Today’s marches were held under the banner “the resistance unites us and will be victorious”, and say hundred of Palestinians come out to protest against Israel’s ongoing occupation and siege of the Gaza Strip and calling for their right to return to homes their families were forced out of in 1948 to make way for the creation of the state of Israel.

Today’s marches come a day after Hamas released details of Israeli occupation officers who took part in an undercover operation to which killed seven Palestinians including Hamas commander Nour Baraka.

NGO: Most Palestinian demonstrators shot in Gaza not in immediate vicinity of fence

A 21-year-old Palestinian was run over by an Israeli army vehicle as he attempted to cross a road yesterday in the southern occupied West Bank district of Hebron.

Israeli forces along with military vehicles had stormed the city earlier in the day.

Hundreds of Israeli settlers live in the heart of Hebron under heavy military guard among some 200,000 Palestinians.

Read: Hebron is braving a storm of Judaisation

Israel has been increasing efforts to Judaise the city which is home to the Ibrahimi Mosque, believed to be the burial place of the prophet Abraham. The site is sacred to both Muslims and Jews and has been the scene of oft-violent tensions for decades.

The holy site was split into a synagogue – known to Jews as the Cave of Patriarchs – and a mosque after US-born Israeli settler Baruch Goldstein massacred 29 Palestinians inside the mosque in 1994.

The majority of Palestinian demonstrators injured by Israeli soldiers in the occupied Gaza Strip since March were not in the immediate vicinity of the perimeter fence when shot, according to newly-published research by Israeli NGO B’Tselem.

Since the “Great March of Return” protests began, more than 5,800 Palestinian demonstrators have suffered live gunshot injuries, in addition to more than 180 demonstrators shot and killed.

Over recent months, B’Tselem field researchers in the occupied Gaza Strip conducted an extensive survey of hundreds of protesters who were shot and injured, including dozens of children.

The sample was designed “to incorporate various protests sites and dates in order to achieve as diverse, comprehensive and reliable a picture as possible, given the complex setting of protests that have been taking place over a long period of time and at many sites along the perimeter fence.”

According to the data published by B’Tselem, 41 per cent of those shot and injured were hit when they were “in the immediate vicinity of the fence”, defined as within ten metres of it.

Thus, in total, 58 per cent of the hundreds of injured demonstrators surveyed by B’Tselem were “not in the immediate vicinity of the fence” when shot by Israeli soldiers.

Additional findings of the research include the fact that two-thirds of the children surveyed (41 individuals) “reported being injured while they were watching the protest, waving a flag, photographing or filming the protest, moving away from the protest, or treating the wounded”.

B’Tselem noted that 83 per cent of the surveyed demonstrators require “prolonged, ongoing medical treatment”, 57 per cent require “rehabilitation and physical therapy”, and ten per cent of the individuals surveyed are now physically disabled.

Israeli forces last night raided a Palestinian school for orphans in occupied East Jerusalem, searching the building for hours after calling the school principal to open the gate.

The Islamic school of Dar Al-Aytam is a boarding school that provides education and  vocational training for Palestinian orphan children from different parts of occupied West Bank. The Israeli occupation forces searched the administration offices, causing damages to its files and properties.

They also raided the Palestinian Ministry of Education’s district office in occupied East Jerusalem. The ministry condemned the incident saying it’s a breach of international law and a violation of the privacy of educational entities.

According to UN OCHA, 44 Palestinian schools in occupied West Bank are under the threat of demolition by the occupation authorities, affecting some 3,700 students.

The recent infiltration of Israeli soldiers into the Khan Yunis province was carried out as a result of “a secret intelligence operation”, Hamas’ senior member Mousa Abu Marzouk revealed yesterday.

The PA’s control over Gaza’s crossings and the absence of the Gaza local security forces, he pointed out, have negatively affected the enclave’s security situation and have opened the door to the entry of suspicious bodies.

“This is a national issue that requires immediate, serious action to free Gaza of its enemies,” the Palestinian official stressed.

On 11 November, violence broke out between Palestinian resistance factions and the Israeli army following the death of seven members of the Al-Qassam Brigades after Israeli special forces infiltrated the east of Khan Yunis province days earlier. The conflict resulted in the death of an Israeli officer and injured another.

The Israeli forces were reported to have focused on attacking houses and civilian towers and facilities during their attack on the enclave.

PLO member Hanan Ashrawi said that Israel employs colonial policies and strategies in its attempt to consolidate its survival in historic Palestine and to promote the continuity of violations of international and humanitarian law.

Israel is deliberately disregarding the international community and its resolutions, relying on the US administration’s total support for all its breaches and the crimes it commits against the Palestinian people, she added.

The demolition of Palestinian structures in Shuafat refugee camp in Jerusalem is part of Israel’s policy of ethnic cleansing and forced displacement, Ashrawi explained.

Israel is also targeting refugees by bringing an end to the services of the UN agency licenced to provide for them, UNRWA, the PLO Executive Committee member added.

Ashrawi called on the international community to impose strict sanctions on Israel and hold the occupation accountable for the continuous crimes it commits against the Palestinian land and people.

Adnan al-Husayni (C), Minister of Jerusalem Affairs and member of the Executive Committee of the Palestine Liberation Organisation (PLO) in Jerusalem on 11 August 2017

Israeli occupation authorities issued an order banning the member of the Executive Committee of the Palestine Liberation Organisation (PLO) and the Minister of Jerusalem Affairs, Adnan Al-Husayni, from travelling for three months and forced him to sign a financial guarantee of 10,000 shekels ($2,676) after confiscating his passport.

On Wednesday, the Shin Bet Security Agency (Shabak) summoned Al-Husayni to the Al-Maskoubiya detention centre in occupied Jerusalem where he was informed of the decision to prevent him from travelling to Lebanon to participate in an international conference organised by the United Nations.

Al-Husayni was due to deliver a speech on behalf of Palestinian Authority President Mahmoud Abbas at the conference, in which Lebanese President Michel Aoun and UN Secretary-General Antonio Guterres will also take part.

The decision also included preventing him from travelling for three months.

The Jerusalem Affairs Department in the PLO condemned the decision, describing it as unprecedented and a scandalous violation of all international norms and laws.

It stressed that “whatever actions are taken by the occupation authorities, they will not be able to silence the voice of what’s right which demands ending the occupation and the establishment of an independent Palestinian sovereign state with Jerusalem as its capital following the 1967 borders.”

“This decision comes within the framework of a series of occupation resolutions that have significantly escalated since the American decision to recognise Jerusalem as the capital of Israel, including the escalation in the Al-Aqsa Mosque, against the Church of the Holy Sepulchre, the demolition of houses, the establishment of settlements and restrictions on the population, and finally the decision to displace more than 700 Palestinians from their homes in Silwan.”

It added that “all these resolutions call on the international community to act urgently to put an end to the Israeli practices and crimes by providing international protection to the Palestinians living under occupation, and ending the occupation itself as it is the last one on earth.”

Israeli media has revealed that in June 1982 Israeli submarine sank a Lebanese refugee ship on its way to Cyprus, killing 25 of 56 people aboard. An Israeli government ban had previously forbidden reporting it.

After the ceasefire and withdrawal of PLO from Beirut following Israeli invasion of Lebanon, an Israeli submarine tracked the Lebanese ship over an hour before firing two torpedoes and sinking it off Tripoli.

The commanding Israeli captain afterwards excused the massacre of innocent civilians by claiming that he thought the ship was carrying ‘terrorists’ and Israel’s regime justified his action claiming that sinking the ship was within his ‘operative judgment’.

Israeli media is trying to whitewash the mass murder as ‘mistake’, claiming that because the captain had came up with the idea that the ship was carrying Palestinian resistance members, it somehow means that nothing wrong was done. That the captain broke a ceasefire when he attacked a ship carrying civilians gets scant attention.

The 25 lost lives are thus joined in the long list of Israeli occupation forces’ ‘mistakes’, one more case of impunity feeding future similar acts against civilians. The protection ‘major A’, the submarine captain, has received from Israel’s regime is a message to other Israeli commanders that they will be dealt in similar way if they repeat his actions.

The submarine which attacked the refugee ship was one of three Gal-class diesel submarines in Israeli navy, built for political reasons in Great Britain but based on German Type 206 submarines.

Media sources in Gaza said the navy attacked the boats less than 3 nautical miles from the shore, west of the Sudaniyya area, north of Gaza city.

The added that the navy also abducted three fishermen, identified as Mohammad Ghaleb Sultan, 27, from the Salateen area, in addition to Yousef Farid Sa’dallah, 35, and Fares Ahmad Sa’dallah, 25, from Jabalia an-Nazla. 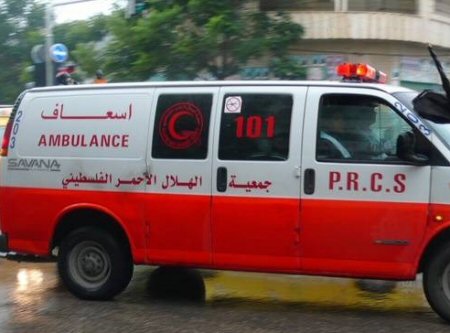 A 21-year-old Palestinian was run over by an Israeli army vehicle as he attempted to cross a road, on Thursday, in the southern occupied West Bank district of Hebron.

The Palestinian Red Crescent Society (PRCS) said that the Palestinian, who was identified as one Rashed Abu Aram, was injured and transferred to a hospital to receive medical treatment.

Israeli forces, along with military vehicles, stormed Hebron City earlier, and roamed through the streets.