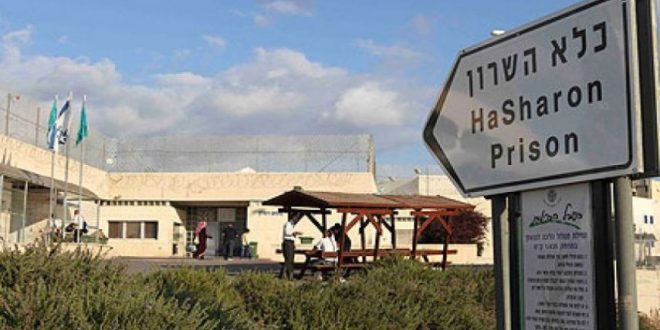 The Palestinian Prisoner’s Club on Tuesday said that the administration of “Hasharon” prison has imposed a number of sanctions and restrictions on Palestinian women prisoners, who are refusing to go out for 48 days in a row to protest the surveillance cameras installed by the prison administration on 5 September.

After the visit of the club lawyer to the prisoners, the administration denied that some of the women prisoners were allowed to visit some of their family members, saying that the hot water was cut off from the section, in addition to blocking Arab channels.

The prisoners also complained from the ill treatment of the clinic doctor about two weeks ago.

The prisoners ‘club pointed out that the cameras were covered several years ago upon protest of the prisoners at the time. However, the administration resumed use of cameras after the visit of the “Committee for the Withdrawal of Prisoners’ Achievements,” which was set up by Israeli Internal Security Minister Gilad Arad, which included confiscating thousands of books from prisoner cells and evaded their provacy.