The news of attacks on places in Syria in retaliation of the so-called poison gas attack with sarin on innocent civilians has – if there is already attention for the Palestinians – the possible attention of Palestine and the continuous attacks of the regime from Tel Aviv on Palestinians repressed backwards.

On 13 April, the Palestinian Ministry of Health indicated that 363 Palestinians had been injured, at least 30 of which had been shot by life bullets and that at least 14 physicians suffered of the inhalation of tear gas. The use of tear gas seems to be applied more often to the protesters, doctors and journalists in Palestine, in addition to the use of gas bombs.

In addition to the daily arrests of Palestinians and firing rockets from certain places in Palestine, the occupying regime from Tel Aviv is also using a new kind of tear gas. Before the tear gas that was used for this was usually of a gray color, the new gas has more the color of yellow / green.

According to contact persons and eyewitnesses on the spot, the doctors who treated a number of Palestinians in a ‘field hospital’ who inhaled the gas were shocked by the results of the gas. The Palestinians got a kind of attack, where the body continued to shock, as if they were under electricity. Bystanders said that the people who had inhaled the gas were bouncing, some trying to throw themselves against a wall to stop it.

In some cases such an attack lasted a few minutes, however, patients who were discharged, after half an hour it was not over and the doctors had no idea how such an attack and therefore the patient had to be treated.

The use of tear gas in warfare has been banned by the International Geneva Convention, however the use on the civilian population in different countries is not yet prohibited but remains controversial.

According to Sven-Eric Jordt, professor of pharmacology at the Yale University School of Medicine, tear gas is not without danger: “… There are plenty of examples where people suffered serious injuries and burns, especially in closed or city streets with multi-storey buildings. Residents living near Cairo’s Tahrir Square who have been given a lot of tear gas have had long-term exposure, which has caused breathing problems. Long-term exposure is very problematic … “

Aljazeera.net
On April 18th, an article was published on the Arabic version of Aljazeera.net about this kind of dark and objectionable things.

The article mentions the fact that since the launch of the Marches of Return the Zionist occupation army has used a number of new ‘weapons’ against the peaceful demonstrators. 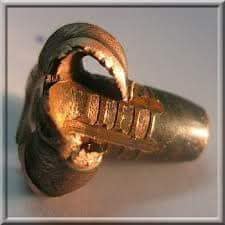 Lead bullet
One of these weapons is the use of a new type of bullet. This bullet is made of lead, but is used in a way that the bullet actually does not explode until the bullet has invaded the body. By using these types of lead bullets, injuries are made deeper in the body, in organs and tissues, which immediately means that the number of victims will increase. The lead will also cause more and serious damage to health, according to a doctor, spokesman for the Palestinian Ministry of Health in the Gaza Strip. This will also increase the number of deaths. In addition, it was reported that these types of lead bullets will lead to fragmentation of bones, muscles, blood vessels and organs, which will require longer surgical procedures.

One of the victims of this type of bullet was the journalist Yasser Murtaja, who was shot in the lower abdomen on April 6, after which the fragments of the bullet penetrated into the spleen, colon, ureter and liver to finally lead to his death.

Tear gas
The article by Al Jazeera also mentioned the fact that the Zionist soldiers use a new tear gas (as mentioned above by our contact persons). It is striking that the doctors indicate that they do not know the gas, but that the gas leads to severe cramps, vomiting and stress, severe cough and a faster heartbeat. In general, a thorough check was needed and follow-up after a general deterioration of health status. Because the gas is unknown and the health complaints are also unknown, the use of this gas is very dangerous and one does not know what more damage the gas can cause to the body.

In other words, there is quite a bit of ‘on the market’ when it comes to tear gas and other weaponry, and in the meantime a new kind of tear gas seems to be being tested on the peaceful demonstrators in Palestine, but the media is once again – as often – very quiet. Which media does this pick up?