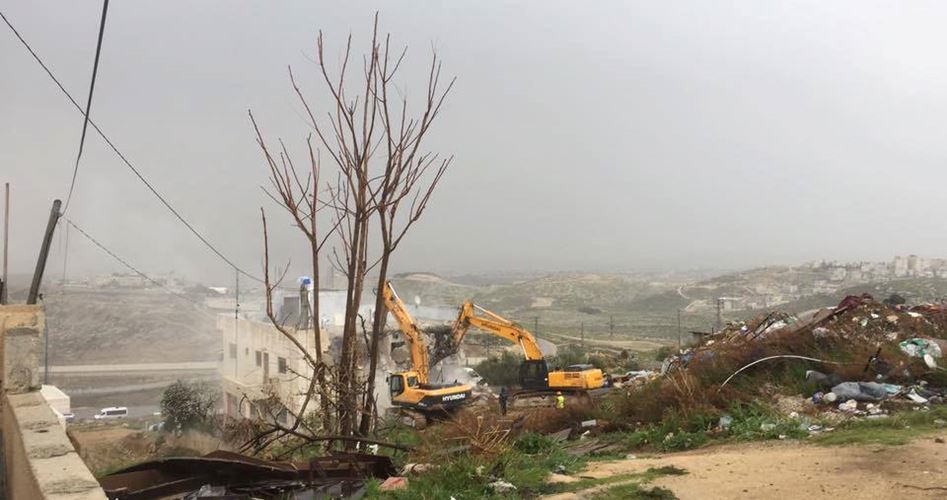 Crews from the Israeli-controlled Jerusalem municipality on Sunday distributed demolition orders against a number of Palestinian structures in al-Isawiya village to the northeast of Occupied Jerusalem.

The Palestinian activist, Mohammed Abu al-Hummus, said that the Israeli crews, accompanied by a military force, stormed the village and notified the demolition of two residential buildings and a barn.

Abu al-Hummus told Quds Press that the municipality crews took photos of some residential and commercial facilities and handed summonses to a number of al-Isawiya residents, pointing out that such practices are witnessed in the village on a daily basis.

The Israeli municipality on Saturday forced a Jerusalemite citizen to demolish his own house in Umm Tuba town to the south of Occupied Jerusalem for allegedly being unlicensed.

The Jerusalemite citizen Jamal Abu Teir told Quds Press that the municipality notified him on Thursday of the demolition of his house that was built two years ago on an area of 40 square meters.

Abu Teir said that he found himself forced to raze his house with his own hands to avoid paying the demolition expenses which may amount to 40,000 shekels.