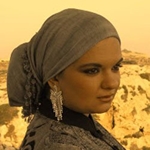 By Ramona Wadi
Amnesty International’s latest warning about a “humanitarian catastrophe” if Israel’s illegal blockade on the enclave is not lifted is the latest in a series about the Gaza Strip. As the electricity supply is restricted even further, Palestinians in Gaza face not only domestic disruption, but also huge gaps in basic public services including healthcare, wastewater management and access to clean water, which is already hard to come by.

Given that 10 years have passed since Israel imposed its stranglehold on Gaza, it is shameful that international organisations continue to warn of an “impending” untenable situation when the present circumstances have already deteriorated, possibly beyond repair even if the present violations are halted and reversed.

Another overlooked reality is the direct and intentional targeting of infrastructure in Gaza during Israel’s 2014 military offensive — Operation Protective Edge — which ensured that Palestinians remain incarcerated as part of a perpetual cycle of destruction.

Amnesty’s press release may make “catastrophe” sound more imminent, yet the choice of words displays a calculated play with probability and the usual delays associated with acknowledging the source of Palestinian suffering as being Israeli violence, international complicity and Palestinian Authority collaboration. “As the occupying power,” Amnesty explains, “Israel has obligations to ensure the basic needs of the civilian population are met. At the very least, Israel must not continue to cut off access to essential supplies.” Furthermore, the rights organisation states that the international community “can no longer turn a blind eye to the devastating suffering caused by Israel’s cruel and inhuman isolation of Gaza.”

Since Israel has twisted all definitions to suit its colonial expansionist agenda, it is almost impossible for international legislation to make any tangible difference with regard to protecting Palestinians’ rights; relevant laws have been enshrined and rarely convey any adaptability according to the political circumstances. Moreover, since Israel in any case operates outside the boundaries of international law and accountability, calling for legislation to be applied is one thing, but actual enforcement is something else.

The UN set a timeframe for 2020 by which Gaza will be “unliveable”. Yesterday, the UN Humanitarian Coordinator in the occupied Palestinian territories, Robert Piper, declared Israel’s decision to cut electricity supply even further to be the result of a “longstanding internal Palestinian dispute”. Apart from playing into the Israeli narrative, Piper’s comment eliminates the dependency cycle which sustains the Palestinian Authority.

There is also a refusal to look at accountability and Israel’s “obligations to ensure the basic needs of the civilian population are met”, if only to ensure that the correct interpretation is being publicised, rather than a version that could have been dictated by the government in Tel Aviv. Gaza has become an experimental zone in which massacres and deprivation determine the slow elimination of their existence, let alone living.

As a result, if international organisations blatantly refuse to acknowledge this cycle, which is tantamount to an “incremental genocide” of the Palestinian people, no amount of statements, ill-worded or otherwise, will translate into action taken against Israel, the colonial power responsible for it all.