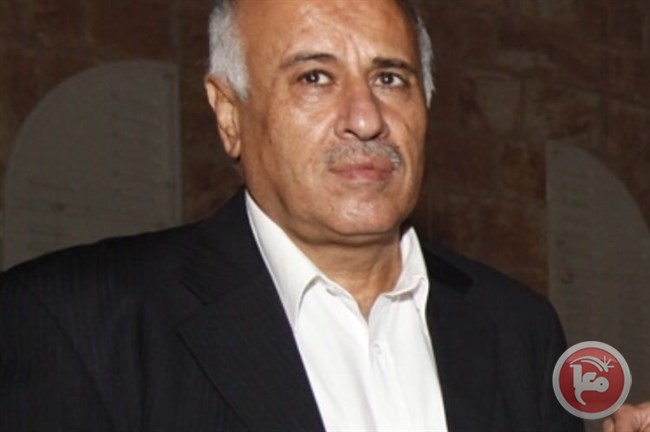 In an interview conducted in Hebrew on the program “Meet the Press,” Rujoub said that “We understand that the wall he (US President Donald Trump) visited is sacred to the Jews and ultimately it has to remain under Jewish sovereignty.”
“There is no argument over this. Obviously, it’s a holy place for Jews,” he added, referring to the holy site, which is also revered by Muslims and known in Islam as al-Buraq Wall.
Rujoub’s remarks referred to a recent visit by the US president to the region, marred by a continuation of mixed messages coming from the Trump administration regarding its stance on East Jerusalem — considered by the international community as an intricate part of occupied Palestinian territory and the capital of any future Palestinian state, despite Israel’s illegal annexation of the territory.
Amid preparations for the visit, US officials said that Israel had no authority over the Western Wall and rejected the possibility of the Israeli prime minister accompanying Trump on his visit to the holy site. The White House later distanced itself from these comments, though shortly after that, Trump’s National Security Adviser H.R. McMaster refused to say whether or not the Western Wall was part of Israel.
Paradoxically, Rujoub continued in the interview to say that the Al-Aqsa Mosque compound, which is located just next to the Western Wall, is still Palestinian property.
“The Temple Mount is ours, not yours, and I think you should stop talking as if it’s yours. That’s the status quo since 1967, as established by Moshe Dayan, and we both have to strive for that. If you want to create an explosion just keep saying ‘it’s ours, it’s ours.’”
The Hamas movement reacted to Rujoub’s interview, slamming the Fatah official for “ceding the Western Wall.”
Rujoub’s remarks sent “a clear message to the occupation, officially ceding a holy, national, and historic place,” Hamas wrote in an official statement.
Hamas argued that Rujoub’s comments reflected a state of “national and moral deterioration” within Fatah’s leadership, which is evidence that Fatah is going forward with “the liquidation of the Palestinian cause and ceding national and holy places (to Israel).”
The statement described Rujoub’s comments as a misguided and misleading attempt to “present Fatah leaders to Israeli society as doves of peace.”
Such remarks, Hamas added, undermined the struggle and great sacrifices the Palestinian people have made on the path to liberation.
Hamas concluded its statement by urging Fatah members to publicly reject Rujoub’s remarks.
Hours after the interview was aired, Rujoub responded to the criticism in a late night Facebook post in Arabic, denouncing media outlets — which he referred to as “yellow journalism mercenaries” — for falsely framing his comments as advocating for the cessation of the Western Wall and East Jerusalem by extension, and denied that he used the Hebrew word for “sovereignty” in the televised interview.
“What I said was that when Trump visited the Western Wall, which is a holy place to the Jews, he did not allow any Israelis to escort him, and that was a message he does not recognize your (Israeli) sovereignty over the place. That’s all I said to Channel 2 and I never mentioned the word sovereignty or Israel at all.”
The fate of Jerusalem has been a focal point of the Israeli-Palestinian conflict for decades, with numerous tensions arising over Israeli threats regarding the status of non-Jewish religious sites in the city, and the “Judaization” of East Jerusalem through settlement construction and mass demolitions of Palestinian homes.
Last week, Trump signed a presidential waiver delaying the implementation of a congressional decision to move the US embassy from Tel Aviv to Jerusalem, despite his campaign promises to do so.
On the issue of Palestine, Trump said in February that when it came to a solution for the decades-long Israeli-Palestinian conflict he could “live with either” a one- or two-state solution, in a significant departure from the US’ publicly held position in favor of a two-state solution to the conflict.
Protests erupted across the occupied West Bank and besieged Gaza Strip in protest of Trump’s brief visit to Israel and the West Bank last month, as a growing number of Palestinians have expressed disillusionment to peace talks brokered by consecutive US administrations that have simultaneously pledged billions in military aid to Israel.
(Source / 04.06.2017)