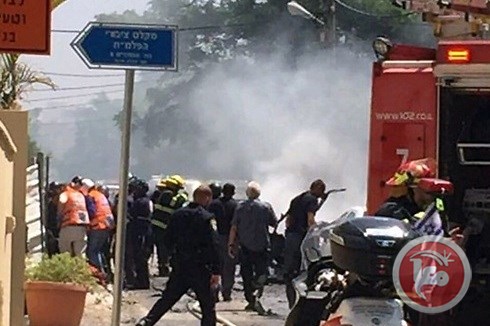 BETHLEHEM (Ma’an) — A handmade explosive device blew up under a vehicle belonging to a Palestinian citizen of Israel in the village of Deir al-Assad in the Galilee of northern Israel on Saturday.

Israeli police spokesperson Luba al-Samri said in a statement that the device exploded under the car of a resident of the town overnight when his car was parked outside.
She said that the resident is in his 50s, while Israeli media reported that the resident was a Palestinian citizen of Israel.
Al-Samri noted that the car had been damaged in the incident, but no injuries were reported.
Israeli media reported that an investigation into the incident has been launched.
(Source / 03.06.2017)