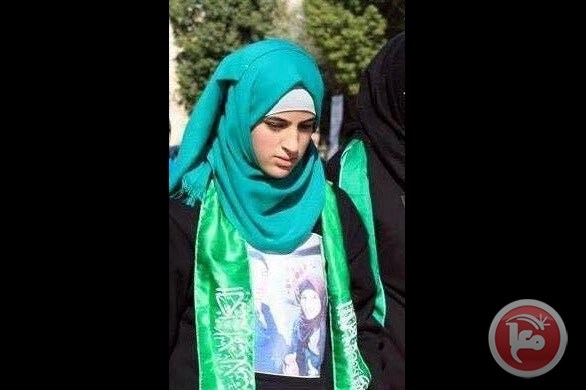 Hammad, a high school student, arrived to her home in Silwad on Thursday after an Israeli court decided to release her.
The teenage girl was detained on May 23 after she was shot by Israeli forces near Silwad. The circumstances of the shooting were unclear, though unconfirmed reports said that the girl was shot because she was throwing stones at Israeli soldiers.
Locals at the time said the girl was shot in the lower extremities and that Israeli troops prevented a Palestinian ambulance from accessing the Hammad to treat her.
According to local sources, Taqwa is the sister of 21-year-old Anas Hammad, who was shot dead in December 2015 after he committed an alleged vehicular attack on Israeli soldiers near the illegal Ofra settlement, which is adjacent to Silwad where the Hammad family resides.
Rights groups have routinely condemned Israeli authorities for their excessive use of force against Palestinians, including minors, during clashes and incidents which could have been handled without the use of potentially lethal violence.
According to UN documentation, Israeli forces have injured 525 Palestinians so far in 2017. In 2016, 3,393 Palestinians were injured by Israeli forces.
Meanwhile, according to Ma’an documentation, 25 Palestinians have been killed by Israelis since the beginning of 2017, nine of whom were minors.
(Source / 02.06.2017)