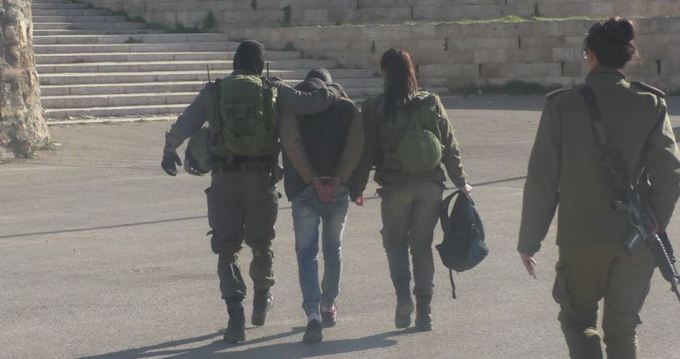 Eyewitnesses told the PIC reporter that both juveniles, who have not been identified yet, were captured during clashes that erupted in al-Ramah Suburb in the city between Palestinian youths and IOF soldiers.

In another context, Israeli forces fired tear gas grenades at the home of al-Himouni family in down al-Khalil. The owner of the house suffered breathing problems due to the intensive firing of teargas canisters.

IOF troops also erected a military barrier at the entrance of Beit Ummar town, north of the city, and stopped the passing by cars for search purposes.