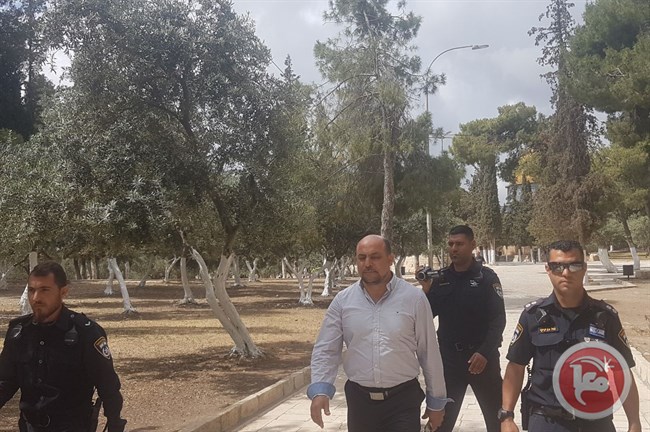 The Palestinian MK, a member of the Islamic Movement party and the Joint List coalition that represents Palestinian citizens of Israel at the Knesset, visited Al-Aqsa to take part in an event called “Jerusalem First,” which takes place every year and is planned by the Al-Aqsa Organization.
Ghanayim was among dozens that arrived to the mosque from across the country to do cleaning and maintenance in and around the holy site.The lawmaker commented on the incident saying, “Al-Aqsa is a religious right for us Muslims and a national right to every Arab and Palestinian.”In 2015, Israeli Prime Minister Benjamin Netanyahu issued a ban on all Israeli Knesset members and governmental ministers — including Palestinians and Muslims — from entering the Al-Aqsa Mosque compound in an attempt to ease tensions at the site
In March, Jewish Israeli lawmaker and far-right “Temple Mount activist” Yehuda Glick petitioned the Israeli Supreme Court to reverse a ban.
Prior to being instated to the Knesset, Glick had commonly taken to the Al-Aqsa Mosque compound with ultra-nationalist Israelis to perform rituals and prayers at the site, a practice Palestinians say is an attempt to challenge long-standing international agreements prohibiting Jewish worship at the holy site.
Netanyahu had decided at the time that the ban would be gradually phased out in three months, if security conditions permitted.