Occupation forces launched a raid on the site of the 17th-west of Deir el-Balah in the central Gaza Strip, resulting in flames in place.

This was followed by targeting the station to send off the “Karni” crossing, east of Gaza City by a missile from warship fighter than destroying it.

The second Hebrew channel, announced Wednesday evening, a rocket fired from the Gaza Strip landed in the Eshkol Regional Council, causing no casualties.

Warning sirens did not ring out in the surrounding settlements in Gaza by means of occupation media.

The sector witnessed at the beginning of February, an Israeli raids and artillery bombardment on the positions of the Palestinian resistance after the launch of a rocket at Ashkelon Coast. (SHEHAB NEWS) 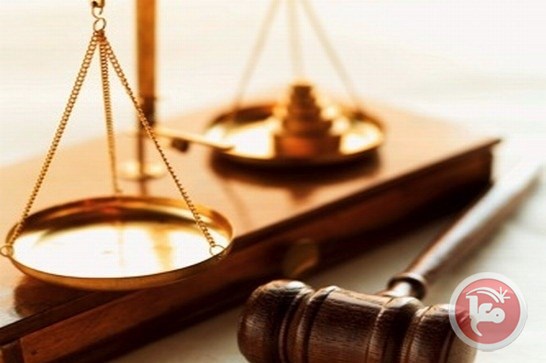 GAZA (Ma’an) — A Gaza military court gave 10 officials affiliated to Palestinian Authority (PA) intelligence services ten days to turn themselves in to authorities in the blockaded coastal enclave on Tuesday.

In a statement made public on Thursday, the court said that if the officials did not turn themselves in within that time frame, they would be considered fugitives and tried in absentia, and that any civilians who knew of the wanted men’s whereabouts but did not report them to Gaza security forces would be charged with misprision.
The statement identified six of the wanted officials as PA intelligence majors Sami Nasman, Jamal Hassouna, Shabaan Abdullah al-Gharbawi, Sabri al-Mazen Askari, Muhammad Sami Abd al-Aziz al-Bardini, and Ibrahim Abu Taha Askari.
The court did not specify what the ten officials were wanted for.
The Fatah-dominated PA and Hamas, the de facto ruling party in Gaza, have been embroiled in conflict since Hamas’ election victory in 2006 elections in the Gaza Strip, which erupted into a violent conflict between the two movements as both attempted to consolidate control over the territory.
Tensions have remained steady as the PA last month decided to hold local elections in the occupied West Bank on May 13 as scheduled, while excluding the Gaza Strip from taking part after Hamas and the Islamic Jihad movement rejected holding elections without first achieving political reconciliation across the occupied Palestinian territory.
Despite numerous attempts at reconciling the groups, Palestinian leadership has repeatedly failed to follow through on promises of reconciliation, as both movements have frequently blamed each other for numerous political failures.
Officials from the Fatah-led PA have criticized Hamas for creating a shadow government in the Gaza Strip and blocking efforts to reach political unity.
Hamas has in turn accused the PA of executing a plan to “eradicate” the movement from the West Bank, accusing Fatah of “escalating security collaboration” with the Israeli authorities through politically motivated arrests and “adopting a revolving door policy” funneling Palestinians from PA jails into Israeli prisons.
(Source / 16.03.2017)

It very clear that the attack was a hate crime

“Before getting into the taxi, the Jews made sure he was speaking Arabic. They got to one destination and then asked to go to another destination, knowing it was a dark place near Kiryat HaYovel”

Fadi Abed, 41, is the taxi driver. He told his friends that the two Jews checked his identity and became sure he is Arabic before entering his cab.

Later on, he said, they intentionally asked him to go to a dark area of Jerusalem’s Kiryat HaYovel Settlement and savagely beat him.

According to the Israeli police, the two Jews aged 20 and 23. The police claimed that they were under the influence of alcohol.

Rani Abed, brother of the taxi drivers, said about the incident: “He picked up two young men from Jerusalem and took them from place to place.”

He continued: “There was no conversation during the drive. Before getting into the taxi, they made sure he was speaking Arabic. They got to one destination and then asked to go to another destination, knowing it was a dark place near Kiryat HaYovel.”

Then, he continued: “When they got to the place, they pulled out two bottles for no reason and without any provocation hit Fadi in the head with them. He suffered serious bruising.”

Rani along many Arabs were furious with the claims of the Israeli police about the incident as the police claimed they were under influence of alcohol.

But Rami insisted: “They meant to do this from the beginning as they checked he was an Arab.”

Participants during the 10th general assembly of Ennahda Party at Olypmic Hall in Rades, Tunisia on May 20, 2016

A member of the Political Bureau of Moroccan Authenticity and Modernity  Party, Abdul Latif Wehbe, has accused France of meddling in the Tunisian affairs and using “force and violence” to prevent the Ennahda movement from leading the government.

Wehbe, who resigned last week as head of his party, said: “France has intervened through force and violence to prevent Tunisia’s Ennahda movement from continuing in office, after it reached it through elections.”

“France was not interested in any Islamic-oriented government in the region, and tried to prevent it,” he said.

Why is France’s colonial chapter in Algeria anything but history ?

However, Wehbe added that France allowed Morocco to have an Islamic oriented-government because “Morocco knows how to manage its problems”.

The Moroccan MP’s remarks coincide with Tunisian media reports about the possible involvement of France in the “assassination” of opposition leaders, Chokri Belaid and Mohamed Brahmi, after French President Francois Hollande admitted to giving orders to carry out assassinations “in favour of France” abroad in his book “A President Should Not Say That: Secrets of Five Years in Office”.

An Israeli occupation court convening in the Moskobiyeh interrogation center in Jerusalem ordered young Palestinian woman Batool Ramahi to 11 more days of detention, forbidding her from receiving a visit from a lawyer until 16 March.

Ramahi, 24, was arrested from her home in the village of Surda near Ramallah in a pre-dawn military raid on Sunday, 12 March.

Meanwhile, Palestinian Legislative Council member Samira Halaiqa was brought before an Israeli military court on Sunday, 12 March, where her detention was extended, and was scheduled to be returned to military court on Monday, 13 March.

Halaiqa’s arrest brought the total number of imprisoned PLC members to 10 and prompted protest in Gaza by PLC leaders affiliated with her Change and Reform bloc, associated with Hamas.

Four more Palestinians from the town of Jiftlik were seized, including Ibrahim Abu Salem Dalakh, Mohammed Abu Gheith Dalakh, Nawaf al-Jahalin and Yasser Abu Hatab. In al-Khalil, three people were arrested, including Rabie Jawad Zaaqiq, Malik al-Jabari, and Salim Mahmoud Tarayreh, 48, the father of Issa Tarayreh, who was 16 years old in September 2016 when he was shot and killed by Israeli occupation forces.

Since International Women’s Day, an average of one Palestinian woman has been arrested by Israeli forces daily, including Joulani, Halaiqa, Ramahi, Souad Shyoukhi – whose brother was killed by occupation forces – and novelist Khalida Ghosheh, currently released on bail after being arrested and interrogated about her forthcoming novel, “The Jackal’s Trap,” looking at Palestinian collaborators with Israel.

Palestinian Health Ministry in Gaza warned on Thursday of a new fuel shortage in its facilities in two months. It appealed to donor international and Arab institutions for urgent intervention in order to guarantee enough fuel amounts at hospitals and primary health centers.

The spokesman of the Ministry, Ashraf al-Qudra, told the PIC reporter that his ministry complains of continuous shortage in fuel supplies for power generators.

The Palestinian official said that the Ministry consumes 450,000 liters of fuel every month distributed over 13 hospitals including 3 grand medical compounds that use too much fuel when power cut offs exceed 8 hours a day.

The besieged Gaza Strip experiences every now and then a power crisis that leave it with only 6 to 8 hours daily of power connection. 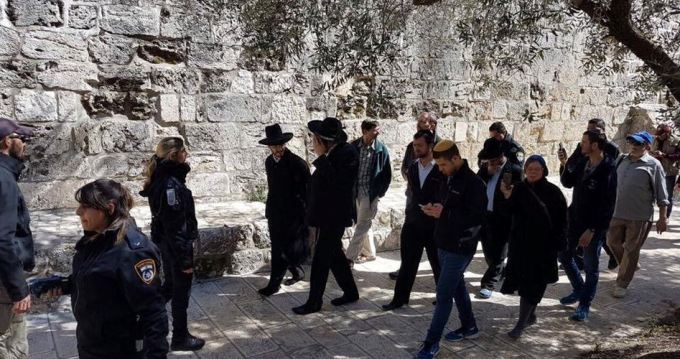 A horde of 35 Israeli settlers, escorted by fanatic MK Moshe Feiglin stormed on Thursday morning the holy al-Aqsa Mosque, in Occupied Jerusalem, via the Maghareba Gate.

35 Israeli settlers, escorted by policemen and the fanatic Israeli MK Feiglin, broke into al-Aqsa place of worship as part of the daily morning break-in shift carried out starting at 7 a.m.

Israeli cops locked the Maghareba Gate shortly after the break in and cordoned off the plazas of the site.

Meanwhile, the Israeli occupation forces have been banning a group of Muslim women from entering al-Aqsa to perform their prayers.

Israeli Haaretz newspaper disclosed that an Israeli military court on Wednesday passed two life sentences in addition to a payment of a quarter of a million shekels as a compensation against prisoner Mohammad Amayreh.

The 38-year-old Palestinian captive Amayreh, from Doura town in al-Khalil, was charged with driving the car which was used in an anti-occupation shooting attack resulting in the death of the headmaster of a Jewish religious school, Michael Mark, last July.

File photo from the UK, where the supermarket giant, Tesco, is seen specifying Israeli settlements as a source for a pack of dates

Protestors outside John Lewis, protesting against the sales of ‘Soda Stream’ a product from an Illegal Israeli settlement in the occupied West Bank

Special milk substitute powder essential for the treatment and well-being of patients suffering from phenylketonuria (PKU) is in dangerously short supply in the besieged Gaza Strip, Quds Press has reported.

Almost 300 Palestinians in the enclave are known to suffer from the rare genetic condition that causes an amino acid called phenylalanine to build up in the body.

According to a spokesman for the Association of the Families of PKU Patients, Musallam Al-Najjar, the lives of the children with PKU in Gaza are at serious risk due to the restrictions imposed on the import of the milk for the past five months.

The milk substitute is the sole treatment and food for PKU patients.

The lack of this milk causes a lot of disorder in the life of the PKU patients and could lead to a permanent disability… We are facing a serious crisis.

Al-Najjar called on the World Health Organisation and other groups to do their best to bring this milk to Gaza in order to help PKU patients.

The acute shortage was confirmed by the Director of the Pharmaceutical Department in the Ministry of Health in Gaza, Muneer Al-Borsh. He pointed out that there is a serious shortage of all medicines on the essential drugs list in Gaza, 30 per cent of which are no longer available.

“What’s more,” added Al-Borsh, “the ministry’s ability to run medical facilities in Gaza suffers from a shortage of 45 per cent of the disposables which are needed for operations, operating theatres and intensive care units to be fully safe and effective.”

GAZA CITY, GAZA – FEBRUARY 12: A Bedouin man is seen near their makeshift huts -without water and basic living necessities, at Gaza Valley in Gaza City, Gaza on February 12, 2017. After becoming homeless, many Bedouins try to continue their lives under hard conditions