Wisam Abed Rabbo said Israeli forces stationed at the Beit El checkpoint– also referred to as DCO — in eastern Ramallah stopped his father Muhammad Rabbo, examined his identity card, and then took him into custody and seized his private car.
Wisam added that his family tried to get answers and an explanation as to why his father Muhammad, a resident of the central occupied West Bank village of Beit Hanina, was arrested but to no avail.
An Israeli border police spokesperson was not immediately available for comment on the report.
(Source / 13.03.2017)

Israeli settlers attempted to raid a kindergarten in occupied Hebron whilst chanting ant-Palestinian slogans, on 12 March 2017

Palestinian families and activists prevented a number of Israeli settlers from raiding a kindergarten in the occupied West Bank city of Hebron yesterday.

Youth Against Settlement (YAS) coordinator Issa Amro said that a number of settlers and their children attempted to enter a kindergarten on Al-Shuhada Street in Hebron’s Old City, but that Palestinian locals were able to prevent them from crossing the fence surrounding the school.

Israeli settlers in Hebron often gather in Al-Shuhada Street and the neighbourhood of Tel Rumeida during the Jewish holiday of Purim.

The settlers chanted a number of anti-Palestinian slogans, including some hailing Baruch Goldstein, who killed 29 Palestinian Muslims in Hebron’s Ibrahimi Mosque in 1994.

Located in the centre of Hebron, the Old City was divided into Palestinian and Israeli-controlled areas, known as H1 and H2, following the Ibrahimi Mosque massacre.

Some 800 illegal Israeli settlers now live under the protection of the Israeli military in the Old City, surrounded by more than 30,000 Palestinians.

Palestinian residents of the Old City face a large Israeli military presence on a daily basis, with at least 20 checkpoints set up at the entrances of many streets, as well as the entrance of the Ibrahimi Mosque itself.

Additionally, Palestinians are not allowed to access much of Al-Shuhada Street with their homes and shops welded shut.

Israeli settlers attempted to raid a kindergarten in occupied Hebron whilst chanting ant-Palestinian slogans, on 12 March 2017

Professors, doctors and researchers from numerous Algerian universities protested outside the headquarters of the Ministry of Higher Education and Scientific Research in Algiers yesterday to condemn the recent decision to freeze grants related to scientific research and academic visits abroad.

A petition has also been signed by more than 100 researchers appealing to the Minister for Higher Education, Tahir Hajjar, to urgently intervene to prevent a significant delay in the grant of a national exchange programme for 2017/2018.

Many tried to contact officials from the Ministry of Higher Education to learn the fate of the national programme and the coming academic year but no explanations were given.

A number of researchers told Algerian news site Echourouk that the vigil was an inevitable result of the decisions taken by the Ministry of Higher Education and Scientific Research concerning the freezing of grants and travel exchange programmes that qualify them to gain new experiences for their research within the latest global study trends.

According to Echourouk, ministry officials were “surprised” at the meeting of student representatives arguing that the ministry had allocated a “safe” scientific research budget.

However protestors have questioned the fate of those funds and financial wrappers allocated to them, asking the minister to open an investigation into the allocation of the funds.

Algeria has seen uproar in the last few months amongst its students and professors demanding a more transparent education system with better opportunities for its students and greater funding and schemes for its researchers and academics.

Eyewitnesses told PIC reported that Israeli forces brutally attacked the mourners and forced them to leave the tent before violently removing it.

Matar’s family stressed that their 25-year-old son was “executed in cold blood” by Israeli police.

Comrade Khalida Jarrar, leader of the Popular Front for the Liberation of Palestine, announced in a live interview on Quds TV on Sunday evening, 12 March, that the Front will not participate in upcoming municipal elections in the West Bank of occupied Palestine, in light of the Palestinian Authority’s continued security coordination with the Israeli occupation and violent attack on demonstrators protesting for the martyr Basil al-Araj.

She announced that the PFLP had decided today to suspend its participation in the elections after the attack on the marchers, including the father of Basil al-Araj. Jarrar demanded that those responsible for the suppression of the march and beating of demonstrators must be held accountable and security coordination brought to an end. She noted that if no action is taken on these key issues, the Front will announce further positions and take additional actions. 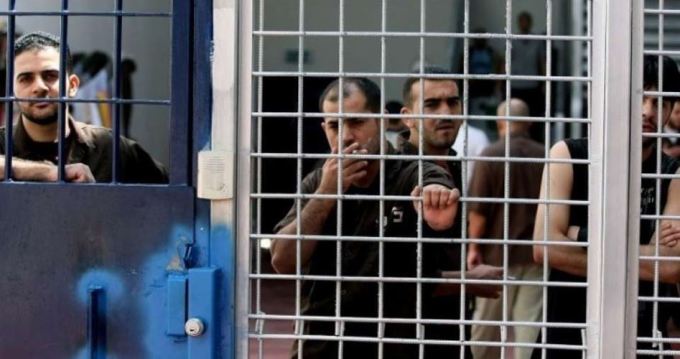 The Palestinian Prisoners Society (PPS) said that the 35 detention orders, without charge or trial, were issued since the beginning of March.

The female prisoner Ihsan Dababsah, from al-Khalil, was placed under administrative detention for six months.

Dababsah was arrested for the second time on Feb. 23.

13 of the reported administrative detainees were arrested for the first time or were recently re-arrested, according to the sources.

Administrative detention is the imprisonment of Palestinians without charge or trial and on the basis of secret evidence for up to six-month periods, indefinitely renewable by Israeli military courts.

Palestinian detainees have continuously resorted to open-ended hunger strikes as a way to protest their illegal administrative detention and to demand an end to this policy which violates international law.

Syrian President Bashar Al-Assad has told the Chinese broadcaster Phoenix Television that his relationship with Beijing is “on the rise” because China is a “real friend” suggesting that his ties with China are strengthening, the Washington Post reported.

China has traditionally played a limited role in the Middle East, despite the fact that it is reliant on the region for oil, but lately has been attempting to end Syria’s war.

In the television interview Al-Assad said the two countries agreed on China’s use of its veto power last month to block a UN resolution to sanction Syria for using chemical weapons against its citizens. China’s use of the veto created stability and political balance against the West, said Al-Assad.

He added that Chinese investment in the residential sector, infrastructure and industrial projects would be welcome.

Over the last few years some members of the Muslim ethnic minority, Uighur, have left western China for Syria – where they have joined Daesh – to carry out attacks in the Middle East. They have also warned that they may strike China. Al-Assad has said that co-operation on matters of Syrian and Chinese intelligence is “crucial”.

A larger role in the Middle East

China is seeking to take on a larger role not just in Syria, but in the wider Middle East. Last week Chinese Foreign Minister Wang Yi described China as a friend to Saudi Arabia and Iran. Saudi King Abdullah is set to visit China this week.

Last year China offered support for Yemen’s government, which is backed by a Saudi-led coalition against the Houthis. Beijing has offered to mediate between regional rivals Saudi Arabia and Tehran with the view to promote regional stability.

The only way to reach a settlement with the Palestinians is by a territorial and population swap, defense minister says. MK Ghattas: Lieberman is an immigrant, the Palestinians are the masters of the land.

Defense Minister Avigdor Lieberman said on Monday that a solution to the Israeli Palestinian conflict should include stripping Arab citizens of Israel  – including lawmakers – of their citizenship.
In a Facebook post, Lieberman said that “any attempt to resolve the Palestinian issue on the basis of land for peace is destined to fail,” suggesting that the only “way to achieve a lasting settlement is by territorial and population swaps as part of an overall regional settlement.”
“There is no reason for the establishment of a Palestinian state without a single Jew – 100 percent Palestinians, while Israel should be a bi-national state with 22 percent Palestinians. There is no reason why Sheikh Ra’ed Salah, Ayman Odeh, Basel Ghattas or Haneen Zoabi should continue being Israeli citizens.”
Salah, the leader of an Islamist group, has been jailed in the past on allegations of calling for violence, while the other three people are Israeli Arab lawmakers of the Joint List party, who have come under criticism in the past for their activism and criticism of Israel.
Lawmaker Ayman Odeh, the leader of the Joint List, said in response that “the supposed responsible adult member of Netanyahu’s extremist right-wing government is the one who proposes a forced transfer of civilian population.
“The government of settlers knows the Arab minority would play a key role in a campaign to change the government, therefore they threaten obsessively to strip us of our citizenship. “

“The Joint List shall flourish and grow in the next elections whether Lieberman and the other madmen on the right like it or not, to the point of gaining the critical weight necessary to oust them from government,” Odeh said.
MK Ghattas responded that “there is no doubt that Lieberman, an immigrant from Moldova, doesn’t understand the meaning of a homeland or its native people.
Under any possible future settlement there will be neither room for any land-grabbing settlers in a Palestinian state nor any room for racists the likes of Ivet. The Palestinians living today in Israel are the masters of the land, and Lieberman is just a passing guest.”
Lawmaker Issawi Freij (Meretz) said that after having given up the triangle area – the site of a cluster of Arab villages along the West Bank border – “Lieberman is now ready to give up Haifa, as well, the hometown of MK Ayman Odeh. Perhaps this is the defense minister’s way of finding a solution to the ammonia tank issue.”
Haifa has been battling Israeli chemical firms in the courts to try to rid the city of the poisonous industrial tank along its northern edges.
“The fact that the defense minister of Israel calls to strip parliament members of citizenship only because they are Arabs,  pushes Israel even further away from the norms of democratic rule toward a dictatorship that persecutes its citizens and seeks to deny their citizenship,” Freij said.

Palestinian female MP of Hamas Movement Samira al-Halayka is scheduled to be brought to Ofer military court on Monday for the second time within 24 hours.

A first court session was held on Sunday for the female MP during which her detention was extended for 24 hours.

During the session, the Israeli prosecutor demanded to extend her detention for five days. However the judge refused the demand. 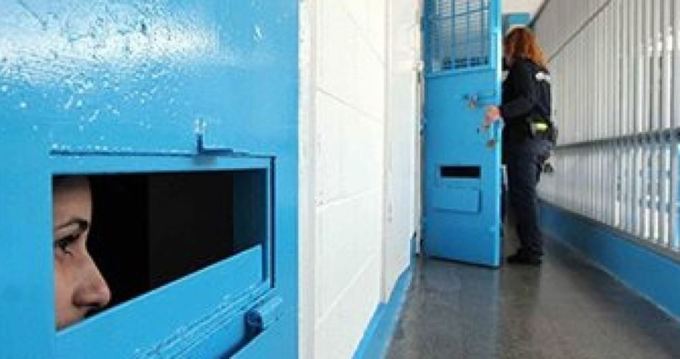 The arrest of Palestinian female prisoner Batoul al-Rumhi, 24, was extended for 11 days after being prevented from meeting her lawyer, rights sources revealed on Monday.

The court also extended her arrest for 11 days, the sources added.

Batoul was arrested earlier Sunday from her family source in Surda town south of Ramallah.