Hamas spokesman Fawzi Barhoum said, in a press release, that his Movement viewed with utmost concern Abbas’s statement that asked for 22% of historical Palestine for the Palestinians and gave up the rest to Israel, describing it as a “national crime”.

Nobody, regardless of his position, has the right to abandon one inch of the Palestinian land, he highlighted.

Abu Zuhri called in his Twitter account on all the free people around the world to unite their efforts in the face of “Israeli terrorism” and in support of the Palestinian people.

Earlier on Sunday, Lieberman renewed his earlier threats to assassinate Haniyyah before he leaves office.

In a live chat, Lieberman was asked about his promise before he was appointed Army Minister to eliminate senior Hamas leader Ismail Haneyyah. “It is wise to progress responsibly,” he answered.

“Speak with me about Haneyyah at the end of my term as Defense Minister,” he proclaimed.

Lieberman’s statements came only few days after the assassination of al-Qassam commander Mazen Fuqaha outside his house in Gaza city by six bullets to the head.

A Palestinian youth was kidnapped by the Israeli occupation forces (IOF) at noontime Monday near Hawara checkpoint, south of Nablus, on allegations of an attempted anti-occupation stabbing.

The Israeli army spokesman said a Palestinian youth was arrested after he attempted to stab Israeli soldiers.

Reporting from the scene, eyewitnesses told the PIC that the young man was walking near the checkpoint while an Israeli woman suddenly fled the scene. A group of soldiers deployed in the area nabbed the young man.

A snapshot circulated by Hebrew-speaking news outlets showed a sharp object thrown on the ground and purported that it was carried by the youth.

The Syrian opposition delegation to the Geneva talks denounced Bashar Al-Assad’s “killing machine,” saying that 15 civilians were killed and 70 more wounded in airstrikes on a public market in the town of Hammouriya in Rural Damascus on Saturday.

Nasr Hariri, lead negotiator of the opposition High Negotiations Committee (HNC), said after meeting the UN envoy on Saturday that terror in Syria is represented by the Assad regime, militias of the Iranian Revolutionary Guard, ISIS, and Al-Qaeda.

“I am talking about the killing machine and terror machine of the Assad regime,” Hariri said, reading the names of victims of the “massacre” to reporters in Geneva.

Hariri also accused the Assad regime of the forced displacement of civilians and imposing “demographic change” in the country.

“Any political solution would not be meaningful or credible if it was not accompanied with a real ceasefire on the ground,” Hariri said. “If we don’t have that real ceasefire then things will deteriorate very badly.”

Activist in eastern Ghouta said that at least 18 civilians, mostly women and children, were killed and dozens more injured in airstrikes in the town of Hammouriya on Saturday.

The Israeli Occupation Forces (IOF) on Monday forced their way into the house of the Palestinian cartoonist Osama Nazal in western Ramallah and confiscated all his drawings.

Nazal, from Kafer Naama village west of Ramallah, affirmed that IOF soldiers violently stormed his family house at 4 am and destroyed his atelier before confiscating his drawings for unknown reasons.

Libya has been told it owes Jordanian hospitals approximately $300 million in unpaid debts for treating its citizens.

During a visit by a Libyan delegation last week, the Jordan’s Private Hospitals Association informed the group of the debts which the delegation agreed to pay.

A committee tasked with settling the issue of the Libyan medical debts along with staff from the Libyan embassy in Amman met with representatives from the country’s hospitals and agreed to settle the bill, a statement said.

The debts are believed to have accumulated from 2011 when some 80,000 Libyans were treated in Jordan. In some cases, entire families travelled to Jordan staying in expensive hotels at Libya’s expense while only one member was treated for injuries not linked to the war.

By September 2013, Libya owed private health care companies $80 million and the amount increased to $300 million when the Thinni government agreed to pay Jordanian as well as Tunisian healthcare debts but failed to do so since.

Libya’s willingness to address the debts now is reportedly thanks to Khalifa Hafter, according to Jordanian weekly Assabeel. The head of the Libya National Army ordered for the outstanding debts to Jordan to be paid.

Some 13 Palestinians detained in Thailand asked President Mahmoud Abbas to mediate to secure their release.

The Working Group for Palestinian Syrians revealed today that dozens of Palestinians and Syrians jailed in Thailand live in extremely poor conditions. The detainees are held in immigration detention centres (IDC) that house refugees or residents whose visas or residency permits have expired.

“The IDC prison has the worst service facilities. Food is of poor quality, prison guards bar migrants from going out for air, and the inmates complain of overcrowding,” said the group quoting one of the Palestinians who were detained there.

Tension has been running high at holy al-Aqsa Mosque on Monday after Muslim guards uncovered a stone-theft attempt by an Israeli archaeologist.

A PIC news correspondent said Israeli cops cordoned off the plazas of al-Aqsa Mosque and kidnapped two Muslim guards—Salman Abu Mayala and Luay Abu al-Saad. Both detainees were dragged to an Israeli detention center in the Old City of Occupied Jerusalem.

Director of al-Aqsa Mosque, Sheikh Omar al-Kiswani, was aggressively shoved by the Israeli forces as he attempted to prevent the occupation cops from arresting al-Aqsa staff members.

Meanwhile, the peaceful Muslim worshipers kept chanting “Allah is the Greatest” in protest at the assault.

Hordes of Israeli settlers, escorted by police troops, stormed al-Aqsa Mosque via al-Maghareba Gate at the early morning hours and performed sacrilegious rituals, in the second such move carried out over the past couple of days by the so-called Haredim fanatics dressed all in black. 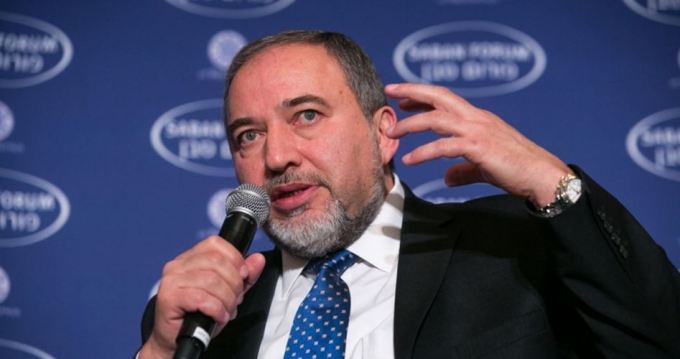 Israel’s Army Minister Avigdor Lieberman declared Sunday evening that his country is “conducting a new policy against Hamas in a responsible and determined form” since he came to office in June 2016.

In a live chat, Lieberman was asked about his promise before he was appointed Army Minister to eliminate senior Hamas leader Ismail Haneyyah. “It is wise to progress responsibly,” he answered.

“Speak with me about Haneyyah at the end of my term as Defense Minister,” he proclaimed.

Lieberman’s statements came only few days after the assassination of al-Qassam commander Mazen Fuqaha outside his house in Gaza city by six bullets to the head.

In response to a question about a recent report saying there are 15 tunnels reaching into Israel from the Gaza Strip, Lieberman dismissed the claims, saying “there are not 15 tunnels that cross into Israel.”

“If there are any tunnels at all, there are far, far fewer,” he added.

On the other hand, Lieberman said, when asked about military strategy, that there is no intention to re-occupy Gaza Strip or to establish new settlements there.

There is no new version of the Tunisia’s National Reconciliation Law, the head of the Ennahda movement said yesterday.

In an interview with QudsPress, Abdellatif Mekki added that there are calls to draft a broader national reconciliation law outside the transitional justice phase.

He explained that the movement’s position of the old reconciliation law has not changed, noting that the old structure is working hard to prepare for the upcoming elections in 2019.

Mekki warned that the controversy over the reconciliation law, which he believes is different from the old economic reconciliation law in terms of its broader capacity, could disrupt the demands to set the date of the local elections before the end of this year or be passed in parallel with setting the date for them.

Member of Parliament for the Democratic Movement, Samia Abbou, stressed the need not to pass the law even if there were calls for civil disobedience.