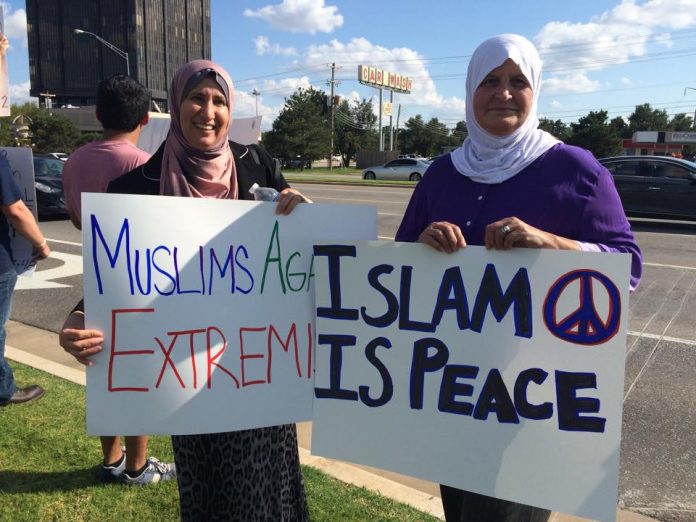 After an interfaith dialogue session yesterday, I was approached by a Christian brother who asked, “My Muslim friends said that ISIS is not Muslim. Is that true?”

The question speaks to a deeper issue at hand. On one hand, non-Muslims are increasingly feeling the anxiety and fear of violence perpetrated by Muslims. But Muslims are also getting more apologetic and the tendency to dismiss terrorism done in the name of Islam as “these people are not Muslims” or in an oblique sense, “nothing to do with Islam”, will not address the situation nor allay the fears of non-Muslims. If ISIS is not Muslim, what are they? Christians, Buddhists, Hindus or Atheists? Clearly, this is not the case. ISIS is Muslim in every sense of who they are. But is ISIS ‘Islamic’?

Well, it depends on what one understand by ‘Islam’. Islam can mean many things to different people. To claim for a single Islam is to make the same mistake as those in ISIS who peddles that there is only one single way of being Muslim. Hence, before we can address the issue of extremism, terrorism and violence among Muslims, we need to first acknowledge the diversity in understanding and interpretations on Islam.

Islam is a sum total of its various manifestations in history and over time and space; it is a spectrum, ranging from the most extreme ideas (and we have that in early Muslim history, such as the Khawarij or Kharijites) as well as the other liberal end of the spectrum.

But despite the spectrum of beliefs, the religion has developed some core aspects in its teachings and these core aspects are what the majority of Muslims subscribe to. It includes an ethical system that upholds certain fundamental values such as peace, mercy, compassion, justice, etc. They are aspects of the universal within the faith that very few Muslims will disagree with. How they understand or actualise these values may differ, but no Muslim would uphold murder of innocent lives as justifiable – even the terrorists. But this is where the terrorists depart from the majority of Muslims by seeing everyone who disagree with them (Muslims and non-Muslims alike) as the ‘enemies of Islam’ and hence, everyone is complicit and no one is innocent. The consequence of this is that ISIS sees their act of killing as justified and not ‘unIslamic’. This is a twisted argument but an argument that Muslims have to confront with, nonetheless.

One of the essential question to ask also is, why are some Muslims attracted to join ISIS? Clearly, there is no single answer. It may lie in their psychological make-up, mental state, or even their desire to correct what they saw as ‘injustices’ or assaults against their dignity as Muslims and their religion (read: Western neo-imperialism in Israel, Afghanistan, Iraq and elsewhere). But it is also true that ISIS has exploited unresolved issues within the Islamic traditions (such as the idea of slavery, caliphate, dhimmi, hudud, etc) as well as tapped upon some popular religious imagination (end-times, black army, etc). In this sense, ISIS is not Christian, Buddhist, Hindu or secular-atheistic, but is clearly operating within the Islamic imagination, ideas and interpretations.

Given the situation, Muslims can no longer be dismissive of the problem at hand. At most, Muslims can say that ISIS represents an extremist end of the spectrum that the majority of Muslims do not subscribe to. In other words, what ISIS is doing is criminal. But like any other Muslim criminals like robbers and rapists and murderers, we cannot simply excommunicate them by saying, “These are not Muslims”. For who has the right to say who is a Muslim or not as long as one confesses to be Muslim? What we can do is to point to the criminal behaviour and act and say, “As a Muslim, I reject that and I uphold a different understanding of Islam – one that is subscribed to by the majority of Muslims past and present.” There is no need to be apologetical and say, “ISIS is not Muslim” or “Nothing to do with Islam”. Clearly, those in ISIS are indeed Muslims; and their behaviours and acts have something to do with Islam – in as much as they represent an extreme interpretation that the majority rejects.

And in my final remarks to my Christian brother who might not be in a position to decide what is valid or invalid interpretation within Islam, I quoted Jesus’ wisdom: “by their fruits, you shall know them”.