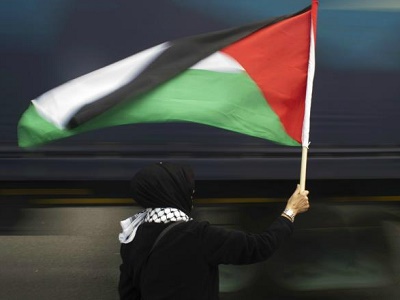 Palestine will be represented at the Rio Olympics, 2016

Palestine’s National Olympic Committee (NOC) has declared that Israeli authorities have withheld the Palestinian 2016 Olympic team’s uniforms and equipment, forcing participants to travel to Brazil without its gear.

Secretary-General of the Palestinian NOC, Munther Masalmeh, stated that the gear has not cleared customs yet.

An Olympic official said Israel had been holding the equipment, mostly donated to the Palestinians by foreign governments, demanding payment of taxes or entry fees and sometimes under claims of security.

He stated: “We got one shipment several months ago and we have not been able to bring it in,” adding, “We were forced to travel without our equipment and to buy them instead in Brazil.”

Palestine’s athletes headed for the Rio 2016 Olympics include two swimmers, two runners, a judoka and a dressage rider.

Mayada Sayyad has qualified to the 2016 Olympic marathon, while Christian Zimmerman booked his spot at the dressage riding event.

Simon Yaacoub was invited to compete in the extra-lightweight category at the judo tournament and Mohammed Abu Khoussa will run in the 100-meter sprints.

Israeli authorities have made a habit of intruding on Palestinian sports. The Palestinian NOC’s official website includes a report titled “Israeli Occupation Transgressions against Palestinian Sports,” which illustrates a series of unexplained detentions of the national team, athletes and sports personnel.

Palestine has previously asked the football governing body FIFA to ban Israel for hindering the movement of Palestinian athletes based on alleged security reasons. These efforts were unsuccessful.