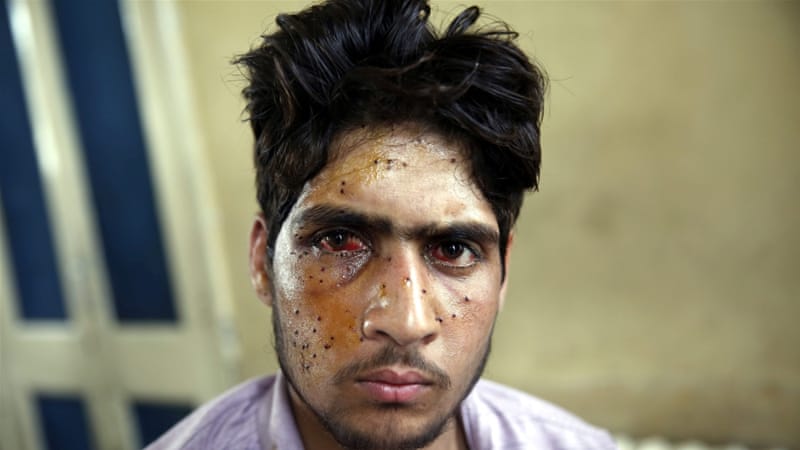 Pellet guns have no place in law enforcement and should be banned immediately, human rights group Amnesty International India has said, following the death of a third person owing to injuries inflicted by the weapons in Indian-administered Kashmir.

Amnesty’s comments on Thursday come a week after the Indian government promised to set up a panel to investigate the use of pellet guns as a method of crowd control in the region.

Since July 8, at least 50 people have been killed and hundreds injured as Indian security forces and protesters faced off and the tensions show little sign of abating.

Parts of Kashmir are still under curfew as protests and violence rock the Kashmir valley, almost a month after security forces killed rebel leader Burhan Wani and two other fighters in southern Kashmir.

Medical officials estimate that up to 100 people will lose the use of at least one eye after suffering injuries to the face owing to riot police using pellet guns to quell protests.

Amnesty said that the Jammu and Kashmir government should immediately stop using the weapons.

“Pellet guns are inherently inaccurate and indiscriminate, and have no place in law enforcement,” Zahoor Wani, senior campaigner of Amnesty International India, said.

“They cannot ensure well-targeted shots and risk causing serious injury, including to bystanders or other protesters not engaging in violence. These risks are almost impossible to control,” he said.

“The autopsy report said that Riyaz was shot from a close range, and there were multiple pellet injuries to his vital organs,” Wani said.

The Indian government has faced criticism for its response to the protests in Kashmir. On July 21, the interior ministry said it would reconsider the use of pellet guns as a method of crowd control.

“We will form an expert committee on this that will give its report in two months so that such incidents are not repeated in future,” Rajnath Singh, India’s interior minister, said. 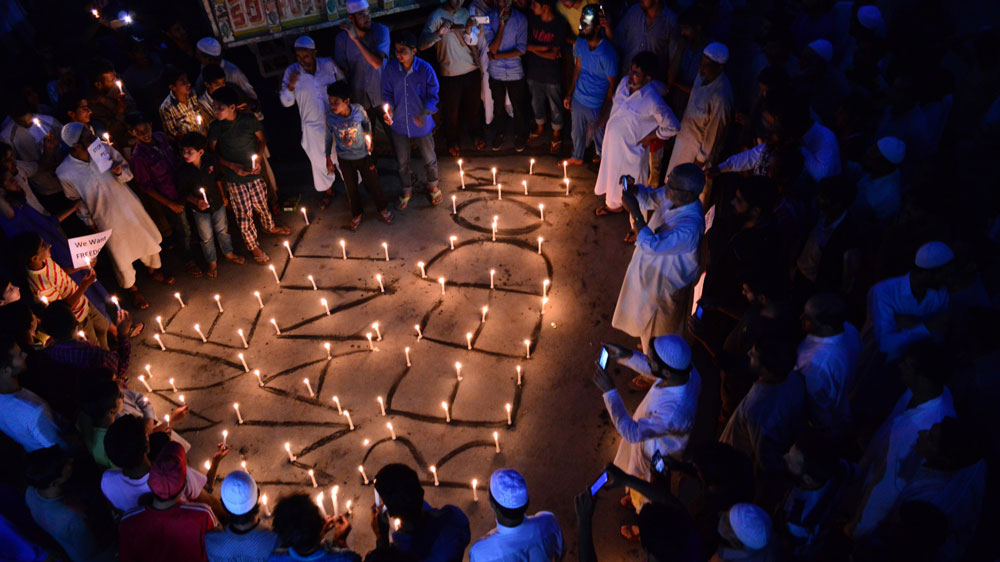 Khurram Parvez, programme director of the Jammu and Kashmir Coalition of Civil Society (JKCCS), said that while the Indian government is “deliberating on the matter”, security forces are still using the weapons on the street.

He said the Indian government’s comments were merely “a smokescreen to confuse” and to “delay”.

The Jammu and Kashmir government has previously described the use of pellets as a “necessary evil”.

Naeem Akhter, spokesperson for the Jammu and Kashmir government, told Al Jazeera that “a decision had been taken to phase out pellets.

“The use of pellets were inherited from the previous government … we have always been against it,” he said.

Organisers of the campaign “Kashmir Blind Spot” have urged people around the world to write to the Office of the UN High Commissioner for Human Rights and promote the issue on social media.

“We are trying to draw attention to the Kashmir story. We feel that Kashmir has become a blind spot and the world has lost its sight when it comes to our story,” Khurram Parvez of JKCCS said.

Although pellets are not meant to cause deaths, at least nine people have been killed in the region since they were introduced in 2010.

On July 13, a doctor at the Shri Maharaja Hari Singh Hospital, in Srinagar, told Al Jazeera that his department had been overwhelmed by patients with eye injuries.

“We have operated on more than 90 people with injuries to their eyes. Many have multiple injuries with pellets lodged inside their eyes, forehead, back and abdomen. Many need multiple operations. It is very painful and gruesome,” he said.

Over the past two decades more than 60,000 people have been killed in Kashmir, which is divided between India and Pakistan with both claiming the territory in its entirety. 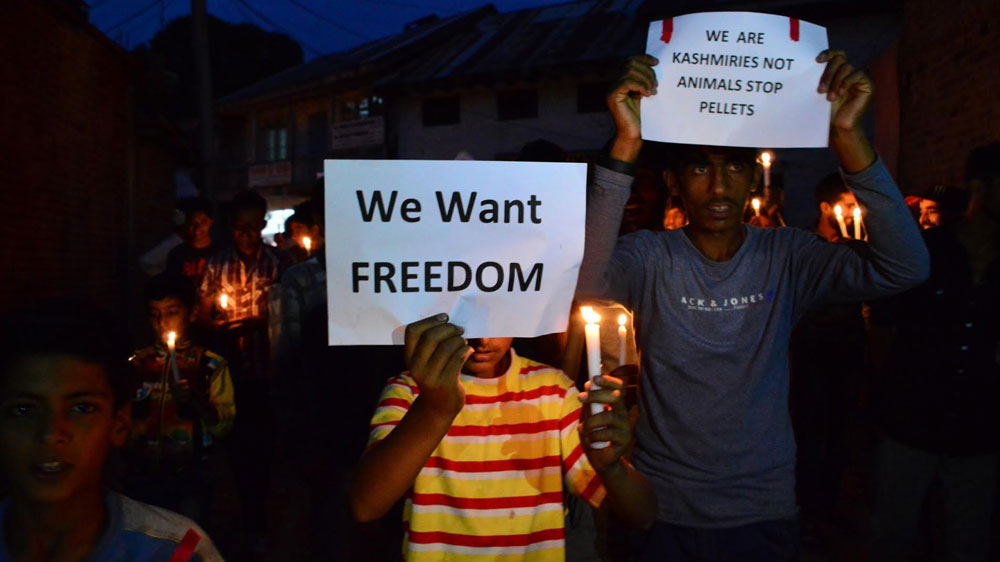