Court orders the release of Mohamed El-Zawahri on parole, the brother of current Al-Qaeda leader 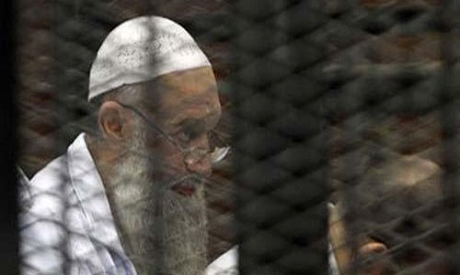 According to Al-Zawahri’s lawyer Adel Moawad, his client should be released soon since he is not detained in any other case. However, the prosecution has the right to appeal the court decission,

A judicial source told Ahram Arabic website that the decision to release El-Zawahri pending trial was due to his poor health condition.

According to judge Hussein Farid, the head of the Cairo Criminal Court that released El-Zawahri, the defendant must show up to court every 45 days and be under police surveillance.

El-Zawahri is officially accused of joining a terrorist organisation – Al-Qaeda – as well as other charges including attempting to overthrow the regime and promoting radicalism.

El-Zawahri, the brother of current Al-Qaeda leader Ayman El-Zawahri, was arrested in August 2013 on charges of membership of a terrorist organisation.

In 1999, Mohamed Al-Zawahri was sentenced to death in absentia for a handful of terrorist attacks in Egypt.

In June 2011, a military court accepted Al-Zawahri’s appeal against the death verdict; the case was closed and the 63 years old Jihadist was released.