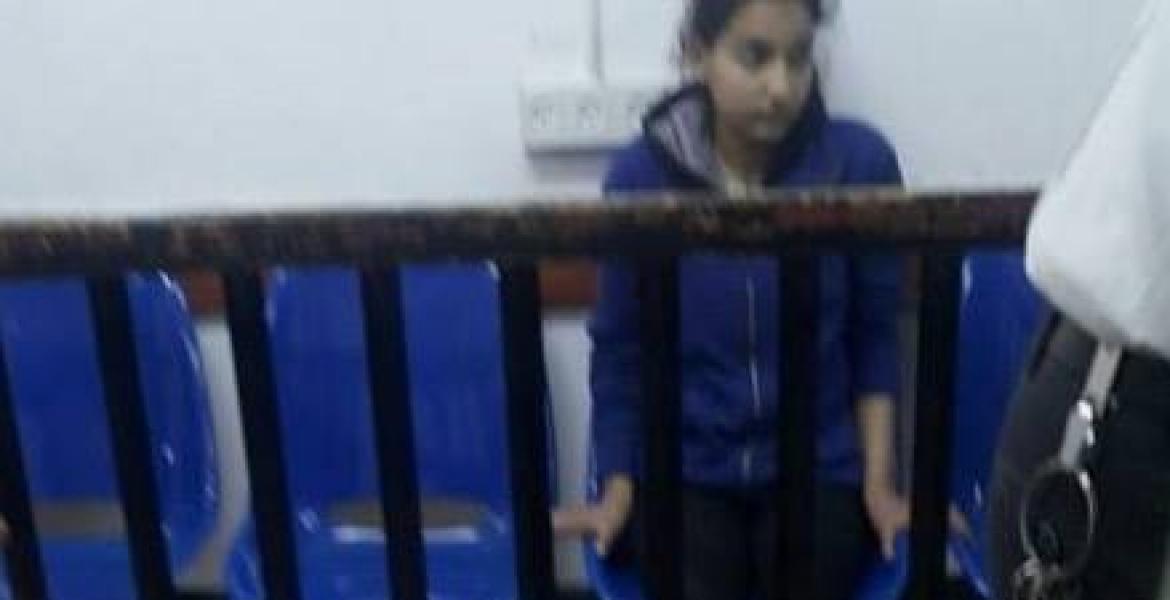 The Israeli court at Ofer prison had on Thursday sentenced the 12-year-old Palestinian girl Dima al-Wawi to four months and a half in prison and an eight-thousand-shekel fine.

Al-Wawi, a 7th grader from the West Bank town of Halhoul, near Hebron, was arrested on February 9 while on her way to school wearing her school uniform. She currently is the youngest Palestinian in Israeli prisons.

The Israeli occupation charged the 12-year-old Al-Wawi with wielding a knife at armed guards in an attempted anti-occupation attack.

Al-Wawi showed up in court wearing the same school uniform she had on the day of her arrest. Her family asserted that they were prevented from visiting their child or bringing her new clothes, despite the cold weather and harsh conditions in Israeli detention centers.

Family members also stated that they have been prevented from speaking to their daughter before or even during trial, confirming that Dima was interrogated without the presence of a parent or a lawyer.

Using coercion or torture to obtain confessions drafted in Hebrew, a language most Palestinian children do not understand, is commonly practiced against Palestinian minors who are prosecuted by the occupation’s military courts.