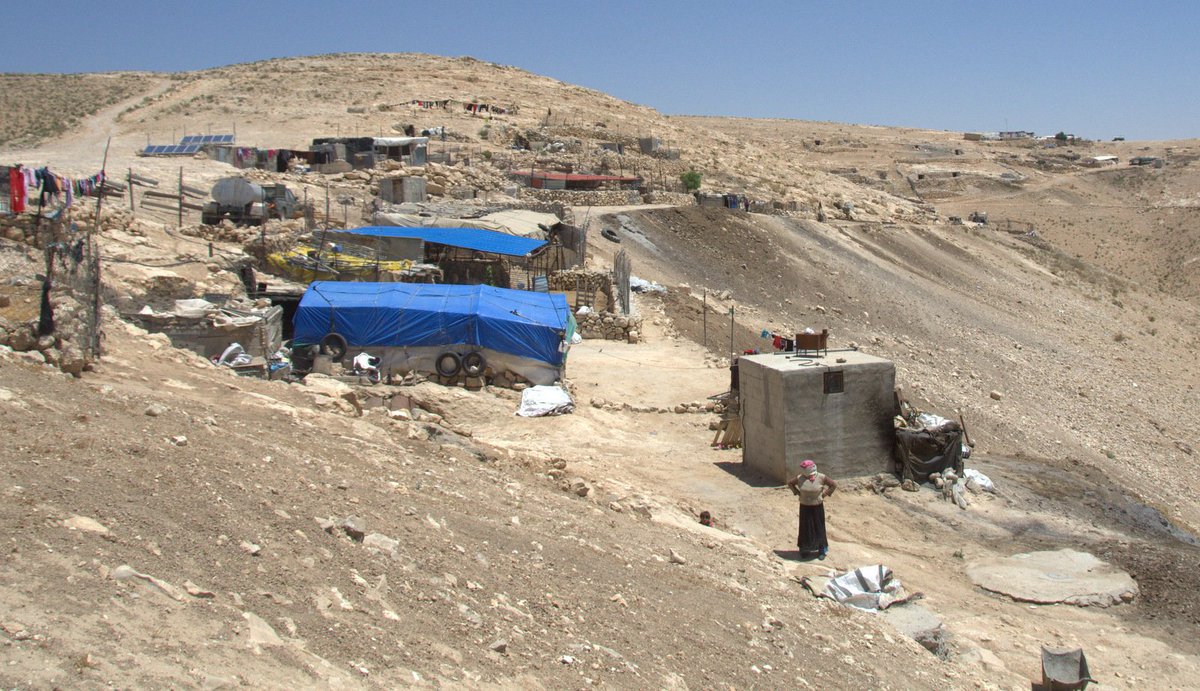 HEBRON, February 1, 2016 (WAFA) – Israeli forces Monday notified Palestinians in Masafer Yatta, a Bedouin congregation to the south of Hebron, about their intent to demolish residential structures which shelter their families, according to local sources.

Rateb Jabour, coordinator of the Anti-Settlement Commission in Hebron, said an army force broke into Halawa and Tabban, two small villages in Masafer Yatta area, and took pictures of residential tents and structures, as well as notified the owners of their intent to demolish the said structures next week.

Located in Area C of the West Bank, under full Israeli administrative and military control, the area has been subject to repeated Israeli violations by settlers.

Operation Colomba, Nonviolent Peace Crops, has reported on multiple violations by the Israeli authorities in the area, including house demolitions, demolition of animal barns and other health facilities.

The congregation is surrounded by four settlements – deemed illegal under international law – namely, Ma’oun, Karmae’l, Yaqoub Dali, and Lifna. It has therefore been a frequent target of almost weekly attacks by Israeli Jewish settlers.

Nearby Israeli military checkpoints and bypass roads allocated to Israeli settlers have restricted local Palestinians’ access to their land, workplaces and market.