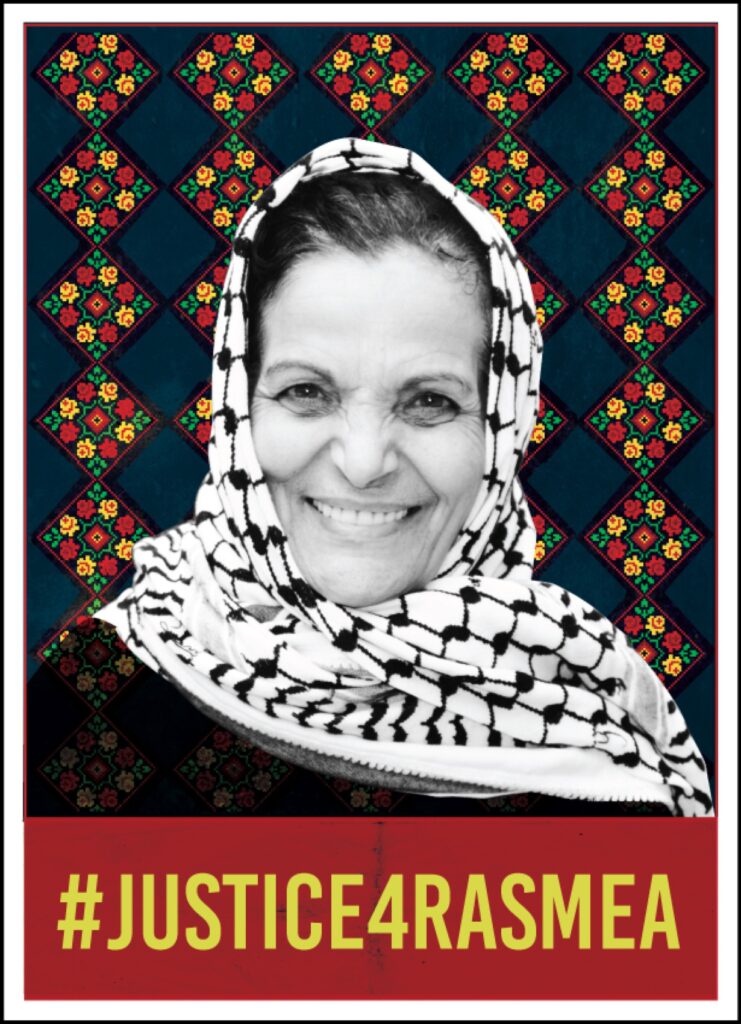 From the Rasmea Defense Committee:

Rasmea Odeh has dedicated her life to the cause of a #FreePalestine and to Arab communities across the world, including the past 12 years in Chicago, so we must continue to organize to win #Justice4Rasmea–while she is appealing her unjust conviction for Unlawful Procurement of Naturalization, as well as the cruel sentence of imprisonment AND deportation.

We do not anticipate it this week necessarily, but we are expecting that a decision will be coming down from the appellate court very soon, so prepare your city, organization, and / or campus for our Emergency Response Plan:

Although we are confident that we will win the appeal and have the conviction overturned, there is a chance—as we reported right before the end of 2015—that the appellate court will uphold the conviction, ruling in favor of the government. If that happens, it is very likely that Rasmea will be ordered to turn herself in to federal prison authorities, while we petition to keep her out on bail.

If this worst-case scenario decision comes down BEFORE 12 NOON, and Rasmea is ordered to prison, we are calling for protests the VERY SAME DAY at 5 PM at federal buildings across the country.

If the decision comes down AFTER 12 NOON, we are calling for protests the NEXT DAY at 5 PM. Allies and supporters across the world will also be participating in the emergency response by protesting at U.S. consulates and embassies everywhere.