After nearly 10 months of war, the destruction of Yemen continues with little respite for civilians. 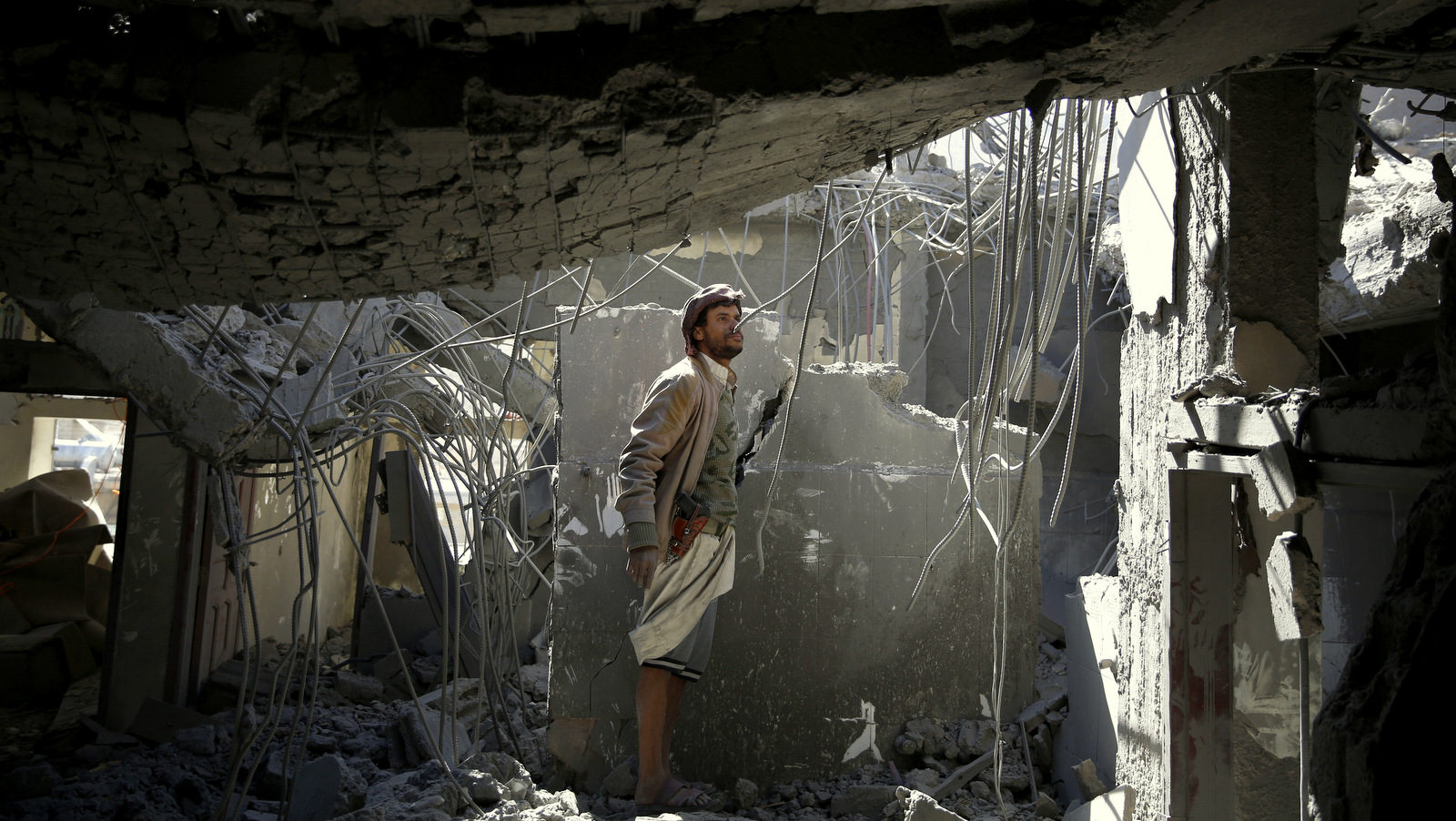 A man inspects his home destroyed by Saudi-led airstrikes in Sanaa, Yemen, Monday, Jan. 4, 2016. According to U.N. figures, the war in Yemen has killed at least 5,884 people since March, when fighting escalated after the Saudi-led coalition began launching airstrikes claiming to be targeting the Houthi rebels

On Sunday, a hospital in northern Yemen supported by Doctors Without Borders (known by its French acronym, MSF) was bombed, killing at least five people and destroying several buildings that were part of the facility. Ten people were injured in the attack, including three of the group’s staff.

The humanitarian group said it cannot confirm the origin of the attack but that planes were seen flying over the facility at the time. The only air power currently operating in Yemen is a Saudi-led coalition of Arab states that have waged a relentless bombing campaign since March.

More than 6,000 people have been killed in the war, including over 2,800 civilians, the majority of them from airstrikes, according to the United Nations. The United States has backed the Saudi-led coalition with logistical and intelligence support, including crucial aerial refueling and targeting assistance, as well as billions of dollars worth of arms sales.

This is the third MSF facility to be bombed in Yemen in less than three months. In October, airstrikes destroyed an MSF hospital in Haydan, while a health center run by the group in Taiz was hit by the Saudi coalition in December. Dozens of medical facilities have been destroyed or damaged in the conflict by Saudi airstrikes, as well as, on the other side, indiscriminate shelling by the Houthis and their allies. 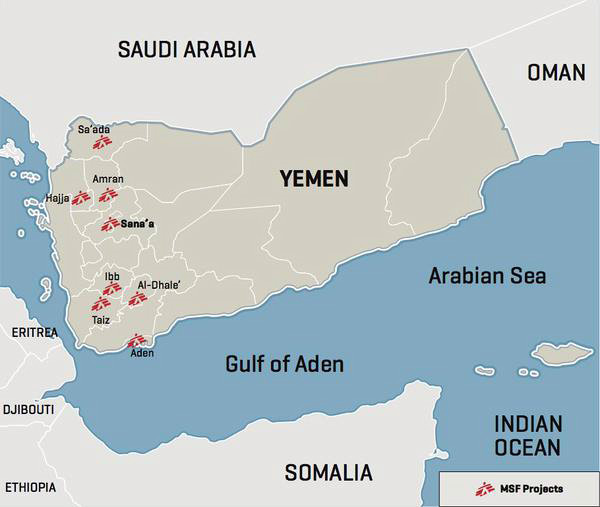 “We strongly condemn this incident that confirms a worrying pattern of attacks to essential medical services and express our strongest outrage as this will leave a very fragile population without healthcare for weeks,”said MSF’s director of operations, Raquel Ayora, in a statement.

The Shiara hospital hit on Sunday lies close the Saudi border in the Razeh district of Saada province. Saada, a stronghold of the Houthi rebels the coalition is fighting, has been subjected to some of the fiercest bombardment in Yemen, causing widespread destruction and massive displacement.

The hospital had been bombed before MSF started supporting it, in an airstrike in September that killed two patients and destroyed several departments in the facility. The only functioning hospital in Saada lies in the provincial capital, leaving hundreds of thousands of Yemenis in the area without adequate access to medical treatment for war injuries as well as for ailments like malnutrition and malaria.

Since April, the Saudi-led coalition has imposed a crippling siege on Yemen, by far the poorest country in the region. Severe import restrictions on basic goods have led to a deepening humanitarian crisis, with over 21 million people now in need of basic assistance — more than anywhere else in the world. The blockade comes under the rubric of an arms embargo imposed by a U.N. Security Council resolution that was drafted largely by the Gulf countries taking part in the U.S.-supported Saudi coalition.

On the other side of the front lines, the Houthis have also blocked access to humanitarian aid within the country, imposing a vicious internal siege on Taiz, Yemen’s third largest city.

Last month, the U.S. ambassador to the United Nations, Samantha Power, ironically lamented the humanitarian situation in Yemen, stating in a tweet: “Grim briefing on #Yemen today. Yemen’s future on the line: over 700 schools destroyed/damaged; 2x increase in malnourished kids in just 9mo.” Her statement has been criticized for hypocrisy.

“Such statements ring hollow,” said Belkis Wille, the Yemen researcher for Human Rights Watch, pointing out the direct role played by the U.S. in the war and its refusal to push for accountability by holding its own investigations into airstrikes.

The coalition has lashed out at the criticism of its military campaign. Yemen’s pro-Saudi government even expelled a U.N. human rights envoy last week over what it called “unfair statements.” The expulsion came after Rupert Colville, the spokesperson for the U.N. Office of the High Commissioner for Human Rights,criticized the “terrible toll on civilians” in the conflict. The move caused an uproar and the government begrudgingly reversed its position two days later “because of the fuss created around the matter and caused by media reports,” according to a letter from the Yemeni mission to the United Nations.

The coalition also airdropped cluster bombs on residential neighborhoods in the capital, Sanaa, for the first time on Wednesday, according to Human Rights Watch. The group identified the munitions as from a CBU-58 cluster bomb manufactured at a plant in Tennessee in 1978.

On the same day as the cluster bomb attack, Sanaa was targeted with some of the heaviest bombing by the coalition in months. Warplanes struck a center for the blind, a wedding hall, the city’s chamber of commerce, and a residential neighborhood. The bombing came after the breakdown of a nominal ceasefire that was declared during U.N.-sponsored peace talks in December.

“The Saudis are using missile strikes as political exclamation points,” said Haykal Bafana, a lawyer and consultant in Sanaa. “I don’t know whose attention they are trying to get. Anytime I hear jets flying over me thoughts flash in my mind of me, my wife, and my kids dying.”

The next round of peace talks, which were scheduled for mid-January, have been postponed until the end of the month after a rejection by the Houthis.

“In order to have a viable peace process you need to have a group of sides involved in the war that actually want peace,” said Adam Baron, a visiting fellow at the European Council on Foreign Relations and a founding member of the Sanaa Center for Strategic Studies. “As all political sides think they’re winning, Yemenis are paying the price of the conflict with a deepening humanitarian crisis, destruction of infrastructure, and the unraveling of the country’s entire social fabric.”