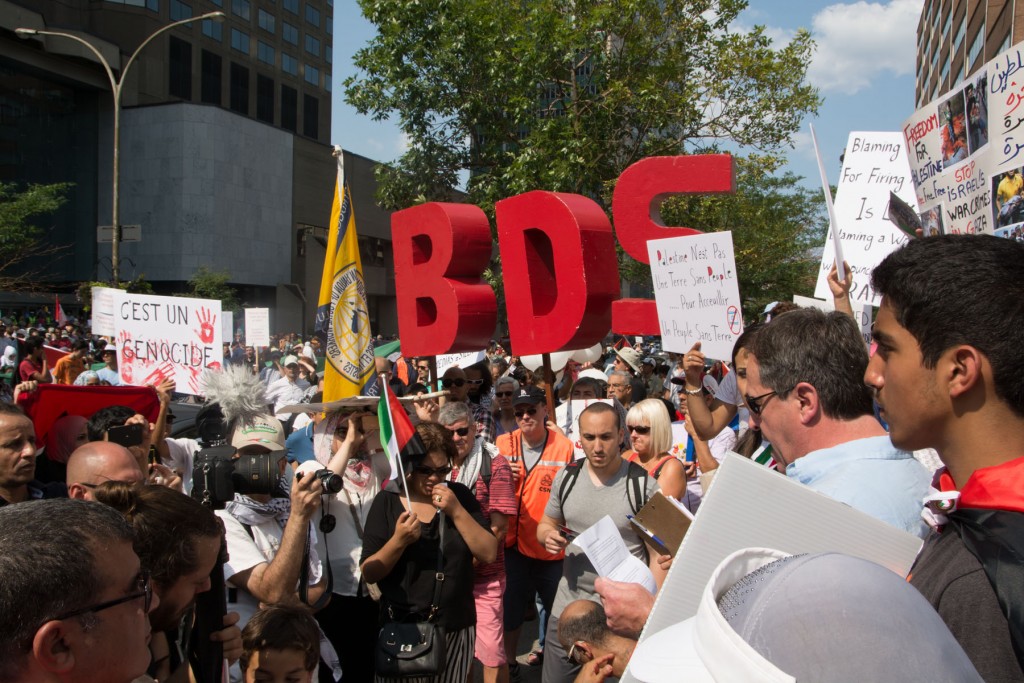 Despair is not always easy to detect, let alone smell.

But recent Israeli efforts to fight BDS smell of deep despair, which is giving rise to hopeless aggression, even worse bullying and patently irrational measures that can only help BDS to grow in the coming few years.

Particularly noteworthy are reports on the Knesset’s anti-BDS caucus meeting which convey the universal sense in Israel of failure to stem the BDS movement’s growth and the admission that the impact of BDS may be growing beyond control.

It is not everyday that the unique colonial hubris and revolting arrogance of Israel’s regime give way to an admission by the Minister of Strategic Affairs (handling BDS and Iran as his top priority threats!) that the government of Israel “cannot fight BDS alone.”

If despite the massive US and EU support for Israel, providing its regime with billions of dollars in aid, a real “iron dome” of diplomatic and political protection against international sanctions, and deep levels of military, academic, cultural and economic complicity, Israel has miserably failed in its fight against BDS, what else can we expect from it?

Israel’s options are limited and clearly fraught with serious risks.

Israel’s main strategy for fighting BDS since 2014 is its lawfare (legal warfare) crusade. It has been pulling all possibly strings, mobilizing its entire lobby and world Zionist networks to pass legislations against BDS in US states, to use its influence in France to depict BDS as illegal, and to recruit David Cameron’s government to undermine BDS support in British trade unions, city councils, universitiesy and civil society entities.

Lawfare, coupled with propaganda on steroids, has become Israel’s final weapon against the BDS movement.

The only problem for Israel in this approach is that, in order for its attempt to legally delegitimize a nonviolent, human rights movement like BDS to succeed, it and its Zionist lobby networks need to create a new McCarthyism that defies human rights, undermines civil rights, and tries to undo decades of mainstream liberal support for boycotts as protected speech, especially in the US, where it matters the most.

Israel is becoming even more isolated at the grassroots level and even more dependent on extreme right forces in the West or elsewhere.

If apartheid South Africa was arguably among Israel’s closest friends for decades in the last century, today Israel’s best friends are the far-right, openly racist, Islamophobic, anti-immigrant groups and governments, even those with fascistic tendencies that are in harmony with Israel’s own. Just look at the Republican circus of presidential hopefuls for a hint.

As the late Tony Judt wrote 13 years ago:

“In a world where nations and peoples increasingly intermingle and intermarry at will; where cultural and national impediments to communication have all but collapsed; where more and more of us have multiple elective identities and would feel falsely constrained if we had to answer to just one of them; in such a world Israel is truly an anachronism. And not just an anachronism but a dysfunctional one. In today’s ‘clash of cultures’ between open, pluralist democracies and belligerently intolerant, faith-driven ethno-states, Israel actually risks falling into the wrong camp.”

Israel, in fact, does not “risk” falling into this “wrong camp.” It has become the dominant camp leader, with flying colors.