The Syrian army has inflicted heavy losses on al-Nusra in Homs province, reported Iran’s FARS news on Friday.In the north of the province, Syrian ground forces shelled the terrorists’ positions, and army warplanes carried out airstrikes.

“The army’s heavy shelling spread waves of concern among the militants as in most cases such heavy shelling has been followed by ground forces’ attacks on the shelled defence lines of the militant groups,” military sources told FARS. 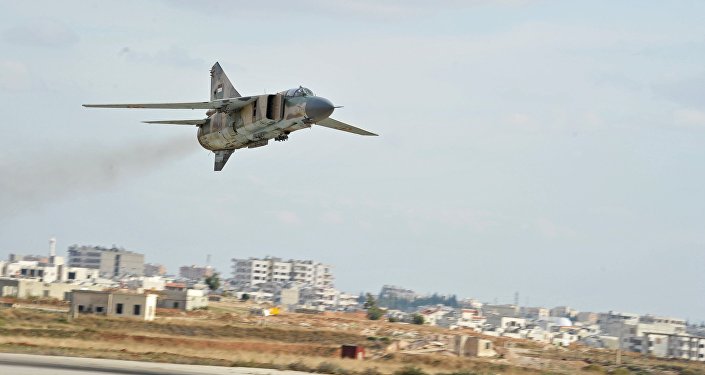 Aces High: Syrian Air Force Strikes Kill Dozens of Terrorists in Aleppo
“The Syrian fighter jets carried out several combat sorties over the positions of Nusra terrorists in the villages of Tir Ma’ala and Ein Hossein al-Janoubi and bombed them heavily, which left many terrorists dead and many other wounded,” the sources said.

“In addition to a heavy death toll inflicted on the Nusra militants, their machinegun-equipped vehicles were largely destroyed in the airstrikes.”