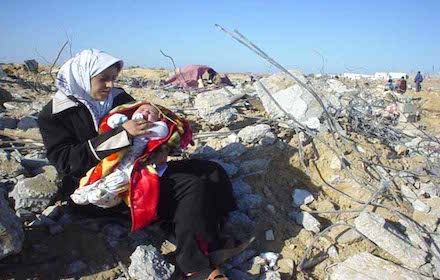 UK activists’ clarion call to civil societies around the world

At least some people are determined to kick off the New Year on a positive note. A motion to expel Israel from the United Nations is to be put to the Palestine Solidarity Campaign’s (PSC) Annual General Meeting (AGM). It reads as follows:

Considering that Israel’s admission to the UN on 11 May 1949 by General Assembly Resolution 273 was conditional upon its (1) honouring the UN Charter and (2) implementing UNGA [United Nations General Assembly] Resolutions 181 of 29 November 1947 and 194 of 11 December 1948;

Noting that Israel has: (1) repeatedly acted inconsistently with the purposes of the UN expressed in Article 1.2 of the UN Charter and thus also with Article 2 (Introduction); (2) repeatedly violated the provisions and principles of the Charter as expressed in Articles 2.3, 2.4, 4, 55 and 56; (3) failed to implement [UN]GA Resolutions 181 and 194; (4) violated numerous other resolutions of the Security Council and [UN]GA; and (5) beginning in 1948 killed many Palestinian civilians and forcibly expelled many others from their homes and land;

Noting further that all attempts to ensure through negotiation Israel’s adherence to the Purposes and Principles contained in the Charter and to general principles of international law have failed;

Considering that effective measures should be taken to resolve the present situation arising out of Israel’s unlawful policies that violate the Charter and UNGA Res. 273;

Recalling that Article 6 of the Charter states,

“A Member of the United Nations which has persistently violated the Principles contained in the present Charter may be expelled from the Organisation by the General Assembly upon the recommendation of the Security Council”;

This AGM resolves that the PSC Executive Committee shall

request the government of the United Kingdom, enforced by a petition and lobbying, to submit a motion to the Security Council recommending that the General Assembly expel Israel from the UN in compliance with the Charter, Article 6.

And many will be saying: “About time too”. Israel has enjoyed impunity for its criminal acts for 67 years. And each year the international community’s failure to take disciplinary action has made the Israeli regime more aggressive, more arrogant, more brutal and more loathsome.

When drafting the motion it would have done no harm, I think, to mention the important ruling by the International Court of Justice (ICJ) that Israel’s separation wall is illegal and must come down, and the Palestinians affected properly compensated. The 400-miles-long barrier known to all as the Apartheid Wall bites deep into the Palestinian West Bank, dividing and isolating communities and stealing their lands and water.

If the wall was simply for security, as Israel claims, it would have been built along the 1949 Armistice “Green Line”. But the wall’s purpose is plainly to annex plum Palestinian land and water sources for illegal Israeli settlements, and to that end closely follows the line of the Western Aquifer. It is a crude attempt to change the “facts on the ground” in order to expand Israeli territory and greatly reduce the viability of a future Palestinian state.

While Israelis fill their swimming pools, wash their cars and sprinkle their golf courses the Palestinians, who would normally be self-sufficient, now have to pay Israel’s grossly inflated price for a mere trickle of their own water, or go without.

Eleven years later Israel, contemptuous of international law, continues to build its hideous wall with American tax dollars and protected by America’s veto. While Israelis fill their swimming pools, wash their cars and sprinkle their golf courses the Palestinians, who would normally be self-sufficient, now have to pay Israel’s grossly inflated price for a mere trickle of their own water, or go without.

Perhaps the motion should also note how Israel continues to defy theInternational Covenant on Economic, Social and Cultural Rights, an important set of undertakings to which Israel itself and 136 other states are signed up.

Article 1 states that “all peoples have the right of self-determination… In no case may a people be deprived of its own means of subsistence.” Israel should not be interfering, for example, with fishing in Gaza’s territorial waters, Gaza’s off-shore gas resources or the West Bank’s water. Furthermore, “the states that are party to the covenant… shall promote the realisation of the right of self-determination, and shall respect that right, in conformity with the provisions of the Charter of the United Nations”.

Article 2 requires all states to guarantee that the rights enshrined in the covenant will be exercised without discrimination of any kind.

Article 6 says that states recognise the right of everyone to gain a living from work of their own choosing and will take appropriate steps to safeguard this right. But for Palestinians it is impossible until the siege on Gaza is lifted and free, unfettered access to the outside world restored. The same goes for the West Bank and East Jerusalem which are also blockaded by Israel’s military and strangulated by Israel’s matrix of control.

Despite many calls to suspend the [Israel-EU Association ]Agreement, the EU has instead upgraded the relationship and enhanced the benefits.

What about the threat Israel poses not just to the region but to the rest of the world? According to the Weapons of Mass Destruction Commission, Israel has a nuclear arsenal numbering in the hundreds and is the only state in the region not to have signed the Nuclear Non-Proliferation Treaty. Nor has it signed the Biological and Toxin Weapons Convention. It has signed but not ratified the Comprehensive Nuclear Test-Ban Treaty, similarly the Chemical Weapons Convention. Perhaps the facts about Israel being a lethal misfit ought to have been noted in the PSC motion.

Also worth adding, as justification for launching the motion, is how the Israeli regime enjoys preferential treatment under the European Union-Israel Association Agreement of 1995 but fails to observe its terms. These require adherence to the principles of the United Nations Charter, and Article 2 says that “respect for human rights and democratic principle constitute an essential element of this agreement”. Israel has never complied but continues to enjoy association benefits. Despite many calls to suspend the Agreement, the EU has instead upgraded the relationship and enhanced the benefits. In Israel’s breaches of legal and human rights obligations are rewarded not punished.

Will the whole world take up the call to expel?

The PSC motion’s originator, Blake Alcott, provides a useful “Long Dossier” on the need for Israel’s expulsion. He writes:

I’m anticipating that, like last January, the PSC Executive Committee will oppose it – not its substance, but because the time isn’t yet ripe for it. Ben-Gurion always said that time is on Israel’s side, and I fear he was right. So I say, let’s throw the book at them…

The time not ripe after more than six decades of Palestinian suffering during which the situation has gone from disgraceful to intolerable? Baroness Morris, President of Medical Aid for Palestinians, reminds us in her Christmas message:

In Gaza, 95,000 Palestinians remain homeless following the last conflict [the 2014 Israeli blitzkrieg, “Protective Edge”, and ongoing eight-year blockade], forcing many to face the winter cold in tents, shipping containers, or among the ruins of their former houses.

Such inhumanity defies all understanding and reason. And still the international community turns a blind eye to the evil of a small Zionist gang who have somehow managed to grab the Western political élite by the balls.

The patience of decent folk is finally exhausted. Civil society now must set the pace, make the running and oust their compromised leaders. In the coming weeks the PSC has an opportunity to strike a spark that starts a worldwide civil society eruption, with the aim of amplifying the expulsion message, overriding current political inertia and speaking firmly from the grassroots to governments across the globe.

It would help too if the churches in the West found the backbone to take an orchestrated stand against Israel’s seizure of the Holy Land and the threat posed to the very wellspring of the Christian faith. They should be outraged by the regime’s persecution of Christian communities – as well as their Muslim brothers and sisters – residing in the place where Christianity was born.

Perhaps then the UN will sit up, take notice and make amends for its lamentable record.

One thought on ““Expel Israel from the UN””