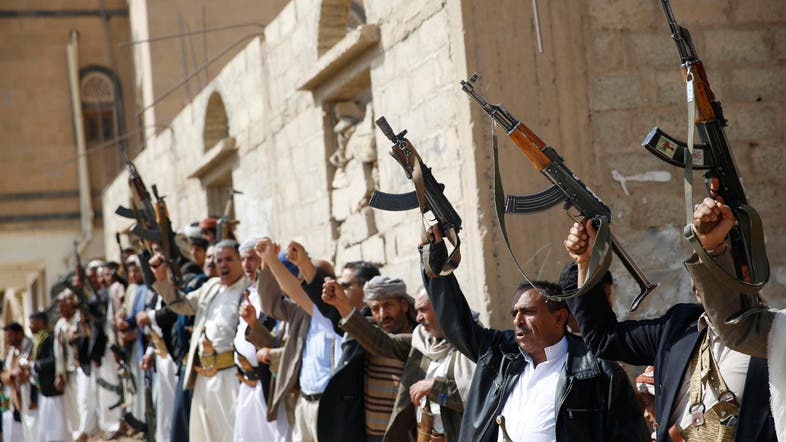 Peace talks began on Tuesday away from television cameras in Switzerland to try to end nearly nine months of fighting that has killed almost 6,000 people and displaced millions

The U.N. said on Thursday that talks in Yemen between the country’s warring sides would continue over the next few days, with the focus on achieving a ‘sustainable national cease-fire.’

In the same statement, U.N. special envoy for Yemen Ismail Ould Cheikh Ahmed says negotiators had reached a deal to allow the resumption of humanitarian aid deliveries into the besieged city of Taiz.

Ahmed hailed “a major step forward” and a first important achievement in the U.N.-brokered peace talks in the Swiss village of Macolin, now in their third day.

A U.N. statement on Thursday also said a large convoy carrying humanitarian aid had reached Taiz, and deliveries are expected to reach other cities, including Hajja and Saada, in coming days.

Peace talks began on Tuesday away from television cameras in Switzerland to try to end nearly nine months of fighting that has killed almost 6,000 people and displaced millions.

The sources said that direct talks between the two sides have been suspended since Wednesday evening, after the Houthis rejected demands to free senior officials, including Defence Minister Mahmoud al-Subaihi and Hadi’s brother, Nasser.

Both Subaihi and Nasser Mansour Hadi, who was responsible for intelligence operations in the provinces of Aden, Lahej and Abyan, have been held by the Houthis since March.

The Houthis say they are ready to free the prisoners once a permanent ceasefire was agreed upon, another source close to the talks told Reuters.

The sources said that instead of direct talks, U.N. special envoy to Yemen, Ismail Ould Cheikh Ahmed, was shuttling between the two sides trying to bridge differences.

In MaArib, heavy fighting broke out east of the capital Sanaa overnight, and medics and tribal sources said that at least 15 people were killed from both sides.

Air strikes by the Saudi-led coalition also struck the northern Hajja province on the border with Saudi Arabia, residents said. They also said that gunboats struck Midi port, also in Hajja, near the Saudi border.

Both sides have been trading accusations over violating the ceasefire. On Wednesday, the Saudi-led coalition spokesman, Brigadier General Ahmed al-Asseri, accused the Houthis of committing some 150 violations since Tuesday and urged the United Nations to try to save the truce.

In a rare positive gesture on Wednesday, the Houthis and fighters from the so-called Southern Resistance, who are allied with Hadi, exchanged hundreds of prisoners early on Thursday, following delays by local tribesmen angry at the exclusion of relatives from the deal, an official involved in the swap said.

Fikri al-Mutaili said the Houthis freed 265 residents of the former south Yemen while the Southern Resistance freed 300 Houthis, including 40 teenagers.

The deal was brokered by local tribal leaders and had been expected to reflect positively on the peace talks in Switzerland.