Palestinian protesters kick flaming tyres towards Israeli soldiers during clashes following the funeral of five Palestinians who were killed by Israeli security forces in Hebron, the West Bank on 31 October 2015

Two Israeli settlers were shot and killed by a Palestinian attacker on Friday afternoon as they drove through the southern Hebron Hills.

A third person was critically wounded and transferred to the Soroka Medical Centre in Beersheba.

The incident occurred near the Israeli Othniel settlement.

Israeli paramedics Magen David Adom (MDA) initially identified the victims as a man and a woman, both in their 50s.

However, it emerged later that the two people killed were a father in his 40s and his son, 18. The two were in the car with five other family members. 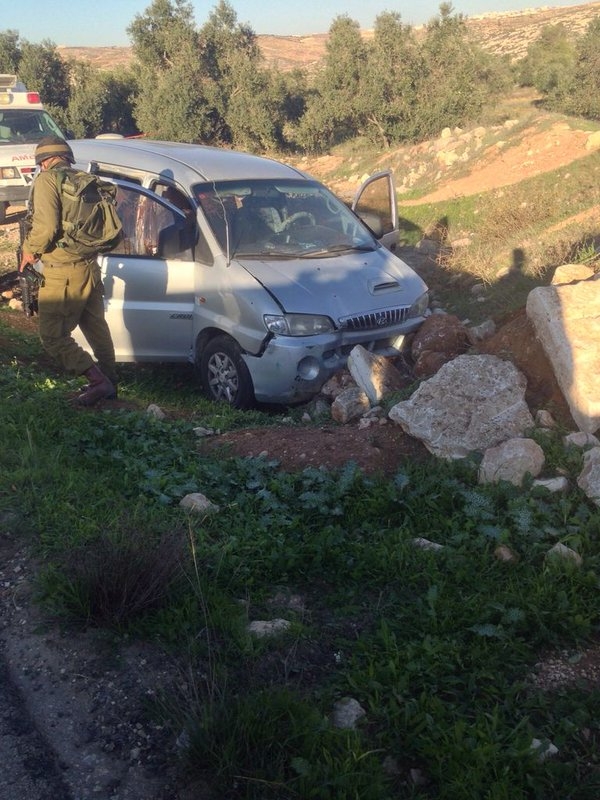 Israeli forces rushed to the scene and spread out in the area to search for the attacker, who escaped from the scene. Checkpoints were set up and cars with Palestinian licence plates were searched.

The Israeli army closed all entrances and roads leading to the site of the attack, including the entrances to the nearby al-Fawwar refugee camp, and the towns of Dura and al-Dhahiriya.

According to Israeli media, the Palestinian exited his vehicle and shot the settlers before returning to his car and driving away. Helicopters are in the air scanning for his whereabouts.

The killings came as a Palestinian man was killed by the Israeli army during clashes in the West Bank city of Halhul, some five kilometres north of Hebron.

Medical sources told Palestinian news site Maan that 23-year-old university student Hassan Jihad Albu was killed by a bullet straight to the chest, which penetrated his heart and killed him instantly.