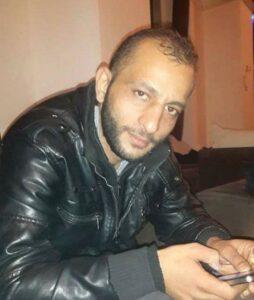 Ghassan Rimawi, 27, Palestinian former political prisoner, died on Tuesday 10 November of leukemia in a hospital in Jordan where he had been receiving treatment.

Rimawi, from Beit Rima near Ramallah, died in King Hussein Medical Center in Amman after several days in a coma. He had been active in the leftist Popular Front for the Liberation of Palestine since he was a boy in his village, and was a leader in the Progressive Palestinian Youth Union in Ramallah.

He was arrested three times by the Israeli occupation forces, serving several years in Israeli prisons. His most recent arrest was in 2010, when he was already suffering from leukemia. He was denied treatment and the cancer spread due to this medical negligence. He was then released after eight months of a worsening medical condition, apparently in hopes of the Israeli occupation shedding responsibility for his medical treatment. 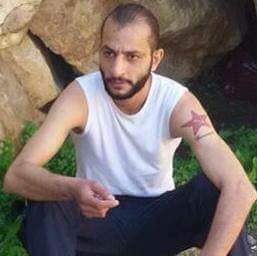 Originally treated in Ramallah, he was denied a transfer to Hadassah hospital for “security” reasons; he then was initially denied the right to leave Palestine to Jordan for further treatment by the Israeli occupation, and additionally was pressured by Palestinian Authority security forces to work with them as a condition for working to secure his ability to travel, a condition which Rimawi rejected.

Because of all of this interference, his leukemia treatment was postponed repeatedly. He did complete treatment, and he continued to be active in the struggle for the liberation of Palestine. When his cancer returned, he was also offered medical treatment in Egypt by an Egyptian hospital, but was turned back from Cairo airport and prohibited entry on the grounds of “state security”.

Samidoun Palestinian Prisoner Solidarity Network mourns the loss of Ghassan Rimawi, a committed young revolutionary with a deep love for Palestine and the Palestinian people and a true commitment to leftist, liberatory political work and struggle, whose life was not only taken by leukemia, but by the brutal racism, imprisonment, denial and delay of treatment by the Israeli occupation forces, with the complicity of Arab regimes and the Palestinian Authority.