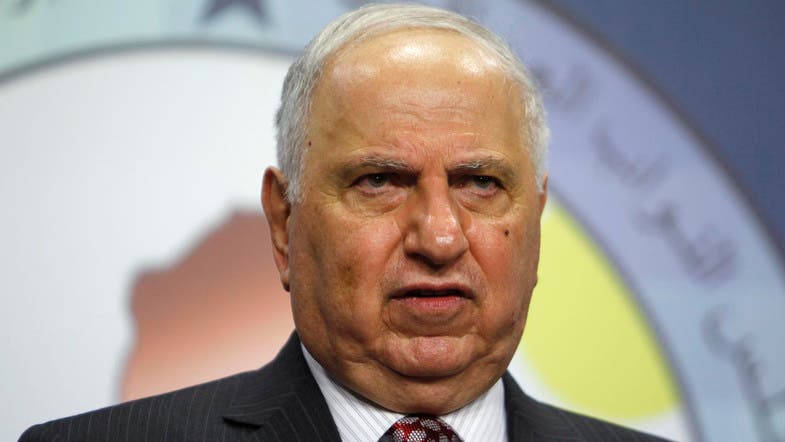 Attendants found the controversial lawmaker, 71, dead in bed in his Baghdad home, according to parliament official Haitham al-Jabouri.

Chalabi’s body has been sent for a post-mortem autopsy to examine if the late Iraqi politician was poisoned, according to Saudi-owned news site Elaph.

Elaph’s source, identified as a close contact of Chalabi, said that the late Iraqi politician was, up until last night, in great health and was seen having dinner with friends at a shooting club in Baghdad.

During his heyday, the smooth-talking Chalabi was widely seen as the man who helped push the U.S. and its main ally Britain into invading Iraq in 2003, with information that Saddam’s government had weapons of mass destruction, claims that were eventually discredited. 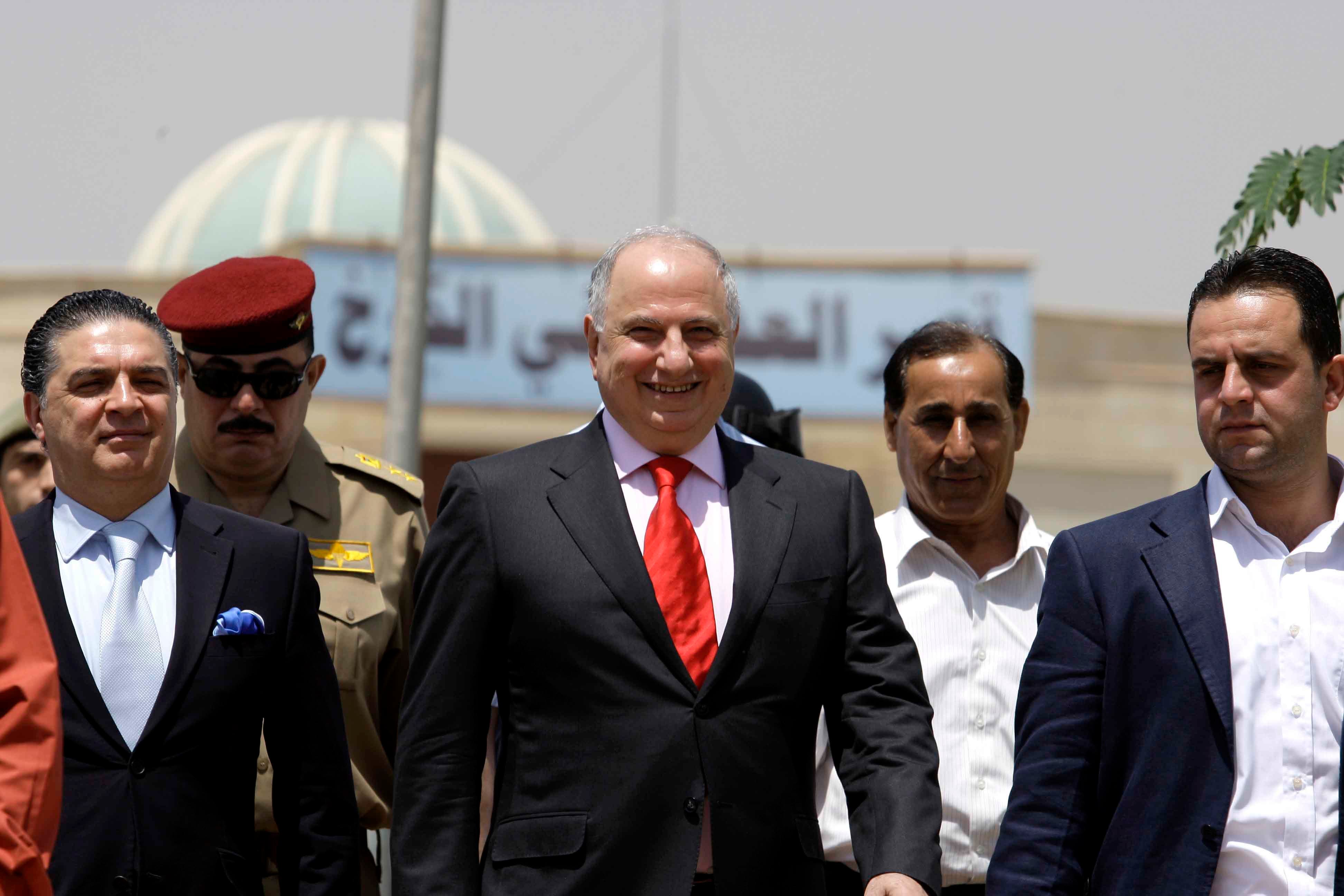 Chalabi had also said Saddam – known for his secularist Baathist ideology – had ties with al-Qaeda.

After Saddam’s fall by U.S.-led coalition forces, Chalabi returned from exile in Britain and the United States. Despite having been considered as a potential candidate for the powerful post of prime minister in the immediate aftermath of Saddam’s 24-year reign, the politician never managed to rise to the top of Iraq’s stormy, sectarian-driven political landscape.

His eventual fallout with his former American allies also hurt his chances of becoming an Iraqi leader.

“The neo-cons wanted to make a case for war and he [Chalabi] was somebody who is willing to provide them with information that would help their cause,” Ali Khedery, who was the longest continuously-serving American official in Iraq in the years following the 2003 U.S.-led invasion, told Al Arabiya News.

Khedery, who today heads up Dubai-based political advisory Dragoman Partners, added that the interests of both the U.S. and Chalabi “intersected” at the time. 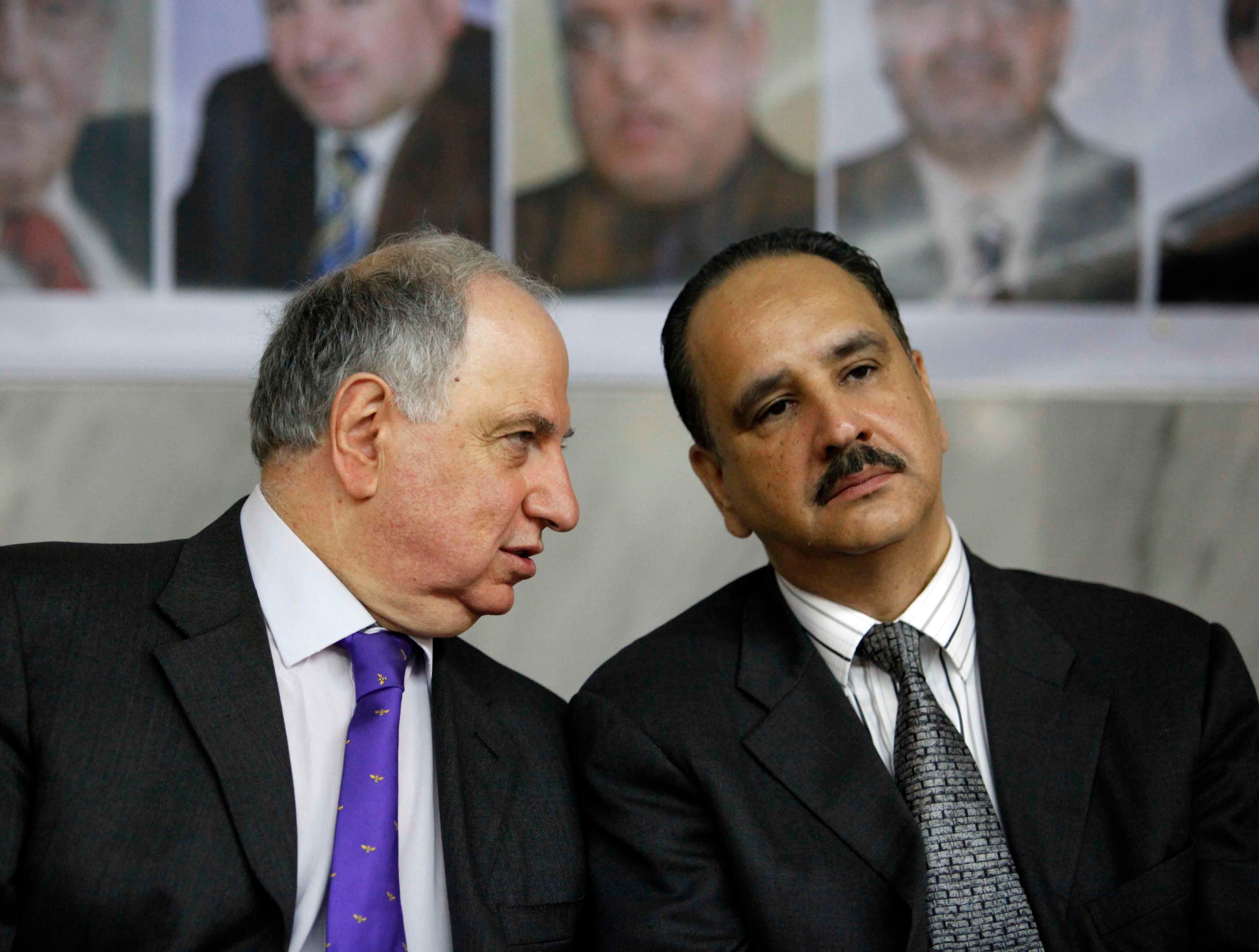 Ahmed Chalabi, the head of the Accountability and Justice Committee and a candidate with the Iraqi National Alliance, right, speaks with fellow candidate Ali Bin al-Hussein, at a campaign event in Baghdad, Iraq, Sunday, Feb. 28, 2010

Chalabi’s death comes days after it was announced that the findings of a long-awaited UK government investigation into the Iraq war, known as the Chilcot inquiry, would be released in June or July next year.

There have been several delays in the release date of the inquiry, which is investigating decisions and mistakes made in Britain’s planning and execution of the 2003 invasion.

However, analysts deem Chalabi’s death as insignificant to the inquiry.

“No, I don’t think they interviewed him and even if they had, he would have maintained the same story as always, which is that he provided the best information available at the time,” Khedery said.

Ghassan Attiyah, who is president of the Iraqi Foundation for Development and Democracy, voiced doubts that Chalabi’s death would have any effect on the British probe.

“The inquiry is concerned with the Blair government. Chalabi will not enhance or delay the report,” he said.

In October, former British Prime Minister Tony Blair,apologized for aspects of the Iraq war in an interview with CNN, although some commentators said the gesture was too little, too late.

‘End justified the means’ for Chalabi

Born in 1944, Chalabi left Iraq in 1956 and spent most of his life in Britain and the United States, where he received a doctorate degree in mathematics.

He organized a Kurdish uprising in northern Iraq in the mid-1990s, a conflict that took the lives of hundreds of people. He later fled the region, returning only when U.S.-led invading forces took control a decade later.

Key figures in the-then U.S. President George W. Bush’s administration hoped Chalabi and his party, the Iraqi National Congress, might take over Iraq after the fall of Saddam, but the group failed to gain both recognition and support in the war-wracked country.

However, he briefly managed to become president of the U.S.-installed provisional administration, the Iraqi Governing Council, for one month in 2003. For a one-year period from May 2005, he also served as Iraq’s deputy prime minister.

During his time as a politician in Iraq, he switched sides after he failed to win a seat in parliament in the Dec. 2005 elections. Despite his liberal background, Chalabi later joined Islamists to garner a wider base of support.

Attiyah described Chalabi as a “controversial, survivalist, loner” politician who was later unable to obtain any seat after a run as an independent candidate.

Yet “[Chalabi] managed to survive in Iraq and was able to create a strong financial base to sustain his political efforts,” he said.

Chalabi was also tried and sentenced to prison in his absence in Jordan in 1992 for financial fraud in the collapse of a bank, this background added more to people’s mistrust of him.

In addition to siding with Islamists in an effort to gain more political clout, Chalabi also appeared to support his country’s powerful neighbor Iran.

He was accused of providing information to the Islamic Republic after the 2003 invasion, which would put him at odds with Washington.

“He worked with the Americans and then he moved to operate with the Iranians, [but] later he ultimately lost trust of both parties,” Attiyah said.

In essence, Chalabi was “an example of a person who is driven by power and could justify any means to reach it, that’s why he lost the trust of so many people,” said Attiyah. “His death is a tragic end to a politician who thought he would be a rising star, yet [ultimately] ended in disappointment.”