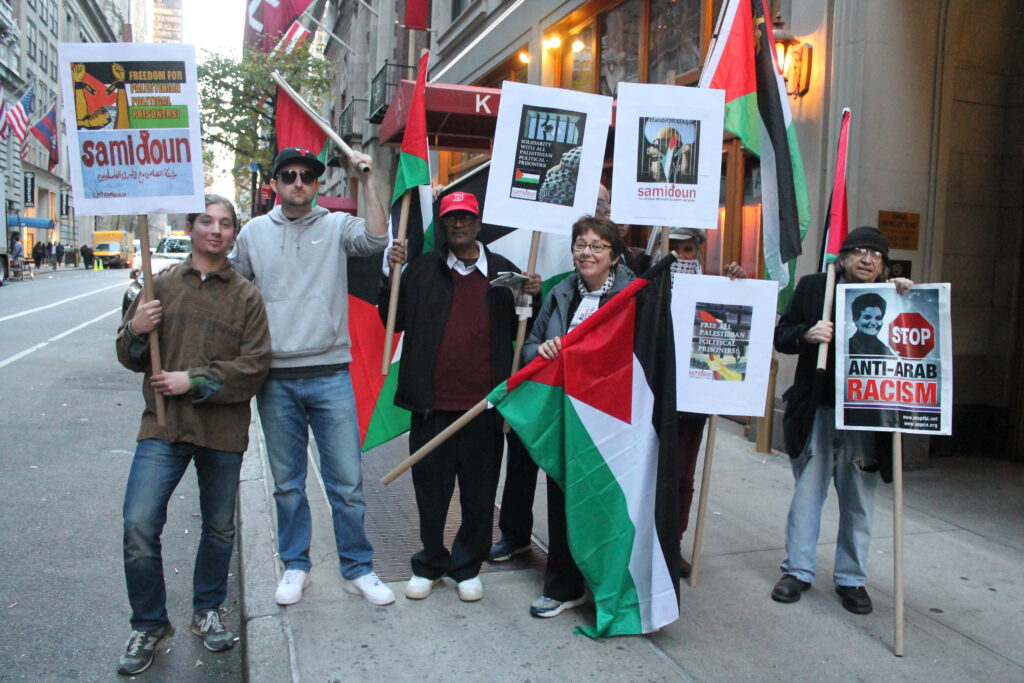 For the second week in a row, on 30 October, Samidoun Palestinian Prisoner Solidarity Network activists in New York City organized a protest in New York City outside the offices of G4S, the Danish/British security corporation that is directly involved in the Israeli imprisonment, repression and violation of the rights of Palestinian political prisoners in Israeli jails.

G4S is subject to a global boycott campaign because of its involvement in human rights abuses in Palestine – where it provides control rooms and security systems for Israeli “security prisons” and interrogation centers – as well as in the United States, UK, South Africa and elsewhere in the world. Palestinian prisoners and hundreds of Palestinian organizations – as well as the Black 4 Palestine letter – have urged action to boycott G4S.