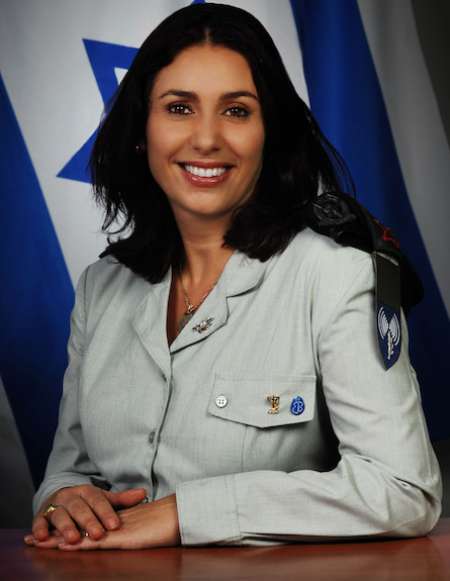 That video of Palestinian women protesters pulling down an Israeli soldier in Nabi Saleh on Friday when he was beating a boy has shocked the world. Well, it has shocked an Israeli leader too. Israel’s culture minister Miri Regev says that the unarmed protesters should have been shot.

Our soldiers can’t be sent on missions with tied hands

This post is now updated to include a translation from Tali Shapira.

Regev said she wanted to change the army’s policy on the use of live-fire because of the “humiliation” the soldier endured.

“We need to decide immediately that a soldier that is attacked is permitted to return fire. Period. I call on the minister of security to put an end to the humiliation and change the open fire regulations immediately!” Regevwrote in a Facebook statement.

“Anyone who tries to harm Israeli civilians and soldiers needs to know his blood is in his head,”  Regev continued, using a Hebrew expression to convey that the Palestinians who assaulted the soldier are fair game for shooting.

For the Tamimi’s the brawl was a victory, and celebrated across the front pages of Palestinian newspapers on Saturday. The footage and stills show a soldier applying force against a Palestinian boy with a casted arm in an attempt to arrest him. Yet the arrest does not take place, as a half dozen female Palestinian, including young girls, slap, bite, bash and choke the soldier who calls for back-up, but ultimately abandons arresting the boy.

There is a bit of folklore around the Nabi Saleh protesters. The town’s children are known to chase down soldiers during protests, and punch, hit, and kick them. In 2012 Ahed Tamimi—the girl in the pink shirt and braids in the video above, then 12, was filmed throwing a right-hook at a soldier.  She was later honored by Turkish President Recep Tayyip Erdogan with an award in courage.

Regev is a former spokesperson for the Israeli army. Her comments were first reported to us by two reliable journalists. Ira Glunts: 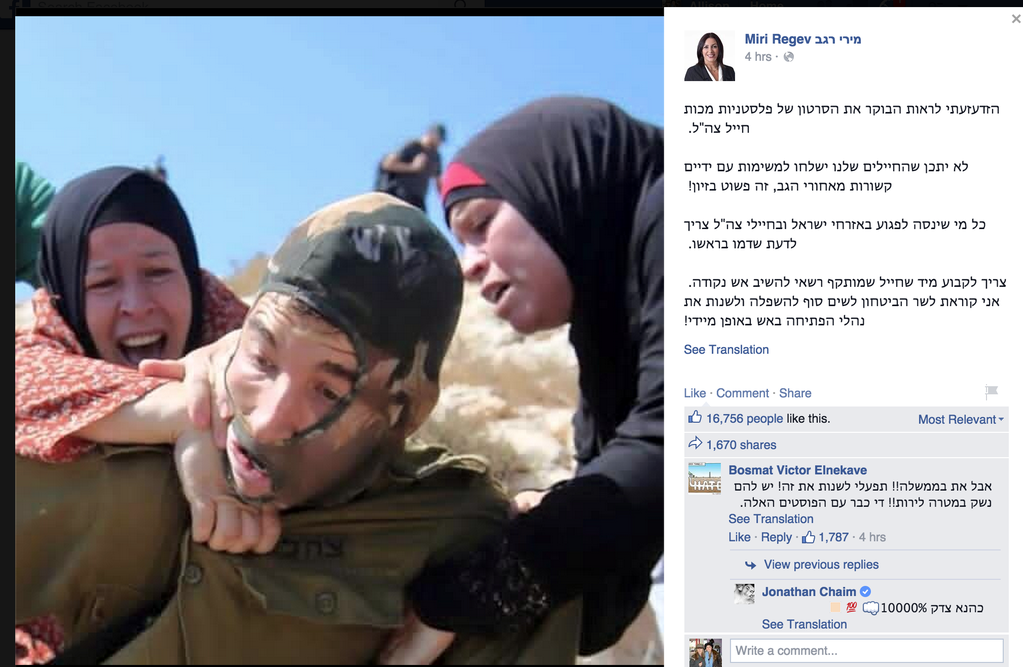 And look: Even Haaretz characterizes the women as the bad guys in that confrontation. An attack? Really? 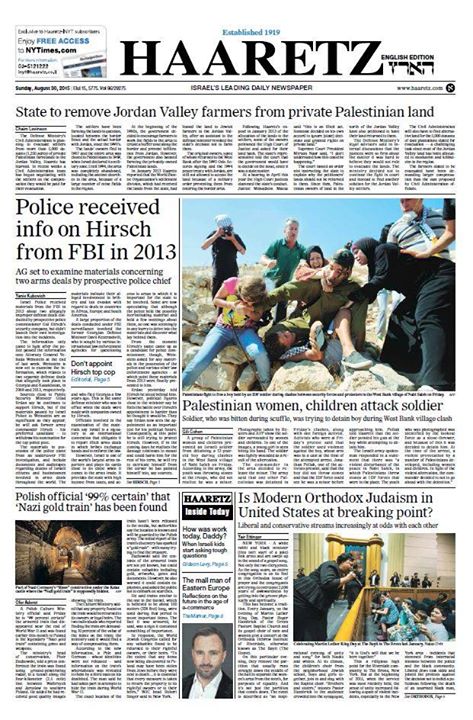