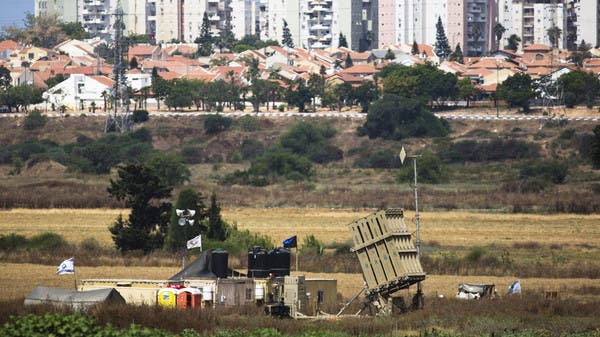 A recently located Iron Dome battary can be seen near the southern Israeli city of Ashkelon outside the Gaza Strip June 7, 2015

Israel is to reopen border crossings to and from the Gaza Strip on Monday, the military said, after closing them in the wake of a Palestinian rocket attack.

“I can confirm that they are opening,” an army spokeswoman told AFP.

Israeli warplanes struck Gaza early Sunday for the second time in three days after cross-border rocket fire by an Islamic extremist group which is locked in a power struggle with Hamas, the de facto power in the strip.

The government also ordered the closure until further notice of the Erez crossing for people and the Kerem Shalom crossing for goods.

Since the end of a deadly 50-day war between Israel and Gaza militants last summer, there have been at least eight instances of rocket or mortar fire on southern Israel, the army says.