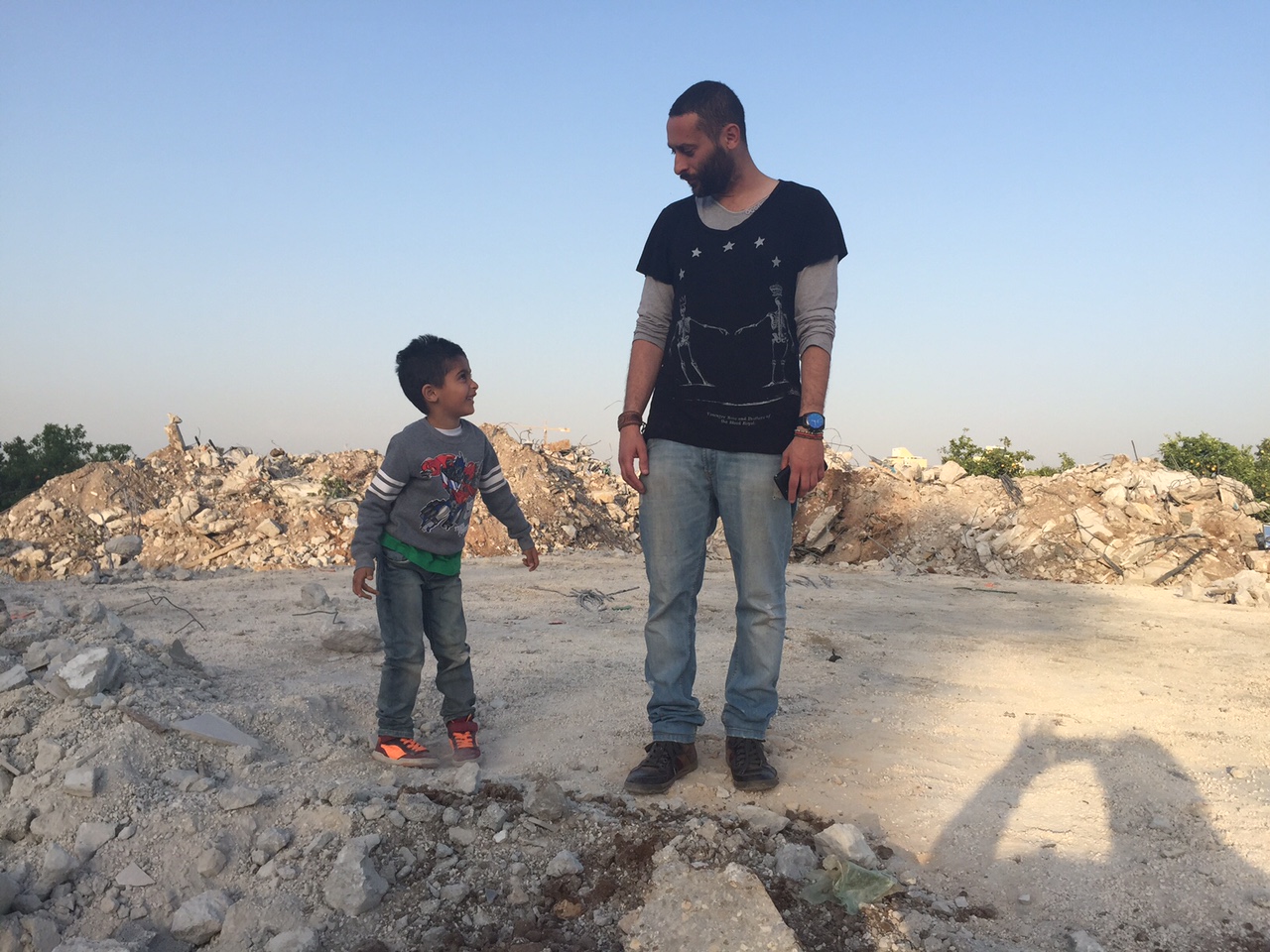 Tamer Nafar, from the rap group DAM, shows solidarity with his son standing on the ruins of one of the houses of the unrecognized Palestinian village of Dahmash, located between the cities of Lod and Ramle in Israel

I’m simply sick and tired of the self-righteous internal Jewish-Israeli discourse with the racist slurs this one makes against that one, and that one against this one, while in the end it seems a Jew only argues with a Jew so that they can make up later that evening and go demolish an Arab home together. 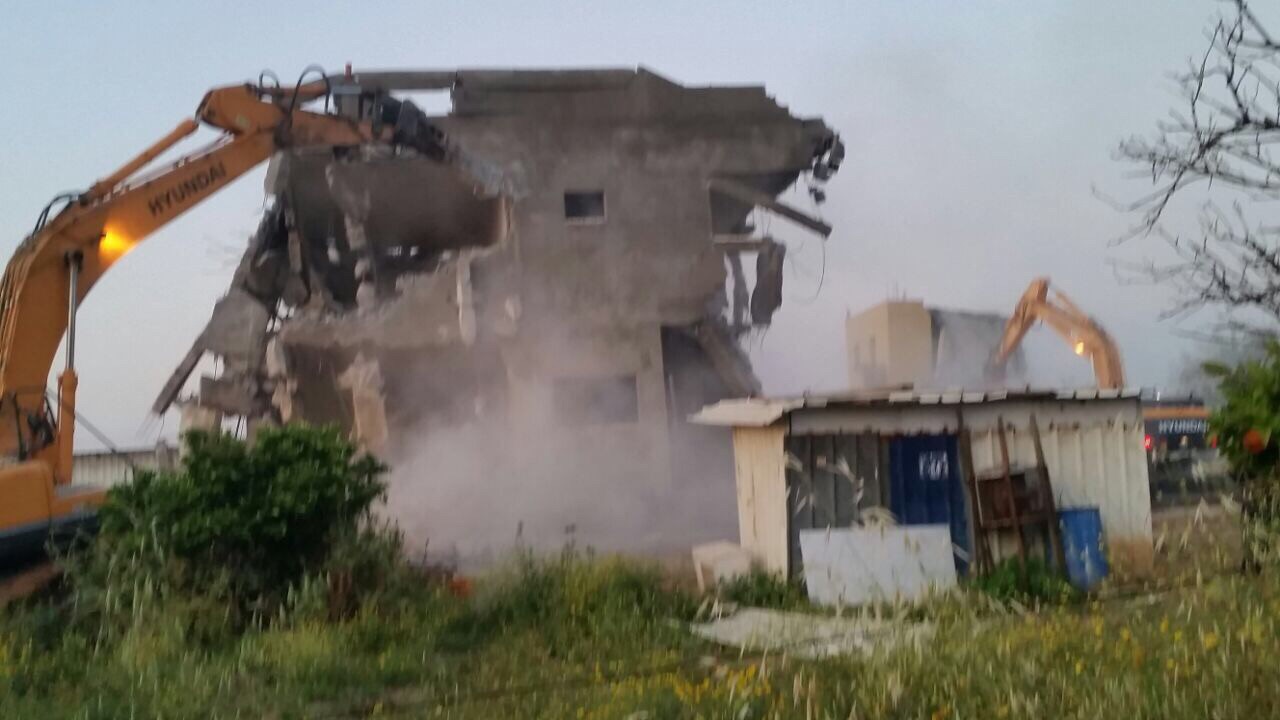 Yesterday, Israel demolished demolish 3 houses in the unrecognized Palestinian village of Dahmash. They didn’t destroy the whole village but this is their intention.

It doesn’t really make any difference if we use an “identity discourse” or a “universal discourse,” a “Mizrahi discourse” or a “class discourse” to describe the injustices in our provinces, because at the end of the day every discourse has to be subjugated to the song of the Jewish hegemony. In fact, it is through the splits within Israeli society that the society preserves itself as a whole subject that imposes terror on the Palestinian object. The split is always true and false at the same time. There’s always some total war going on in the Israeli society — religious/secular, Judah/Israel, Settlers/Peace Now, kibbutzim/development towns, periphery/center, homosexuals/homophobes and Mizrahis/Ashkenazis. It’s clear that each split is true and important in itself, but what we don’t see is that at the same time the oblique line that divides the whole also unites its two parts under the name “Jew”. And this is the inclusive name with which it separates itself from the Arab. This is how the transparent ideological mechanism of the State of the Jews operates, subordinating emancipatory systems of thought and action to its own needs each time anew. One could say that through their internal struggles, the Israeli always unites under the common name Jew, while casting the Palestinian out of history.

I will no longer join any internal Jewish struggle that does not in advance declare itself as loyal to the general Palestinian struggle for justice and equality, because in the Israeli identity discourse the name “Palestine” is the name that functions as The Struggle that contains all struggles.

It itself is not enough, but without it every internal Jewish-Israeli struggle (Mizrahi, feminist, class, LGBT, etc.), however just it may be, will turn into a corrupt and corrupting force. As long as it doesn’t declare its solidarity with the Palestinian struggle for justice and equality, at the end of the day, it will be exploited by the Jewish regime to oppress the Palestinian. 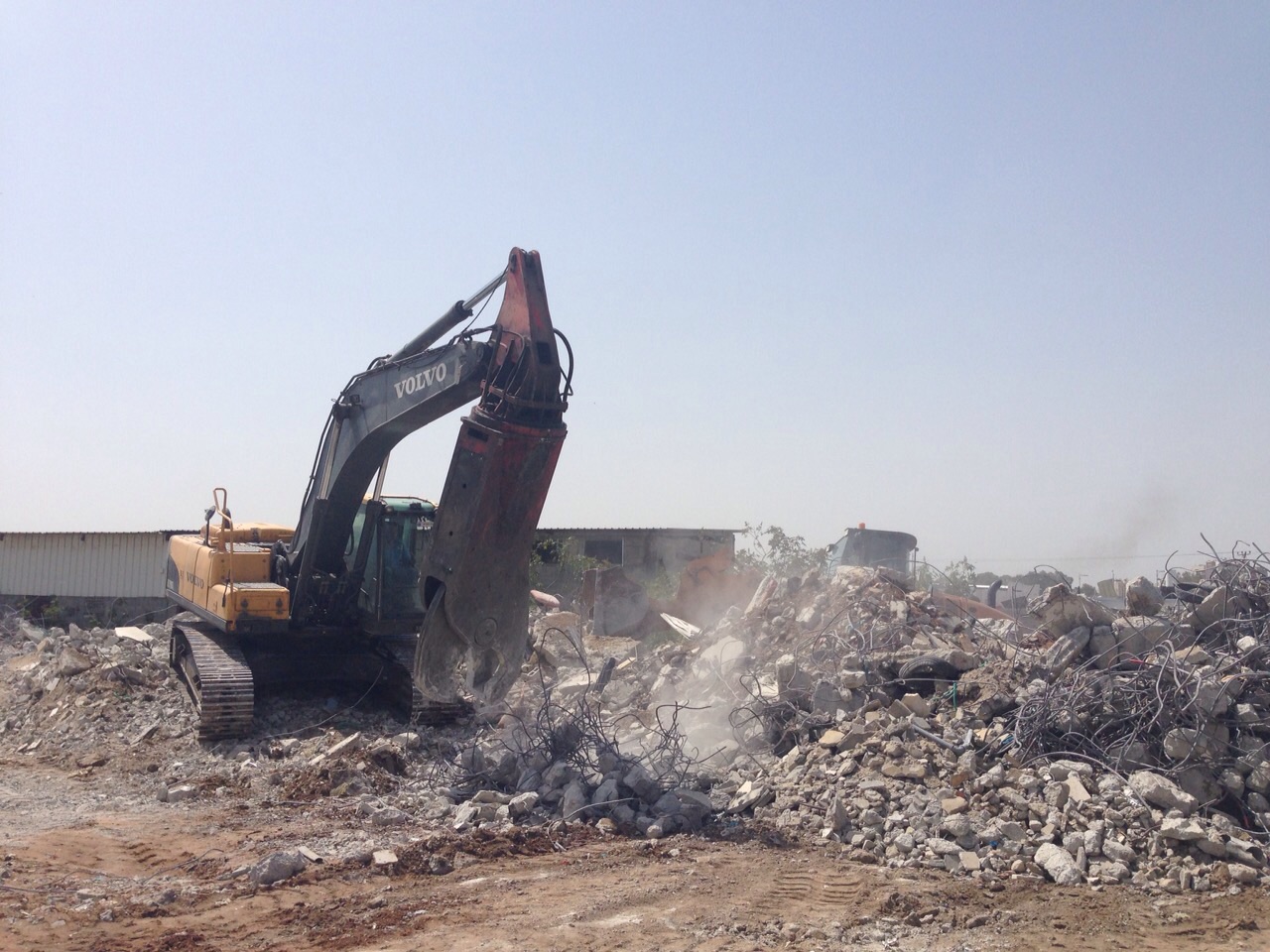