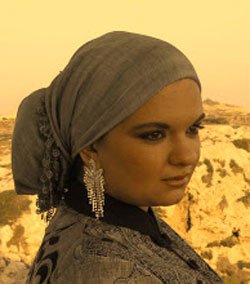 On December 17 2014, the General Court of the European Union annulled a previous decision taken in 2001 which included Hamas on its terror list. The recent judgment, which Hamas had been contesting, declared the 2001 ruling flawed and based upon perception garnered from media rather than factual evidence.

Hamas’ identity as a resistance movement undoubtedly influenced the EU’s initial decision to brand the organisation as “terrorist” – a tactic designed to entrench the divisions in Palestinian politics and further undermine Palestinian resistance. Ostracising Hamas, however, has remained a priority for imperialism and its allies, as discourse regarding the two-state compromise remains at the helm of international diplomacy and the obsession with creating further obstacles for anti-colonial struggle.

Branding Hamas a terrorist organisation goes against international law, which deems armed resistance against colonial domination legitimate. However, imperialism manipulates international law in order to inflict various forms of violence upon the Palestinian population, including the attempt to separate the resistance movement from the support base it enjoys among Palestinians.

Since the formation of the Palestinian unity government, the concept of resistance was overshadowed by the hype about reconciliation – a factor which diluted the foundations upon which Hamas was formed. International acceptance of the unity government was swift and dictates upon the political body centred round the usual rhetoric of security for Israel’s colonial existence. As the unity government functioned without autonomy, its existence as an extension of the PA was evident – in particular with regard to the reconstruction of Gaza.

Operation Protective Edge proved Hamas’ dedication to resistance at a time when diplomatic efforts were perceived to have been a priority for the resistance movement. In the aftermath of Israel’s colonial massacre, however, Hamas found itself ostracised once again, navigating the precarious route between concessions and the commitment to liberation. In agreeing to the unity government formation prior to the massacres inflicted upon Gaza, Hamas essentially declared itself in favour of the two-state compromise. On the other hand, its dedication to resistance exhibited its inherent commitment to the dismantling of Zionist settler-colonialism.

While its fluctuations between diplomacy and resistance seem to have ceased following international intrusion inherent in the reconstruction process, Hamas remains embroiled within a situation that, if not addressed from within the foundations of the movement, risks altering the movement’s definition and identity. This would consequently strengthen the manipulation which Egypt has inflicted upon Gaza through its role as mediator in the ceasefire and lately, its designation of Hamas as a “terrorist” organisation – a label that further reflects the country’s role in supporting Israel’s colonisation of Palestine.

The recent designation of Hamas as a “terrorist organisation”, this time by Egyptian courts, is another step in marginalising Hamas from the Palestinian political process. The same label was extended to Hamas’ military wing – the Ezzedin al-Qassam Brigades. Hamas leader Ismail Haniyeh declared the ruling “a deviation from Egypt’s longstanding position in support of the Palestinian cause.” However, any support Egypt had previously given to Palestine was swiftly terminated by President Abdel Fatah al-Sisi, whose collaboration with Israel with regard to destroying Hamas and Gaza was particularly evident during Operation Protective Edge. Apart from closing the border crossing of Rafah, thus incarcerating Palestinians needing to travel, Egypt also aided Israel in its obsession to destroy the Gaza tunnel network utilised for commerce and resistance purposes.

Beyond the terror label applied to the resistance movement is a complicity that seeks to safeguard Israel’s colonisation process – particularly evident in the reconstruction delays that have exacerbated conditions for Palestinians living in Gaza. Despite its role in fighting Israel’s brutality, the reconstruction process was decided between Israel, the United Nations, the Palestinian Authority and the Palestinian unity government, ensuring that Hamas was left out of the process.

Hamas has repeatedly insisted that foreign intervention in Gaza would be met with resistance, contrasting with the complacent attitude constantly by the PA in its willingness to accommodate Israel and imperialism. Yet, despite the assertions, Hamas also finds itself managing conflicting roles – a reflection of the humanitarian and political situation inflicted upon the enclave. Israel employs the imperialist tactic of relegating Palestinian concerns to a mere humanitarian issue divested of the political – thus ensuring not only negligence but also irrelevance, to triumph.