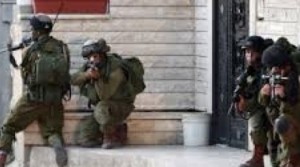 Israeli authorities have continued to keep under arrest a 14-year old Palestinian girl from the village of Betin, in the district of Ramallah, for the 19th consecutive day.

The Palestinian Prisoner’s Club (PPC) said in a statement released on Sunday that the Israeli authorities had arrested Malak Al-Khatib near her school on 31 December, 2014 under the pretext that she threw stones and was in possession of a knife.

The occupation’s Military Court in Ofer has held a hearing for Al-Khatib on 11 January, but no decision has been made regarding her. She is currently being detained in the Hasharon prison.

Al-Khatib is a student in the eighth grade at the School of Betin.