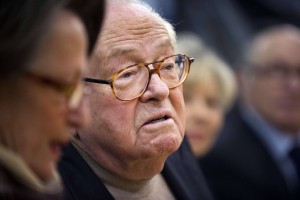 According to a report, published in The Independent, founder of France’s far right Front National, Jean-Marie Le Pen has said that the Charlie Hebdo massacre may have been the work of an “intelligence agency”.

In an interview with a Russian newspaper Komsomolskaïa Pravda, Mr Le Pen, suggesting that the attack was the work of American or Israeli agents seeking to foment a civil war between Islam and the West, the report said.

The independent report further says, “The shooting at Charlie Hebdo resembles a secret service operation but we have no proof of that,” the newspaper quoted Mr Le Pen as saying. “I don’t think it was organised by the French authorities but they permitted this crime to be committed. That, for the moment, is just a supposition.”

To justify his comments, Mr Le Pen pointed to the fact that one of the Kouachi brothers, who carried out the Charlie Hebdo massacre, left his identity card in a crashed getaway car. He compared this to the “miraculous fact” that one of the passports of the 9/11 hijackers was found on the ground in New York after two planes collided with the twin towers of the World Trade Centre in 2001, the report added.

He further said that the 1,500,000 who marched “against hatred” in Paris last Sunday were not “Charlies” but “Charlie Chaplins”.