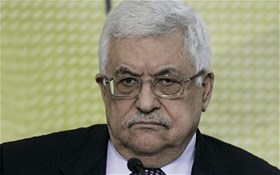 LONDON, (PIC)– The Palestinian Affairs Center in Britain launched a campaign calling for overthrowing the Palestinian Authority (PA) Chairman Mahmoud Abbas and prosecuting him on the backdrops of his “bargains” on Palestinians’ rights.

The center called on Palestinians to sign a petition, lodged Friday, saying this is the least one can do to thwart all attempts at transforming Palestinians’ cause and rights into bargaining chips and as a means to pressure the national factions to rescind Abbas’s legitimacy.

The petition spoke out against Abbas as a pioneer of concessions who has always put Palestinians’ rights up for sale, including their inalienable land rights and right of return.

The petition pointed out Abbas’s anti-patriotic stances exhibited in the smear campaigns he has always launched against the Palestinian resistance.

Abbas has stood as a stumbling block before the liberation of Occupied Jerusalem, the appeal further read.

Abbas has always had a hand in blockading Gazans and tightening the noose around their necks. He has tried by all means to abort international moves against the Israeli occupation as was the case with the Goldstone report and the United Nations Council for Human Rights, the petition proceeded.

It further denounced Abbas’s security coordination with the Israeli occupation and his incitements against the Gaza Strip.

The campaign called on Palestinians to endorse the petition posted on the center’s website, urging the masses to break their fear and translate their choices into actions.