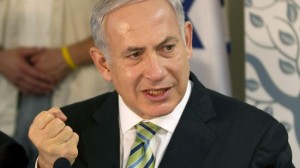 During a Wednesday news conference, the Israeli premier described the Tel Aviv regime’s month-long military aggression against the inhabitants of Gaza as “proportionate” and “justified.”

“I think it was justified, I think it was proportionate. That doesn’t in any way take away from the deep regret of loss we have for a single civilian,” Netanyahu said at a press conference in Jerusalem for foreign news media.

The criminal Israeli leader also pretended to feel sorry about the death of civilians in the besieged Palestinian territory, saying the heavy death toll is of “Hamas’ own making.”

He added that the attacks on UN schools were not only appropriate, but that it would have “been a moral mistake” to not attack those schools, because it would’ve given Hamas de facto permission to launch attacks from those schools.

The hawkish Israeli premier made the claims in a desperate attempt to exonerate Tel Aviv amid harsh international criticism of the regime for its brutal carnage in the impoverished Gaza Strip.

On Thursday, Amnesty International said Israel has conducted “deliberate attacks” on hospitals and health workers in Gaza, calling for an immediate investigation into Tel Aviv’s aggression.

Reports coming out of Gaza also indicate that the Israeli military has used banned weapons, including white phosphorous bombs, in its attacks on the residents of the densely-populated area.

About 1,900 Palestinians, including more than 400 children, have been killed and over 9,500 others wounded since the Israeli military first launched its brutal offensive against the Gaza Strip on July 8.