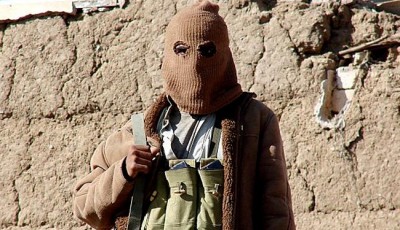 A Saudi former militant, fighting for the al-Qaeda-affiliated militant group Ahrar al-Sham says many of the Saudi nationals who joined the war in Syria are willing to retreat, but they are afraid of repercussions.

In an exclusive interview with Arabic-language MBC television network, the Saudi national, identified as Mosfir, spoke of torture threats he faced from militant groups operating inside Syria if he had wished to shun foreign-sponsored militancy in Syria and return home.

Mosfir said a large number of Saudi citizens fighting alongside militant groups against the Syrian government and national army are willing to return home, but they are afraid of possible arrest and reprisal.

He assumed that Saudi militants would eventually return to the kingdom irrespective of threats made against them.

The Saudi national went on to say that he was following Syria development on online social network Twitter, where Salafist cleric Sheikh Adnan al-Arour was encouraging the Arab youth to join militants in Syria.

He said Arour’s words impressed him, encouraging him to set off to Syria, where he witnessed horrendous scenes upon arrival and later immoral practices by Ahrar al-Sham radical group, of which he was a member.

Mosfir also highlighted that Saudi members of rival al-Qaeda-linked Islamic State of Iraq and the Levant (ISIL) and al-Nusra Front militant groups are fighting each other in Syria’s conflict.

He said he decided to renounce militancy and return home after hearing his mother’s appeal for his return in a video posted on YouTube.

Saudi Arabia’s newspaper Al Watan said in a recent report that some 1,400 Saudi Arabian citizens have joined foreign-backed militant groups which are fighting to topple the government of Syrian President Bashar al-Assad.

The report added that most Saudi militants, who have poured into Syria after the outbreak of the crisis in 2011, are teenagers.

The daily also noted that around 20 percent of the Saudi militants who have returned home say they had been deceived into fighting in the multinational war.

Syria sank into war in March 2011 when pro-reform protests turned into a massive insurgency following the intervention of Western and regional states.

The unrest, which took in terrorist groups from across Europe, the Middle East and North Africa, has transpired as one of the bloodiest conflicts in recent history.