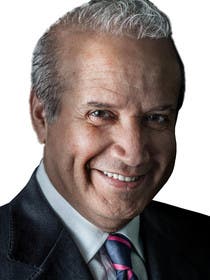 “I don’t care what the international community will say,” Turkish Prime Minister Recep Tayyip Erdogan said to his opponents over his decision to block Twitter.

No leader has done it since former Egyptian leader Hosni Mubarak blocked the internet in Egypt in the last days of his rule when millions of demonstrators filled Tahrir Square demanding his ouster. Even Syrian dictator Bashar al-Assad hasn’t done this.

Even his friend and comrade in the same party, the Turkish president Abdullah Gul, had to declare he did not approve of blocking the social media service.

But Erdogan did it. Just one week before the municipal elections in Turkey he blocked the site, depriving 10 million Twitter users in the hope of covering up scandals against him and his party. But why Twitter? The answer is this: Erdogan is currently controlling more than half of the public and private mass media, TV, radio and newspapers.

I don’t believe that Erdogan fears losing his position, glamour and popularity, or even his potentially brutal descent, as much as he fears being brought to trial if the evidence proves his personal involvement in his son’s illegal trade with Iranians.

He even forced judges to retire and cracked down on police investigators who dared to investigate accusations against his son and the children of two other ministers over large profits made from trading in Iranian gold.

Even if Erdogan succeeds with a news blackout on his citizens and wins the municipal elections, he still has to face the upcoming presidential elections and his situation will become more and more difficult.

Covering up the trail

I don’t believe that Erdogan fears losing his position, glamour and popularity, or even his potentially brutal descent, as much as he fears being brought to trial if the evidence proves his personal involvement in his son’s illegal trade with Iranians.

The leaked audio recordings make it appear that he’s the one who brought his son into this, advising him on financial negotiations with the Iranians in a secret deal, and asking him in a taped phone call on Dec. 17 to dispose of the cash he has after police investigators raided the houses of the ministers’ children. Erdogan says the phone call was fabricated and was an attempt to defame him. That is why if he loses, he will face a decisive challenge that may put his political future at stake and defame his brilliant career.

In fact, blocking Twitter is an indicator of Erdogan’s confusion. This is another flop that will increase oppositional voices, especially among the young people who rallied against his decision to eliminate a public park one year ago, an issue he stubbornly defended before ceding later.

Blocking Twitter means that the besieged government is going bust and it will only harvest additional anger. We all remember that the former Tunisian president Zine El Abidine Bin Ali blocked Twitter and Facebook in 2009 and he was ousted two years later through opposition messages on the social media site which became out of his control.

Former Libyan leader Muammar Qaddafi did the same in 2011 when the Libyans revolted against him, but he didn’t benefit much from this as the rebels were already carrying their arms in the streets.