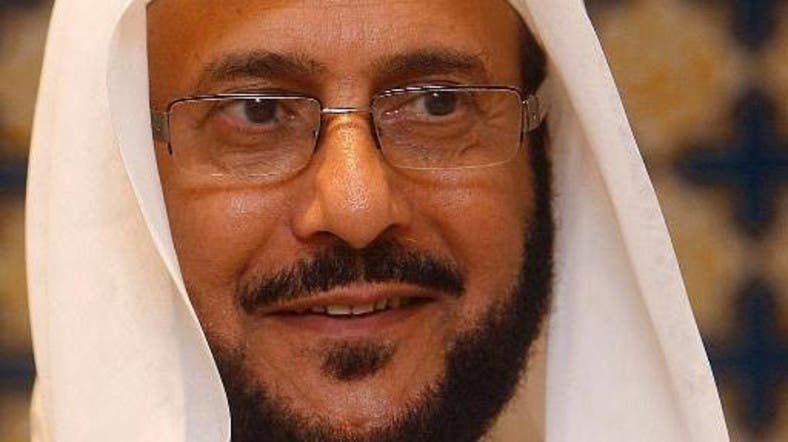 Al-Sheikh pledged to step down should there be “one case” that involves financial fraud.

The head of Saudi Arabia’s religious police Sheikh Abdulatif al-Sheikh has dismissed reports of financial corruption within the institution, a Saudi daily said on Friday.

Dubbing the reports as rumors, al-Sheikh pledged to step down should there be “one case” that involves financial fraud, even if it amounts to one Riyal ($0.27), the Saudi daily al-Riyadhreported.

Al-Sheikh, who expressed his satisfaction over the performance of the Commission for the Promotion of Virtue and Prevention of Vice (Haia), said those who are against reforming the institution are the ones disseminating corruption rumors.

He accused former members of the police force, who were discharged earlier for their “oppressive practices,” to be the ones behind the corruption rumors, the newspaper added.

Al-Sheikh blamed the former members of seeking to “tarnish the image” of his institution after they “lost interests from which they used to benefit in the past.”

In August 2013, a source in the Saudi National Anti-Corruption Commission (known as “Nazaha”) said it received a complaint with alleged violations with the religious police.

One of the violations included a contract with a real estate firm to rent a tower on Riyadh’s King Fahd Road, the Saudi daily newspaper Okaz reported at the time.

The contract was allegedly for SR17.8 million ($4.53 million), despite that the same building was previously approved for rental to the Ministry of Housing for SR15 million ($4 million).

The commission spokesman, Turki Al-Shaleel, rejected the allegations as baseless and part of attempts to smear the religious authority, according to local daily, Okaz.

Shaleel said the general secretariat of the commission reserves the right to prosecute parties that spread wrongful reports about it.

In a special interview with Al Arabiya News Channel aired on December last year, the head of the religious police, which is comprised of 6,000 members, said he was seeking a moderate approach to enforce the Shariah code in public.

“We are neither extremists nor too lenient. We follow the course of the Prophet Mohammad and we don’t seek to be repressive or brutal because this is not part of Islamic Shariah,” he said.

Al-Sheikh had said in February that there were “extremists” within the Commission.