The CIA inadvertently gave a terrorist leader the finances and credibility he needed to mastermind a major attack, claims a former spy.

Intelligence officer Morten Storm from Denmark was asked by the CIA to build a relationship with the head of militant group Al-Shabab, the group behind September’s attack, and handed over money and equipment on behalf of Western intelligence agencies to cultivate the group’s trust.

In 2008 he started to forge close contacts with the leader Abdukadir Mohamed Abdukadir, also known as Ikirma, in a bid to uncover information on potential targets and planned attacks. 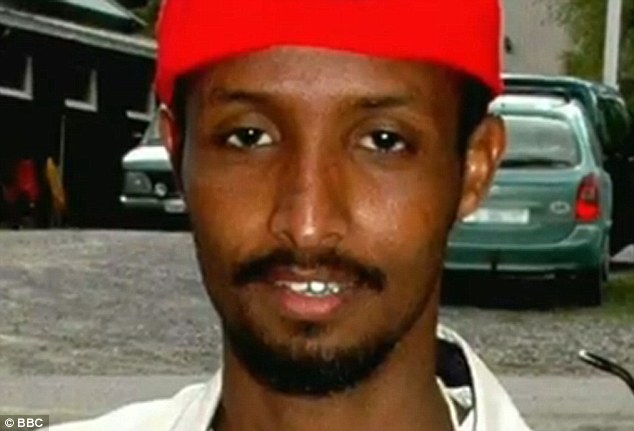 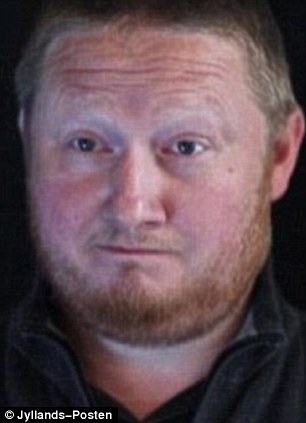 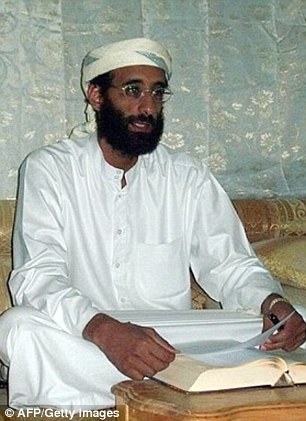 Agent: Morten Storm (left) converted to Islam after spending time in prison in Denmark. He then became involved in militant activities in Yemen and forged links with fundamentalist leaders including Anwar al-Awlaki

When Storm first met Ikrema he was a messenger for Ahmed Abdulkadir Warsame, an al Shabaab leader, according to a report by CNN.

Their first encounter was at a Somali restaurant on the first floor of the Jamia shopping mall next door to the main mosque in Nairobi. Two other jihadists were there with Ikrema.

Storm was meeting with Ikrema in order to get messages and equipment to Warsame. Storm was known to Warsame and to Ikrema as a fellow jihadist.

But the relationship broke down in 2012 when Storm left the CIA due to a ‘disagreement over a mission’ and he now claims the plan to provide Ikirma with money and equipment may have backfired spectacularly.

He also believes that had his relationship with the CIA not faltered he could have helped capture or kill the man believed to have gone on to plan the September attack on Westgate Mall.

Storm converted into to Islam after spending time in prison and developed extreme jihadist views and moved to Yemen in 2001.

He became trusted by fundamentalists and became involved in militant activities, including recruiting soldiers to fight in the Taliban.

However he was recruited by the CIA, MI5 and the Danish intelligence service, PET, as a double agent to information on operations in Yemen and Somalia and prevent attacks in Europe.

When Storm first met Ikirma, he was only a messenger for the jihadists and was sent to pick up an electronic device from the Danish agent by one of the groups then leaders. 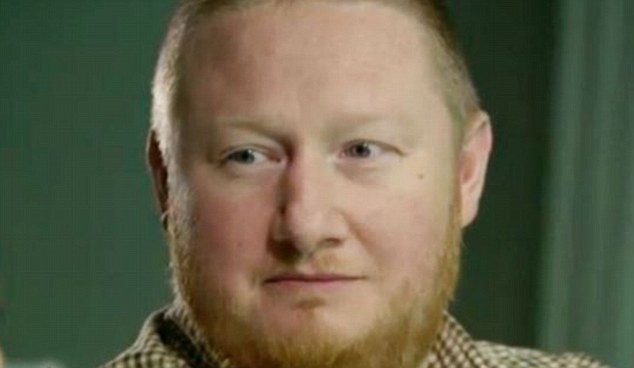 Undercover: The former spy from Denmark was working for numerous agencies including the CIA and Denmark’s PET while he was trying to infiltrate militant groups in Yemen 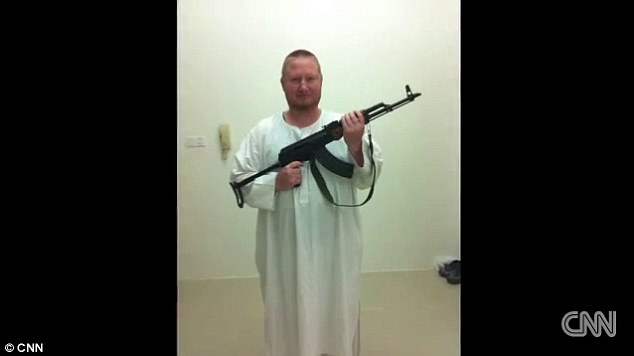 Storm became trusted by fundamentalists and became involved in militant activities, including recruiting soldiers to fight in the Taliban

As the relationship developed, Storm claims that the CIA, using him as a middle man, gave him resources, equipment and the authority he needed to mastermind a major terrorist attack, similar to the one in Nairobi which killed 67 people.

Storm, who has since retired from duty, told CNN that in March 2012 PET had offered him one million Danish krone (£125,000) to  lead them to Ikrima on behalf of the CIA.

Storm said Ikrima was at the centre of a global network connecting a number of terrorist operatives in Somalia, Kenya, Yemen, and the West and had emerged as the chief handler of foreign fighters because of his language skills and level of education.

Even though Storm is not aware of the exact role Ikrima played in the attack in Nairobi, he knows his track record and believes he had the capability to be one of the masterminds.

The former agent also insisted he might have been given an insight into the plans had he still been working for Western intelligence, but his relationship with PET and the CIA ended in mid-2012 after a disagreement following a mission in Yemen. 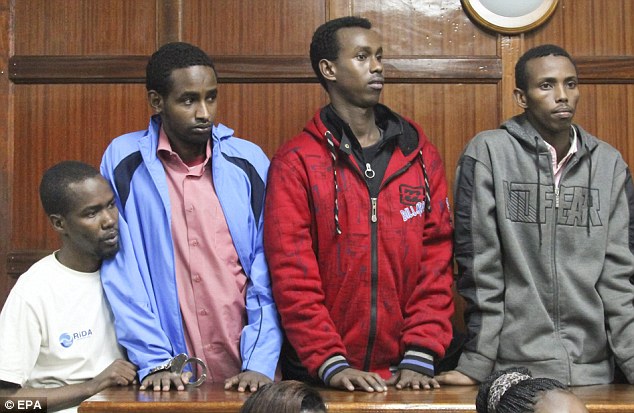 First appearance: Four suspects (left to right) Liban Abdullah Omar, Mohamed Abdi Ahmed, Hussein Hassan and Adan Mohamed Ibrahim stood in the dock today for a hearing at a courtroom in Nairobi accused of playing a part in the Westgate Mall bombing 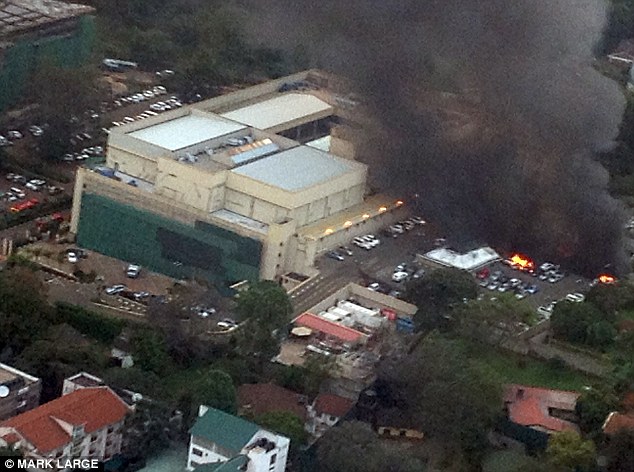 Capable: Storm was not aware of the direct role Ikrima played in the Westgate Mall massacre, but believes he had the potential to mastermind such an attack 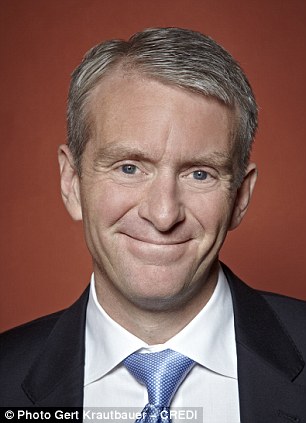 Inner workings: CNN reporter Nic Robertson’s interview with Storm provides a rare insight into how an intelligence agency, like the CIA, builds relationships with terrorists

He said: ‘I get really frustrated to know that Ikrima had been maybe involved in the Westgate terrorist attack. It frustrates me a lot because it could have been stopped and I’m sad I can’t be involved in this.’

‘He was one of the smartest ones I met in east Africa.’

One of Ikrima’s former associates also told CNN in Nairobi that he was the ‘main link’ between Somalia and the Kenyan-based militant group Al Hijra.

Now Western counter-terorrism officials fear his reputation in Jihadist circles worldwide will be bolstered by his escape during the U.S.Navy SEAL operation in Somalia last week, and he is now in a position to plan more deadly attacks in Europe and Africa.

CNN reporter Nic Robertson, who interviewed Storm, told MailOnline: ‘He is frustrated because he gave equipment and material to Ikrima which allowed him to build up his credibility in Al-Shabab.

‘When he first met him 2008, Ikrima was just a messenger in a group and now he is head of the organisation.

‘Storm’s viewing is that had the CIA paid closer attention to Ikirima and had the plans that were being put in place for Storm to keep closer tabs on him followed through, then there would be more information on their operations and potential targets.

‘His accounts of where he was and what he was doing has all checked out. Encrypted emails he has sent and received show he was in central position in the relationship. 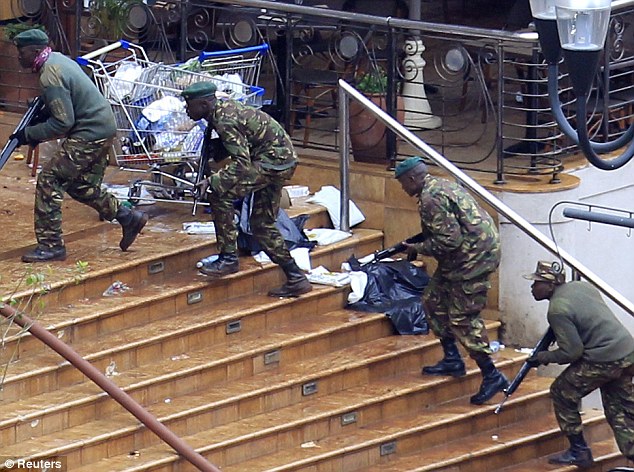 Helpless: Kenya Defence Forces soldiers take their position at the Westgate shopping centre. Storm says he is frustrated knowing he could have prevented the attack

Storm started his jihadist career in Yemen and, after he made contacts contacted the CIA, as well as Danish security agency and MI5.

‘To get closer into an organisation you need to build relationships. It can be a double-edged sword and in this case it was.

‘It put a smart guy in a position of power for a very negative effect. 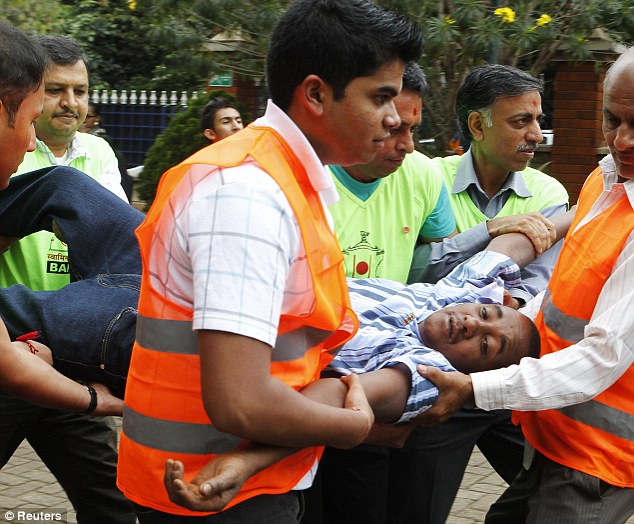 Tragedy: A man whose relative was killed during the massacre is carried out by hospital staff

‘Storm believes the attacks could have been thwarted. He is not involved in this anymore so he doesn’t know if Ikrima actually had a direct role.

‘But he knows Ikirma’s track record. Storm was seen as an important connection who could move between their worlds in Yemen and Somalia and the rest of the world.’

Ikrima is believed to be able to speak five languages – Norwegian, Swahili, Arabic, Somali, and English – which puts him in a position of authority in Al-Shabab.

Now said to be in his late twenties he was born into a middle class Somalian family in Mombassa, Kenya.

His family then moved to Nairobi where the young Ikrima excelled at school in the languages, including French.

After a successful education, he traveled to Norway in 2004, because of the potential economic opportunities in Europe, and took advantage of his Somali ethnicity which allowed him to apply for refugee status.

Despite being given documents to stay in the country, he did not fit in and started to become radicalised.

It is also believed Ikrima spent some time in Britain and lived in London for between six and 12 months.

The CIA would not comment on the story and PET said they could neither confirm or deny they knew Storm.