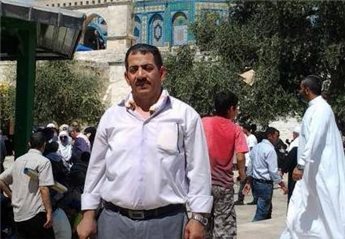 Sami Hussein, the director of the Follow-up Department at the Palestinian Prisoners Society, was seized by Israeli forces on Monday, September 2 at Jaba checkpoint near al-Ram and taken to an unknown location.

Hussein, 44, was recently released from Israeli custody after over a year in administrative detention without charge or trial. He has been detained on numerous occasions and served over 23 years in occupation prisons.

He was first imprisoned for four years, and then after his release, he was seized again and was imprisoned for 15 years, then from 2005 to the present, he has been repeatedly held without charge or trial under administrative detention.