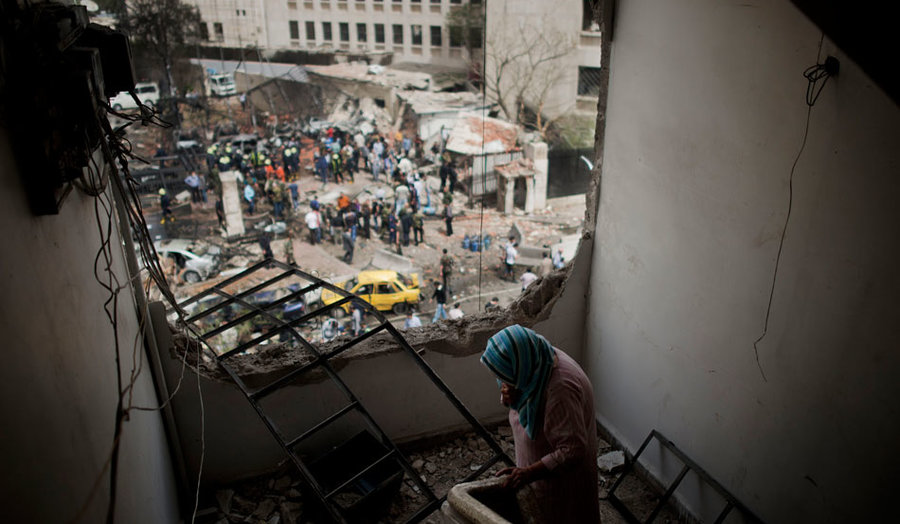 Uncertainty about how an attack could affect Syria?s civil war has led to disagreement among Western countries about how to respond.

BEIRUT, Lebanon — President Obama says he is considering a “limited, narrow” military strike against Syria — an aim that many Middle East experts fear overlooks the potential to worsen the violence in Syria and intensify a fight for regional influence between Iran and Saudi Arabia.

President Bashar al-Assad of Syria in Damascus this month. Some diplomats fear that a United States strike could increase anti-Americanism and help lead Mr. Assad into a wider conflict.

Supporters of the president’s proposal contend that a limited punitive strike can be carried out without inflaming an already volatile situation. But a number of diplomats and other experts say it fails to adequately plan for a range of unintended consequences, from a surge in anti-Americanism that could bolster Syria’s president, Bashar al-Assad, to a wider regional conflict that could drag in other countries, including Israel and Turkey.

“Our biggest problem is ignorance; we’re pretty ignorant about Syria,” said Ryan C. Crocker, a former ambassador to Syria and Lebanon, who has served in Iraq and Afghanistan and is dean of the Bush School of Government and Public Service, Texas A&M University.

The American strike could hit President Assad’s military without fundamentally changing the dynamic in a stalemated civil war that has already left more than 100,000 people dead. At the same time, few expect that a barrage of cruise missiles would prompt either side to work in earnest for a political settlement. Given that, the skeptics say it may not be worth the risks.

“I don’t see any advantage,” said a Western official who closely observes Syria.

In outlining its tentative plans, the Obama administration has left many questions unanswered. Diplomats familiar with Mr. Assad say there is no way to know how he would respond, and they question what the United States would do if he chose to order a chemical strike or other major retaliation against civilians.

That would leave the United States to choose between a loss of credibility and a more expansive — and unpopular — conflict, they said. “So he continues on in defiance — maybe he even launches another chemical attack to put a stick in our eye — and then what?” Mr. Crocker said. “Because once you start down this road, it’s pretty hard to get off it and maintain political credibility.”

For the United States, the challenge is to deliver the intended message to Mr. Assad without opening the door to a takeover by rebels linked to Al Qaeda, the collapse of state institutions, or a major escalation by Syria’s allies. Skeptics doubt that the United States — or anyone else — has the information to calibrate the attack that precisely.

That is partly because the United States is preparing to inject itself into a conflict that is no longer just about Syria, but has become a volatile regional morass that pits Iran and Hezbollah, the Shiite militant group in Lebanon, against Qaeda affiliates backed by Saudi Arabia and other Persian Gulf benefactors.

Iran’s and Syria’s defense ministers threatened on Friday to unleash attacks on Israel if Mr. Assad was in danger. While Hezbollah has said it would wait to see the scale and nature of the attacks before responding, in practice, analysts close to the organization said, it is probably prepared for any contingency.

There is also concern that Shiite-led Iraq could send thousands more militants to help Mr. Assad if it believed he was truly threatened, and that such a step would in turn further rally and embolden Sunni jihadists on both sides of its border with Syria.

Many diplomats and analysts consider retaliation unlikely, but the consequences could be grim. Israel has vowed that if Hezbollah attacks it again, it will respond forcefully, drawing Lebanon into war. And if Syria lobbed missiles into Israel and it responded with airstrikes through Lebanese airspace that threatened Mr. Assad further, Hezbollah would consider that further justification to attack Israel.

Even without such a direct entanglement, Lebanon could be very vulnerable. It has recently suffered its worst sectarian violence in years: a car bomb in Shiite Hezbollah territory in the Beirut suburbs, and two at Sunni mosques in the northern city of Tripoli. Lebanese authorities accused Syria on Friday of involvement in the Tripoli attacks, and intelligence officials fear such bombings could increase.

Within Syria, there is also the prospect of civilian casualties, either from errant American missiles or among people near the target sites. The Syrian government has put some military bases in populated areas, and thousands of political and other prisoners are held in security buildings. Although the strikes are said to be aimed at elite units involved in chemical weapons use, Reuters reported Friday that many Sunni conscripts have been effectively imprisoned on bases because they are not trusted, leaving them vulnerable, too.

Significant casualties among the very people American officials say they are protecting could be exploited by the government. “That will completely empty any justification for this” in the eyes of many, the Western official said.

Some likely targets are in areas that up to now have remained relatively secure, including the corridor from western suburbs of Damascus to the Lebanese border. And in Damascus itself, a bubble of relative security, residents have expressed fear that in the aftermath, clashes could erupt. That could create a new humanitarian crisis and new refugee flows to Syria’s already burdened neighbors. American officials say they do not expect a refugee crisis because of the strikes’ limited nature, but Human Rights Watch has called on them to plan for the unexpected.

“We haven’t received any indication that plans for beefed-up humanitarian response are under way,” said Lama Fakih, the group’s deputy director in Beirut.

Anger over American involvement could also undo one of the major benefits to American interests from the Arab uprisings by restoring the alliance against Israel that Iran, Syria and Hezbollah had with the Sunni Palestinian group Hamas. The conflict in Syria has sorely tested that alliance, with Hamas supporting the Sunni-led Syrian rebellion.

Verifying information in Syria is extraordinarily hard, and another risk, however remote it may seem to American officials, is that it turns out that the Assad government was not responsible for the chemical attack. In any case, in a region where many have their doubts after the faulty intelligence that led to war in Iraq, wide sectors of the public may remain convinced. That would allow Mr. Assad to paint himself as the victim of an unjust American intervention and draw more supporters back to his fold.

All that said, no one is suggesting that the United States or other countries should turn a blind eye to the use of chemical weapons or the suffering of civilians. The problem, Mr. Crocker said, is to figure out a response that leaves the Syrians, the region and the United States in a better position rather than entangled in another messy conflict with an uncertain outcome.