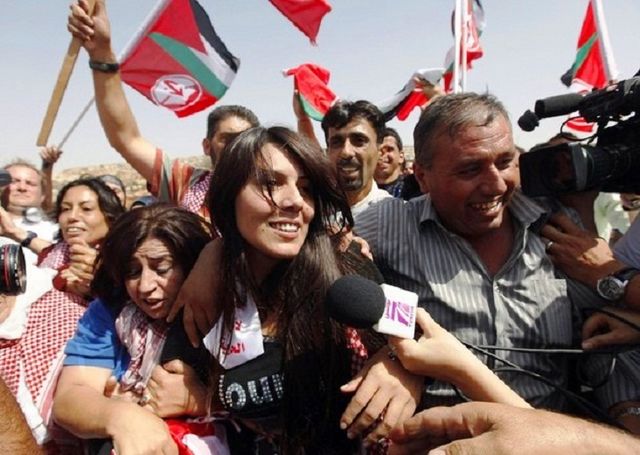 Linan Abu Ghoulmeh on her previous release from prison

Linan Abu Ghoulmeh was sentenced today to 2 months (60 days) in Israeli prisons for entering without a permit, and a fine of 1000 NIS. Myassar Atyani’s detention was continued until Wednesday, August 28 when she will face another hearing. Earlier, Leena Jawabreh was sentenced to 1 month (30 days) and a 1000 NIS fine on the same charges. For more info and to take action on their cases, see:http://samidoun.ca/2013/08/action-alert-three-leading-palestinian-women-prisoners-activists-arrested-take-action/

Linan Abu Ghoulmeh is a former prisoner who was last released from administrative detention on October 18, 2011 as part of the prisoner exchange.