If the alleged chemical weapon use in Syria is true, it would defy all logic. But the burden of proof now lies with Syria’s president 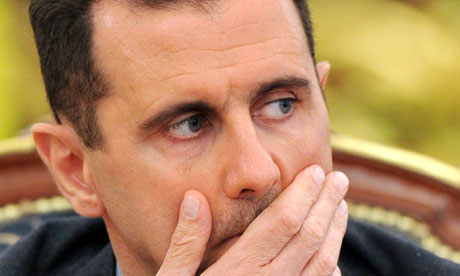 It is in Assad’s interests to ­co-operate with the UN inspectors.

Although we do not have independent information as to whether Bashar al-Assad’s regime fired chemical weapons on the eastern suburbs of Damascus and killed hundreds of civilians, as the opposition claims, the burden of proof, morally and legally, lies squarely on the shoulders of the Syrian president.

If the regime’s counter-claims of denial are to be believed, Assad must convince the Syrian people and the world. He can do this by allowing the United Nations inspectors access to the rebel-held Damascus suburb of Ghouta, where this apparent massacre occurred. A 20-strong UN team is already in Damascus, investigating three other incidents of alleged chemical weapons attacks said to have taken place six months ago.

The UN, together with scores of nations, has called on Assad to grant permission to its inspectors and allow them to conduct a “thorough, impartial and prompt investigation”. Assad’s prompt agreement would not only show his sincerity about addressing the serious and urgent concerns of the international community, but could also forestall western military strikes. His refusal could prompt such a strike.

If proven, and given the scale of the atrocity, the “red line” established by US president Barack Obama about the use of chemical weapons has surely been crossed. Pressure is mounting on Obama at home. Some US lawmakers immediately renewed calls for the administration to intervene more decisively in the Syrian conflict.

France has already threatened to retaliate militarily against Syria after a UN security council statement failed to agree to call for UN inspectors to investigate. French foreign minister Laurent Fabius said: “If it is proven, France’s position is that there must be a reaction, a reaction that could take the form of a reaction with force.”

It is therefore in Assad’s interests – and it is his responsibility – to co-operate with the UN inspectors.

However, it is also important to note that, analytically and strategically, his alleged use of such weapons defies logic. Beyond the nature of the attack itself, therefore, there are other questions the international community needs to ask.

First, why would the Syrian government use chemical weapons on such a scale while there is a strong team of UN inspectors in Damascus? That would be foolish and reckless.

Second, why would the Syrian army use non-conventional arms when it had already gained the upper hand in Ghouta, a strategic suburb, in the past nine months? The town has been besieged and under constant attack by the Assad forces – they have recently launched a major assault to recapture on the suburb. A few days ago the Syrian National Coalition released a public statement naming Ghouta mintaqa mankuba[a disaster area] and calling on the international community to pressure Assad to allow food and medicine to be delivered to the besieged neighbourhoods.

Third, why would Assad utilise chemical weapons at this stage and bring about a potential western military intervention? His decision to allow the UN to investigate the earlier alleged chemical attacks was designed to neutralise the opposition’s calls for direct western intervention.

If history is a guide, Assad may indeed have been reckless and irrational – but again, only a thorough, impartial and prompt investigation by the UN can hope to answer these questions.

Meanwhile, the debate must not make us lose sight of the catastrophe unfolding before our eyes. Toxic gas or not, hundreds of people, including many children, perished in a single day – the largest atrocity of the two-and-a-half-year war so far. What began as a popular uprising against Assad family rule has turned into a nightmare, a heartbreak, a prolonged war of attrition with no end in sight. As the country becomes a playground for the merchants of death from near and far, its diverse social fabric is coming apart and extremism has taken hold of the traditionally tolerant Syrian soil.

Regional and international powers wage wars-by-proxy on Syria’s killing fields while pretending to support the aspirations of its people. No wonder the international community is paralysed. The watered-down final statement by the UN security council on the apparent use of chemical weapons in Ghouta is just one case in point. In the meantime, the body count has exceeded 130,000.