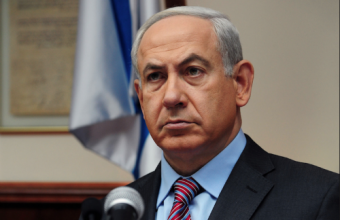 EU plans to restrict funding of Israeli bodies connected to East Jerusalem, the West Bank, and Golan Heights.  The state of Israel refuses to sign any future agreements acknowledging that Israel lacks sovereignty of regions beyond the ’67 borders.

The new EU guidelines restrict funding and financial investment, including grants, stipends, scholarships, and prizes to Israeli bodies with direct or indirect connection to the continued occupation of Palestinian territories.  The guidelines also require any agreement signed between the EU and Israel to contain a clause stating that settlements in East Jerusalem, the West Bank, and Golan Heights are not considered a part of the State of Israel.   The restrictions will take effect on January,1 2014.

Haaretz reported that a diplomatic source present at the Thursday meeting in Tel Aviv stated that Israel would not be able to sign agreements with the EU, and that they “will request additional clarifications from the EU in order to better understand the significance of the guidelines.”

Israel’s Wednesday meeting with EU representatives will go on as planned.  Israel hopes to make clear at the start and end of the meeting that it will sign the present accord on the condition that the EU change the wording of the guidelines, specifically that regarding settlements.

Following the 1967 Six-Day War Israel defines East Jerusalem and most of the Golan Heights as falling within its sovereign borders.  Although the West Bank is Palestinian territory more than 60 percent of the area is controlled by Israel.