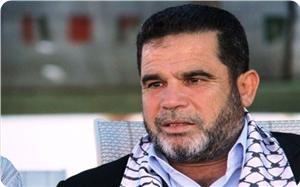 GAZA, (PIC)– Senior Hamas official Salah Al-Bardawil categorically denied there were understandings with Fatah faction about the date of the elections and the formation of the new government.

Bardawil added in a press statement to Quds Press that the resignation of Salam Fayyad from his post as head of the Palestinian authority government had nothing to do with any reconciliation agreement.
“What was claimed by director of the reconciliation file from Fatah Azzam Al-Ahmed in this regard is beyond reality and like a smoke screen to confuse things,” Bardawil stated.

“There is no agreement at all on the date of the elections and the formation of the government, and the resignation of Fayyad was not related to the reconciliation. All these are unfounded allegations” he added.

“The reconciliation has reached a stalemate and it is in the pocket of the US secretary of state John Kerry who asked to give him a three-month timeframe for the restart of the talks between the occupation and the Palestinian authority. This is unfortunately a new game played by the American administration in coordination with the occupation to buy some time in order to Judaize the holy sites and occupy more Palestinian lands,” the Hamas official underlined.

He added that the PA is involved in this game through its political agenda which is far from reality.

For his part, Hamas spokesman Sami Abu Zuhri reiterated his Movement’s readiness to execute the Doha declaration as part of the reconciliation agreement fully and not selectively.

“If Fatah committed itself to implementing the agreement fully, and respected our people’s right to have simultaneous elections for the PLO and the PA according to the agreement and not only for the PA, this would provide a new opportunity to push forward the reconciliation efforts,” the spokesman added.