Hackers had promised a mass assault to protest over Israeli policy toward the Palestinians, with the campaign appearing timed to coincide with the memorial day, which begins at sundown tonight.

However, Israeli officials have said that the plan to shut down the country’s websites failed to cause any serious disruptions, despite threats from the Anonymous hacker collective. 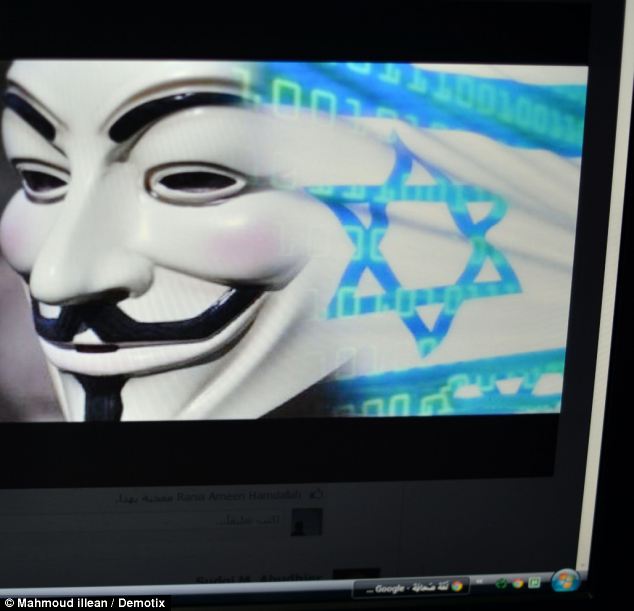 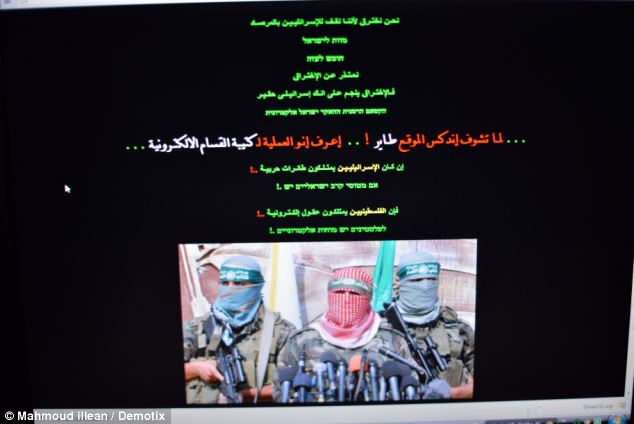 Attack: The mass assault was part of a strike called #OpIsrael in protest over Israeli policy towards the Palestinians

The cyber attack was the latest in an almost constant effort by Israel’s enemies and ideological opponents to shut down its vital websites.

Most of the attacks have had little impact, and Israeli experts even say they welcome the attempts as ways of sharpening their defenses.

Israel itself is accused of taking part in much more sophisticated cyber attacks against its enemies, particularly Iran.

Web posters using the name of the hacking group Anonymous warned they would launch a mass attack on Israeli sites in a strike they called #OpIsrael, starting today.

An official from the militant Palestinian Hamas, which rules the Gaza Strip, praised the attackers.

‘God bless the minds and the efforts of the soldiers of the electronic battle,’ Ihab Al-Ghussein, Gaza’s chief government spokesman, wrote on his official Facebook page.

However, by late afternoon, few disruptions had been reported.

The Foreign Ministry’s website was taken down for a few seconds, but no other ministries behind the government firewall were affected, said Ram Alfia, an official at the Finance Ministry, which oversees the government’s websites. 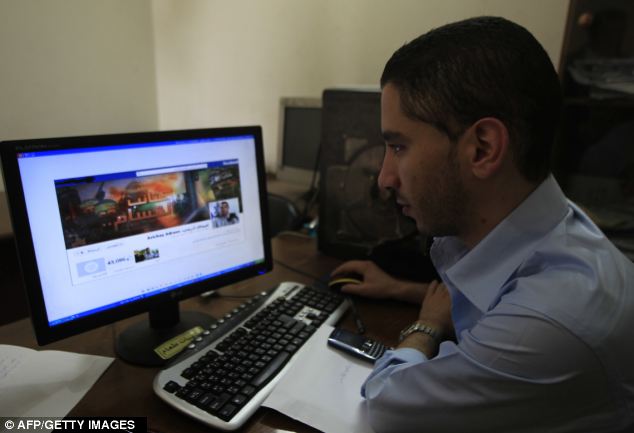 Concern: A Palestinian man looks at the Facebook page of Avichay Adraee, the spokesman of the Israeli Army to the Arabic media, after hackers replaced his cover photo with that of the Ezzedine al-Qassam Brigade

He said some slowdowns in local Internet service were expected because of government countermeasures.

The Yad Vashem Holocaust memorial was among those targeted. Its website was operating fully on the eve of memorial day for the victims of the Holocaust, the time apparently set for the assault.

Israel is considered one of the world’s cyber powers. Its secretive high-tech military units have helped turn the country into a leader in cyber security, and Prime Minister Benjamin Netanyahu has identified cyber security as a top priority.

Israel is also said to be a cyber attacker itself. Among other operations, it was widely believed to have been involved, along with the United States, in the Stuxnet virus, which damaged Iran’s nuclear development program in 2010.

Israel has never commented on the allegations.

‘The Israeli people have a lot of knowledge in security, they know what they are doing in security and we can see that no major sites have been hacked,’ said Roni Bachar, head of the Israeli cyber security firm Avnet.

‘The major sites have got professional people … and fixed all the problems on the sites on a regular basis.’

Isaac Ben-Israel, a former director of the government’s National Cyber Bureau, said that the hackers failed to shut down key sites. 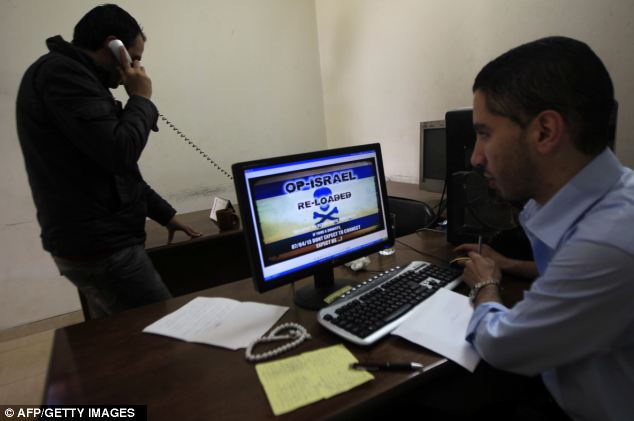 Target: The ‘#Op_Israel’ campaign reportedly hit the websites of the Israeli premier’s office, the defence ministry, the education ministry and the Central Bureau of Statistics 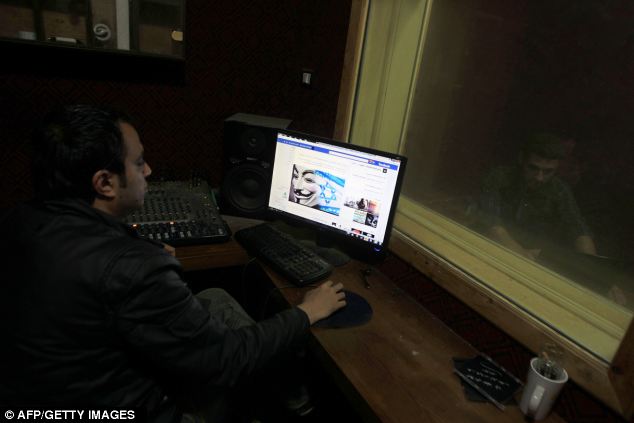 Dismissed: Israeli officials said that the plan to shut down the country’s websites failed to cause any serious disruptions, despite threats from the Anonymous hacker collective

‘So far, it is as was expected. There is hardly any real damage,’ Mr Ben-Israel told Israel’s Army Radio.

Israeli media said small businesses were targeted, and some websites’ home pages were replaced by anti-Israel slogans. In retaliation, Israeli activists hacked sites of radical Islamist groups and splashed them with pro-Israel messages.

Shlomi Dolev, an expert on network security and cryptography at Israel’s Ben-Gurion University, said attacks of this kind will likely become more common.

‘It is a good test for our defense systems, and we will know better how to deal with more serious threats in the future,’ he said.

He said Israel is well prepared to deal with the attacks.

‘This is a real battle. It is good training for our experts,’ he said.

Mr Dolev, who also serves as chairman of the Inter-University Communication Center, which connects Israeli universities and research branches of companies like IBM, added that 40 security experts from the center ‘are looking forward to play with the attackers’.

Hackers have tried before to topple Israeli sites, with limited success.

In January 2012, a hacker network that claimed to be based in Saudi Arabia paralyzed the websites of Israel’s stock exchange and national airline and claimed to have published details of thousands of Israeli credit cards.

A concerted effort to cripple Israeli websites during November fighting in Gaza failed to cause serious disruption. Israel said at the time that protesters barraged Israel with more than 60 million hacking attempts. 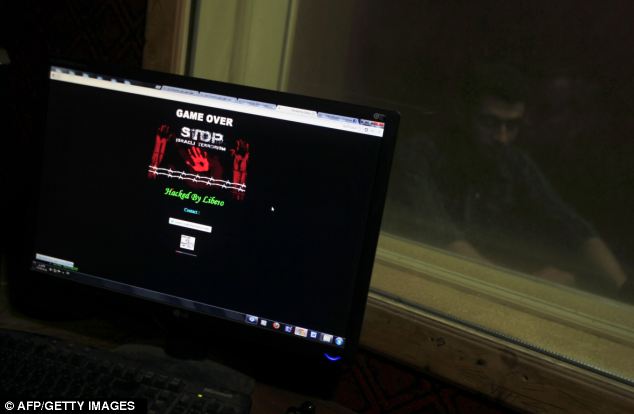 Coping: Israeli experts believe that similar attacks will become more common, and that the protest had allowed them to test out defense systems