Updated at 2:45pm: Dozens of Israeli websites were hacked in early hours Sunday, including pages of the prime minister’s office and the Tel Aviv stock exchange, in the largest cyber offensive yet against the Jewish state.

The operation is being dubbed #OpIsrael and is said to be led by hacker group Anonymous, which says it aims to wage hacking operations against human rights violators. Several official websites were covered in photos of long-term hunger striker Samer Issawi, deceased Palestinian prisoner Maysara Abu Hamdiyeh, and slain Hezbollah commander Imad Mughniyeh.

The names and email addresses of some 1,500 Mossad agents have also reportedly been made public in a Google Doc.

The organizers said Sunday would be “the largest Internet battle in the history of mankind” that would eventually “wipe Israel off the map of the Internet” on April 7. Over 19,000 Israeli Facebook pages are reportedly down. Below is an Anonymous video warning of Sunday’s offensive:

Israel has staged incursions into some West Bank towns, such as Hebron, in recent hours, raiding houses and confiscating computers, according pan-Arab network al-Mayadeen and several activists.

“The country was much better prepared than it was a year ago when there was a wave of attacks on the stock exchange and El Al (Airlines) and such sites,” Ben Israel said. “This time the attack is bigger in its scope and intensity, but we are better prepared.”

The following tweet includes a list of sites whose hacking had been verified by anonymous. Al-Akhbar can confirm that the sites of ISS Congress, Prime Minister Benjamin Netanyahu’s office, the Tel Aviv stock exchange, the Defense Ministry, the Finance Ministry and several others were down at 2:30 AM local time Sunday.

PHOTO: Some of the Zionist websites that got hacked few minutes ago!look at them!! #OpIsraelpic.twitter.com/cOHt0aGzcE 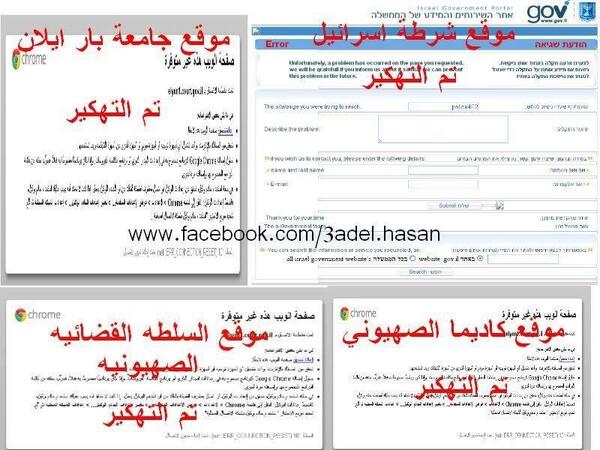 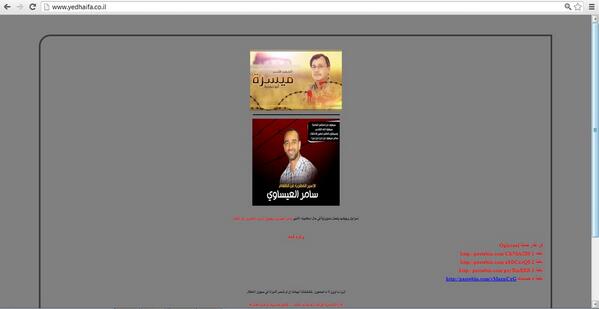 Most of the websites were all back to normal by early afternoon Sunday, except for the Knesset’s website, which was not accessible.

Haaretz writer Anshel Pfeffer wrote that his newspaper received a suspected phishing email that appeared to be an attempt to hack the Israeli newspaper.

Haaretz journalists just got what looks like a phishing email (from “HRW Iraq”). An attempt to hack us? Part of @YourAnonNews #OpIsrael?