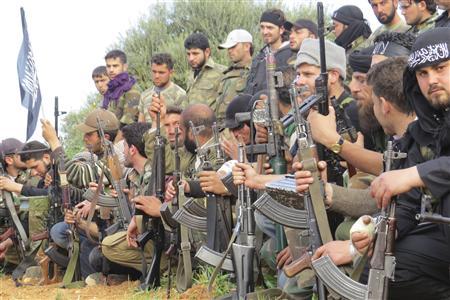 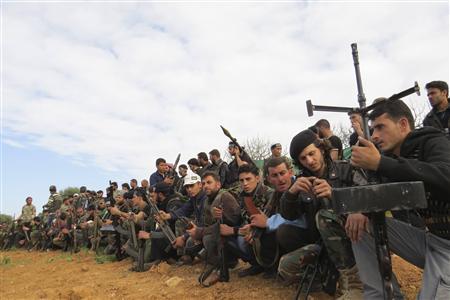 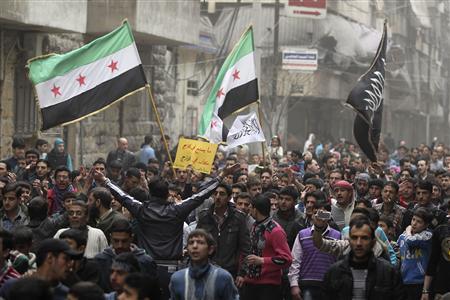 (Reuters) – Rebels seized an air defense base near Syria’s strategic southern international highway on Saturday, activists said, a gain that could bolster opposition fighters trying to secure supply routes to the capital Damascus.

Syria’s southern provinces bordering Jordan and Israel have become an increasingly significant battleground as the capital comes into play, with President Bashar al-Assad’s forces and his loyalist militias hitting back hard to prevent rebel advances.

The Britain-based Syrian Observatory for Human Rights, which has a network of sources across Syria, said the base commander was among those killed in the two-week battle for the air defense site in Deraa province bordering Jordan.

“Fighters from the Nusra Front, Yarmouk Martyrs Brigade, and other battalions seized control of the 38th division air defense base, near the town of Saida on the Damascus-Amman highway, after 16 days of fierce clashes,” the Observatory said.

The Nusra Front is an Islamist militant group suspected of links to al Qaeda and blacklisted by the United States as a “terrorist group”. Its forces, which include foreign fighters, have come to increasing prominence in the revolt.

Videos published by opposition activists showed cheering fighters driving tanks around the base and loading boxes of ammunition onto flatbed trucks. The rebels also said in the videos they had freed dozens of prisoners held at the base.

A video uploaded by the Observatory showed what it said was the body of base commander General Mahmoud Darwish lying in a pool of blood in a bathroom.

Other activist videos showed the corpses of soldiers in camouflage fatigues scattered in the grass outside the base, shot in the head.

It was not immediately possible to verify the pictures or opposition reports. The Syrian government has severely restricted access to Syria for foreign journalists and international aid groups.

Fighting has also raged near the border with Israel, which is increasingly concerned Islamist rebels may be emboldened to end the quiet on the Golan front maintained by Assad and his father before him during their four decade rule of Syria.

Israel captured the Golan plateau from Syria in the 1967 Middle East war.

Rebels on Wednesday overran at least three towns near the Israeli-Syrian disengagement line but appeared to lose ground after militias loyal to Assad pushed them back in a fierce battle.

Rami Abdelrahman, head of the Observatory, said he recorded one of the heaviest single death tolls for rebels in the fighting near the Israeli border.

“We have 35 fighters recorded by name and at least 20 more missing, this is a huge number to be lost in a single battle and shows how hard they (Assad’s forces) are fighting for these areas,” Abdelrahman told Reuters.

He said the pro-government militias involved were made up of fighters from Syria’s Druze minority, a sect which for some time had stayed on the sidelines of the conflict but now increasingly appears to be throwing its weight behind Assad.

Their involvement could increase sectarian bloodshed in Syria, already wracked by tensions between the Sunni Muslim majority that has led the uprising and the Alawite minority to which Assad belongs.

Tit-for-tat kidnappings and killings between the sects have become common as the uprising spiraled into a bloody civil war that has killed more than 70,000 people.

Alawite opposition campaigners, increasingly concerned for the fate of their community as fighting continues, will meet this weekend to discuss options for supporting a democratic alternative to Assad’s rule and try to distance themselves from security forces attempts to crush the revolt.